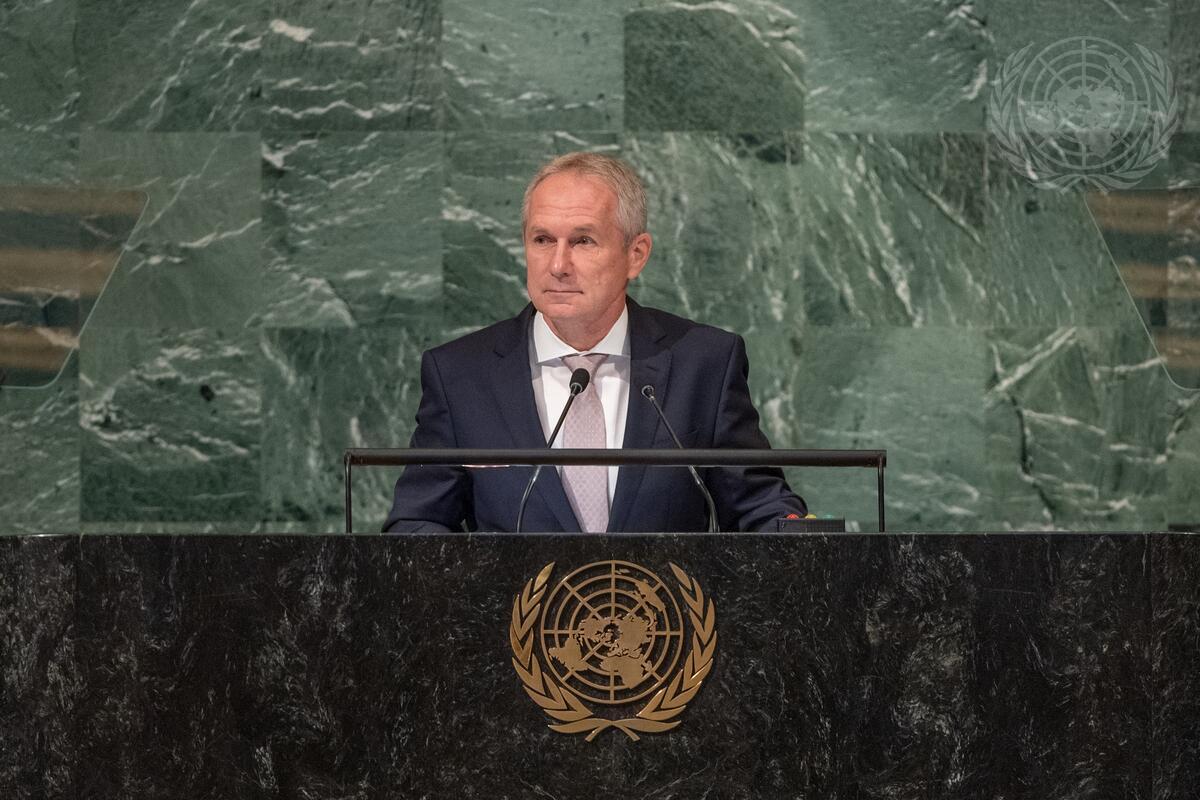 CSABA KŐRÖSI (Hungary), President of the seventy-seventh session of the General Assembly, underlined the need for solutions to surmount global, interconnected challenges through solidarity, sustainability and science. While leaders of the world gather today “at the most consequential moment of the last four decades”, the world is in a permanent state of humanitarian emergency, with over 300 million people in urgent need of humanitarian aid and protection, a 10 per cent rise since January.  Driven by climate change, COVID-19 and conflict, global hunger has reached alarming levels.  The effects of war, bloodshed and suffering in Europe and a revival of nuclear treats and record-height inequality and inflation have impacted the international community.  “It all tears the planet apart,” he said, adding:  “We owe it to our children to leave behind a livable world” he stated and pointed to science to guide us.

Science offers neutral evidence to direct actions, he continued.  The International Panel of Climate Change’s research has proven to be an invaluable tool for supporting political decisions to combat climate change.  The success of the Panel and climate diplomacy should be replicated in other areas, such as water, energy, food and biodiversity.  In that vein, he announced a series of consultations with the scientific community to bring “knowledge from microscopes to microphones”.  More building blocks for transformation are at the world’s disposal, he pointed out, citing the 2030 Agenda for Sustainable Development, Sendai Framework, Water Action Agenda, Paris Agreement on climate change, Addis Ababa Agenda and Our Common Agenda all describe the world people want and offer the avenues to get there.

However, during these times of interconnected challenges and crisis, the international community cannot compromise on protecting human rights and upholding the rule of law, he said, also calling for full participation of women in decision-making and leadership.  Noting that the United Nations General Assembly Platform of Women Leaders is also taking place this week, he underscored that data shows crisis response is more effective when women take the lead.  He encouraged for Member States to engage substantively with this issue, stressing:  “It has to do with equity and equality — but above all, human dignity.”  He also advocated for Security Council reform to reflect twenty-first century realities.  This is a matter of credibility for the entire Organization and multilateral order.  Calling upon all Member States to take on their responsibilities and cooperate with one another, he emphasized:  “Things get better, when we make them better.  Things go wrong, when we fail to seize the opportunities before us. Our opportunity is here and now.  Let us act.”