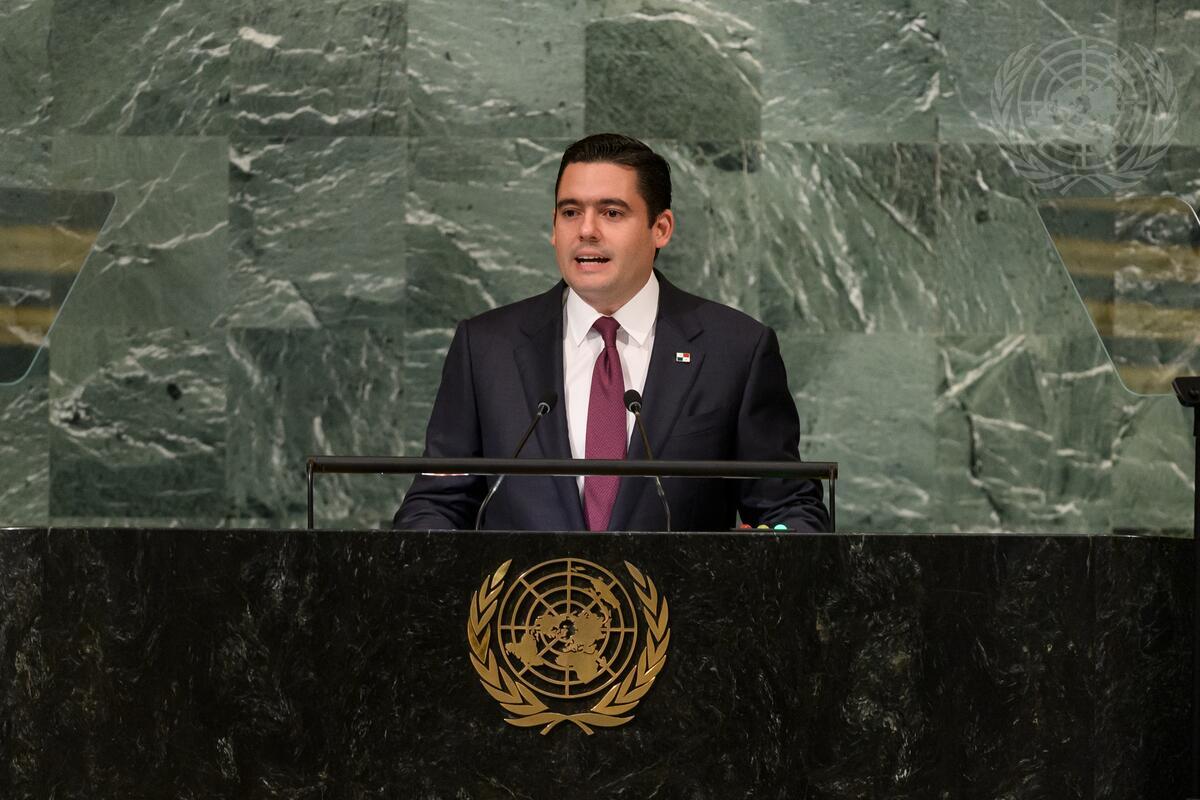 JOSÉ GABRIEL CARRIZO, Vice-President of Panama, in fully aligning his country with the themes of the seventy-seventh session of the General Assembly, called for the promotion of creative solutions, greater solidarity and science as an ally to address future challenges, saying “it is a selfish act to concentrate rather than to share knowledge.”

Elaborating on Panama’s focus on saving lives, avoiding the collapse of the health system and maintaining social order, he highlighted his Government’s work in addressing unacceptable levels of inequality, consolidating democracy and strengthening the independence of the justice system which included Supreme Court appointments based on merit, the majority of whom are women.  Panama, he continued, demonstrated creativity and innovation in responding to the COVID-19 pandemic by developing technology tools to directly provide care and implement centralized tracing and monitoring systems.  In preventing the disruption to schooling, Panama also guaranteed free Internet access including for remote communities.  He then spoke of a platform under development on real-time medicine availability, location and competitive pricing and offered to share Panama’s experiences and advances with the international community.  Expressing his steadfast belief that dialogue, civic participation and consensus build social peace, he highlighted Panama’s response to protests and the broad consultations and national agreements on addressing the rising costs of food, medicine and gasoline.  For the global context, he stressed, “dialogue is the only way to shrink the space available to extremism.”

On the manufacture, supply and distribution of medicines, he lamented the mercantile and mercenary situation in which millions of people do not have access adding “such a system which is shameful to humanity cannot continue.  It is everyone’s responsibility and its global implications must be examined and addressed.”  In calling for access to medicines to be valued as a human right, Panama proposed the adoption of a global initiative to resolve excessively high prices and the lack of access.  Turning to migration, he noted the situation includes and conceals criminal organizations engaging in human trafficking.  In referencing Panama’s state policy on helping migrants out of solidarity and humanity, he stressed the involvement of recipient and host countries.  Countries of origin must also be involved by addressing the poverty and social marginalisation fuelling irregular migration.

Expressing his country’s belief that the current development model needs to be transformed, he called for considering biodiversity’s value and seeking healthy and sustainable ecosystems.  In acknowledging the harsh criticism from young people over the climate summits, fora and declarations which have occurred against the backdrop of rising emissions, deforestation and water pollution, he asked the international community “how can we gain the trust of new generations while the planet on which we live and on which our descendants will have to live is being decimated before their eyes?  How many more lives must be lost?  How many more natural disasters unfurl?”  Wondering when the ecocide will stop, he called out the large emitters of gasses, promoters of deforestation and chemical polluters.  In advocating for the establishment of an international body which demands accountability from those who damage the planet, he reiterated Panama’s continued commitment to building a new world that ensures human health and life on the planet, a world with more solidarity and peace.