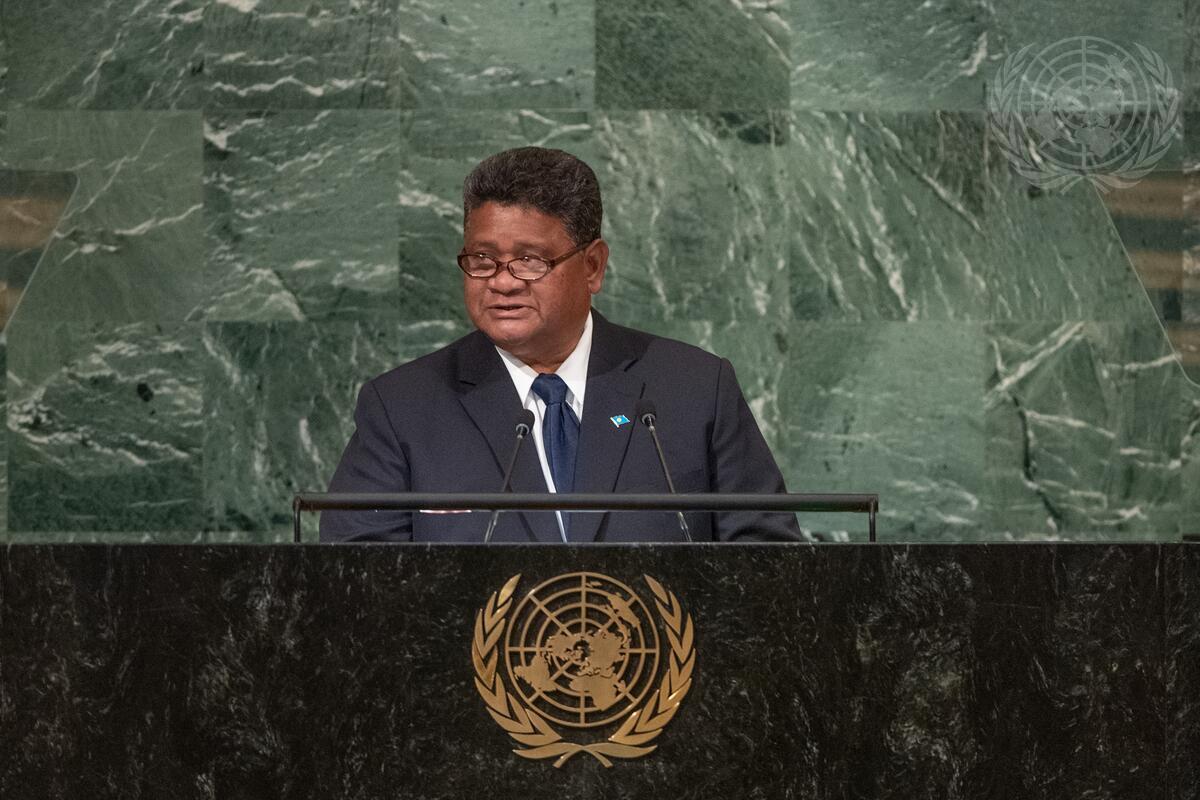 GUSTAV N. AITARO, Minister for Foreign Affairs of Palau, said that — while war may be viewed as a “heart attack” — “the climate crisis has been like diabetes, insidious and wearing us down”.  In Palau, the Government has been unable to buy new textbooks or improve nutrition programmes because so much of the country’s fiscal resources and energy are dedicated to addressing disaster relief.  However, despite the challenges of the last year, there is hope in the fight against climate change as the youth, the private sector and civil society are more engaged than ever.  Further, the Glasgow Climate Pact was adopted, and large emitting countries such as the United States and Australia have passed significant legislation to shift domestic policy.  He pointed out that the energy crisis, driven by the Russian Federation, has demonstrated that energy independence and renewable energy sources build resilience in economies and that Palau, which has felt the strain of skyrocketing energy costs, intends to achieve a complete transition to renewable energy.

Recalling a Palauan saying that roughly translates to the English idiom “those who live in glass houses shouldn’t throw stones”, he stressed the need for people to look at their own actions before criticizing those of others.  In that vein, Palau’s President has committed to transitioning to 100 per cent renewable energy by 2032 and the country hosted the seventh Our Ocean Conference in April to show people from all over the world first-hand the challenges that small island developing States face.  Underscoring that there cannot be a sustainable solution to ocean issues without management and rules for the high seas, he expressed disappointment that a treaty relating to biodiversity beyond national jurisdiction was not concluded and stressed that the opportunity to establish regional marine protected areas, build maritime-surveillance capacity and facilitate the transfer of marine technology should not be further delayed.  He went on to say that the adoption of a multidimensional vulnerability index “cannot just be discussed in financial boardrooms”, as it has real impact on the lives of island peoples.

Noting that small island developing States are more vulnerable than their income level would suggest, he said that adoption of such an index facilitates climate action and could bring equity to global financing.  He then turned to his country’s free association by compact with the United States, in which the latter country promised to help Palau with its development needs following its independence.  While some development has occurred, it is too little, and he expressed hope that the relevant envoy appointed by the President of the United States will convince that Government to, at least, meet Palau’s minimum needs “so that our people can attain a decent standard of living without having to leave”.  In this, what Palau needs most are Government measures and public and private investment to grow its economy, along with concrete action to enable its people and hospital to move from land that regularly floods to higher elevation.  He added that, just as most Member States accept Taiwanese passports, so too should the United Nations system recognize and incorporate the Taiwanese people.