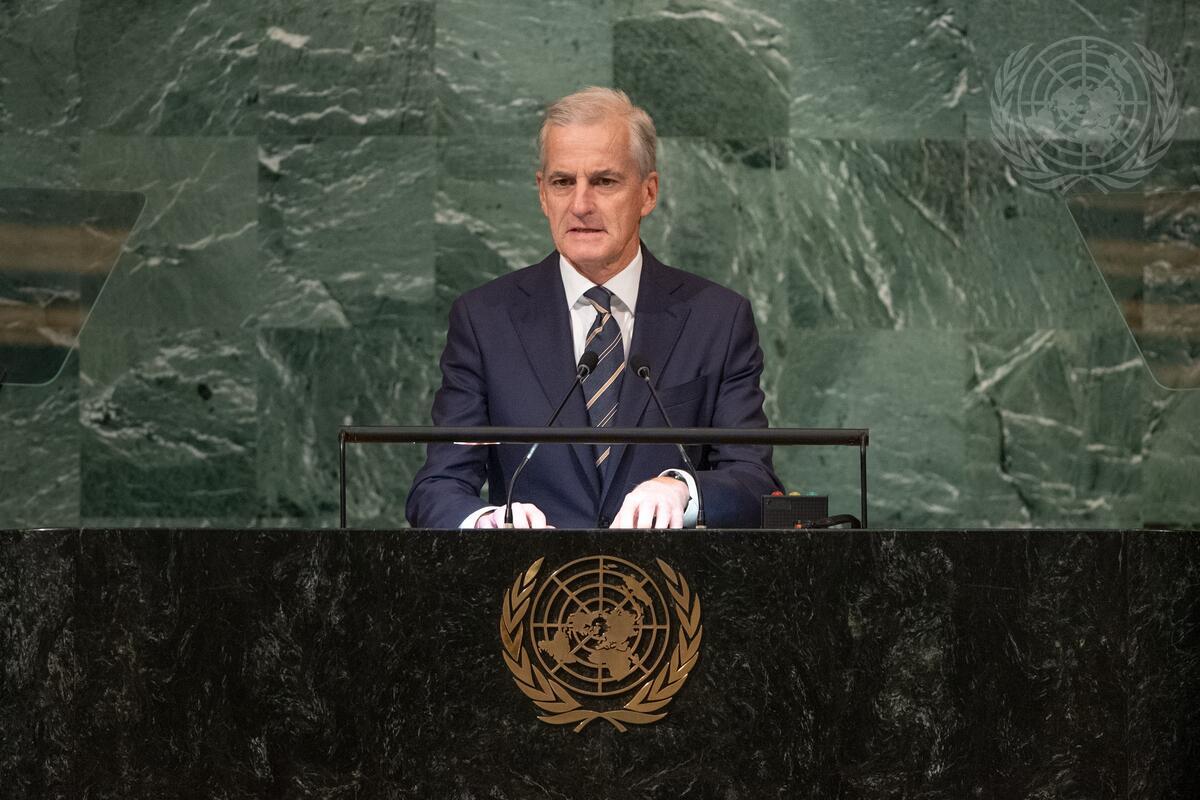 JONAS GAHR STØRE, Prime Minister of Norway, stressed that the Russian Federation bears responsibility for the war in Ukraine and is responsible for bringing it to an end.  Citing an under-pressure energy supply, soaring inflation and dramatically increased food insecurity as repercussions of the war, he emphasized that ordinary people across the globe are paying the price.  The war is amplifying other crises and compounding the impacts of climate change and armed conflict in other parts of the world:  The Horn of Africa is faced with its worst drought in more than four decades.  Pakistan is contending with devastating floods.  More than 300 million people affected by conflicts and humanitarian crises need humanitarian assistance and protection.  No continent is more vulnerable to the combined effects of climate change, conflicts and growing food insecurity than Africa.  In solidarity with the people grappling with those interlocking crises, his country has allocated more funding to humanitarian assistance and development cooperation in 2022 than ever before.

He went on to say that, together with a strong alliance of partners, his country is standing with Ukraine and aids its self-defence.  “As Europe’s largest supplier of energy, we do what we can to enhance Europe’s resilience,” he added.  Norway is standing up for human rights and fundamental freedoms elsewhere, and will continue to promote civic space, protect human rights defenders and support media diversity and independent journalism worldwide.  Women’s and girls’ participation in society and their right to decide over their own bodies are essential for democratic and sustainable development.  As such, safeguarding these human rights remains among his country’s top priorities.  “While supporting Ukraine, we must not forget conflicts elsewhere,” he urged, noting that his country is continuing its peace diplomacy and peacebuilding efforts in major conflicts across the globe.  As part of its longstanding engagement in the Middle East, Norway is pushing for an end to the Israeli-Palestinian conflict.  As a guarantor country, Norway remains committed to Colombia’s quest for peace, and to supporting the parties in that endeavour.

In all the peace processes Norway is engaged in, it promotes active involvement and participation by women in line with the women, peace and security agenda, he continued.  He said:  “We talk to all parties as we work to achieve peaceful conflict resolution.  Without dialogue, we have no opportunity to influence the parties and encourage them to move in a more positive direction.”  His country also strongly supports the good offices of the Secretary-General in conflicts worldwide, he said, commending him and his team for their important work on the Black Sea Grain Initiative, and Türkiye for its important contribution.  “If the global community does not act swiftly, the current food price crisis will develop into a food availability and food supply crisis,” he warned.  Together with fighting climate change, his country has placed food security at the top of its development agenda.  In 2022, it is allocating more than $300 million in funding for food security initiatives alone.  The international community must increase humanitarian assistance and enhance social safety nets; promote local food production in the global South; secure access to seeds, fertilizers and technology for small-scale farmers; and accelerate the transformation to climate-resilient and sustainable food systems.  In all of this, the international community must ensure that the needs of women and girls are adequately integrated.

Turning to climate change, he said Norway will honour its commitment to cut greenhouse gas emissions and to play a key role in the green transition.  It has listened to the concerns of developing countries and has decided to double its climate finance to those countries by 2026.  Within that target, Norway aims to at least triple its funding for climate adaptation and resilience.  Stressing that the fight against climate change requires new, innovative approaches, he pointed out that the Global Energy Alliance for People and Planet brings together private and public resources.  As co-chair, Norway will work with partners across the global South to support renewable energy transitions, reduce greenhouse gas emissions, increase clean power and create green jobs.  He pointed out that the oceans can be a vital part of the solution to climate change, food insecurity and poverty.  If adequately managed and protected, the oceans hold the key to reaching many of the Sustainable Development Goals.  The High-level Panel for a Sustainable Ocean Economy, co-chaired by Norway, is an initiative by world leaders committed to ocean health and ocean wealth, in support of the 2030 Agenda.  The Panel members have committed to sustainably manage 100 per cent of the ocean areas under their national jurisdiction.