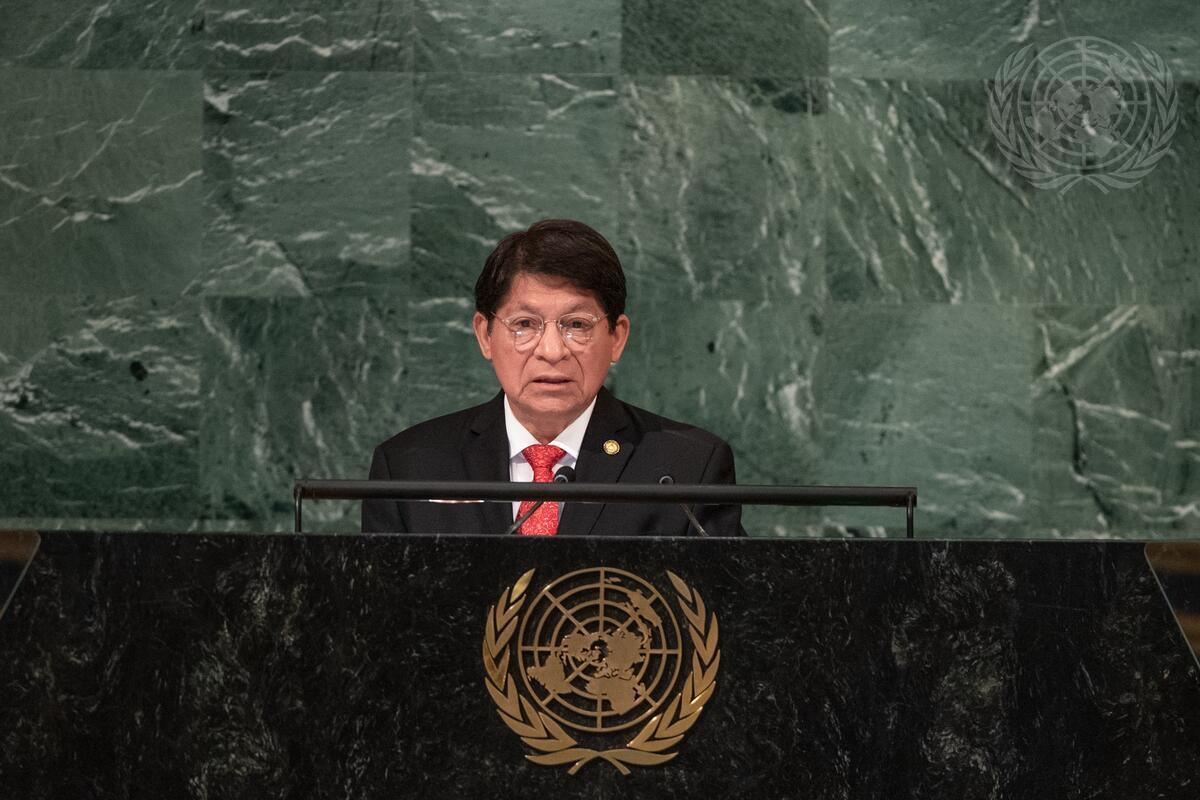 DENIS RONALDO MONCADA COLINDRES, Minister for Foreign Affairs of Nicaragua, in noting global social, economic, cultural, climate and security challenges, spoke of his people’s demonstration of national dignity and sovereignty against colonial, imperial greed.  He denounced “the assaults, the robbery, the disgraceful, abominable depredation, the looting and the genocides unleashed by the colonialists and imperialists” as crimes against humanity and called for the recognition of “our particularities, our models and ways of life, our creeds and beliefs, in accordance with our own history, tradition and aspirations.”  The United Nations must represent all peoples and must not submit to any imperialist Power, he stressed.

It is time, he said, for people to assert their multiple voices, demands and causes and transcend the selfishness that murders millions by subjecting them to poverty.  As world Powers continue to assert their dominance and cause hunger, illness, climate destruction, ignorance, war and hated, the international community must reject the criminal blockades which only seek to bleed the world dry.  “Enough is enough,” he declared and urged a rebellion against the innate evil of capitalism, which suffocates the majority while brutally enriching the few and the politicization and denigration of human rights.  The international community must enforce sovereign equality, stop the invasions, aggressions and occupations which affect the right to life, decent work, food, well-being and happiness, and denounce the capital sins justifying foreign interference.  Countries, he continued, must assert the freedom to be themselves and not what others want.

In addressing the countries “that have lived through all the fires of greed, avarice, selfishness, the vain glory of vanities and the search for absolute dominion by others over a world that does not belong to them,” he said:  “We must all strengthen and consolidate our identities and consensus.”  He then expressed his country’s solidarity with Venezuela, Cuba, the Palestinian people, Iran, the Russian Federation and China.  Nicaragua remains united with Syria, the Sahrawi Arab Democratic Republic, Belarus and the peoples of Asia, Africa, the Americas and the Caribbean.  Invoking Nicaragua’s national heroes who fought against imperialism, he called upon all to continue fighting for justice, peace and the inalienable rights of peoples.