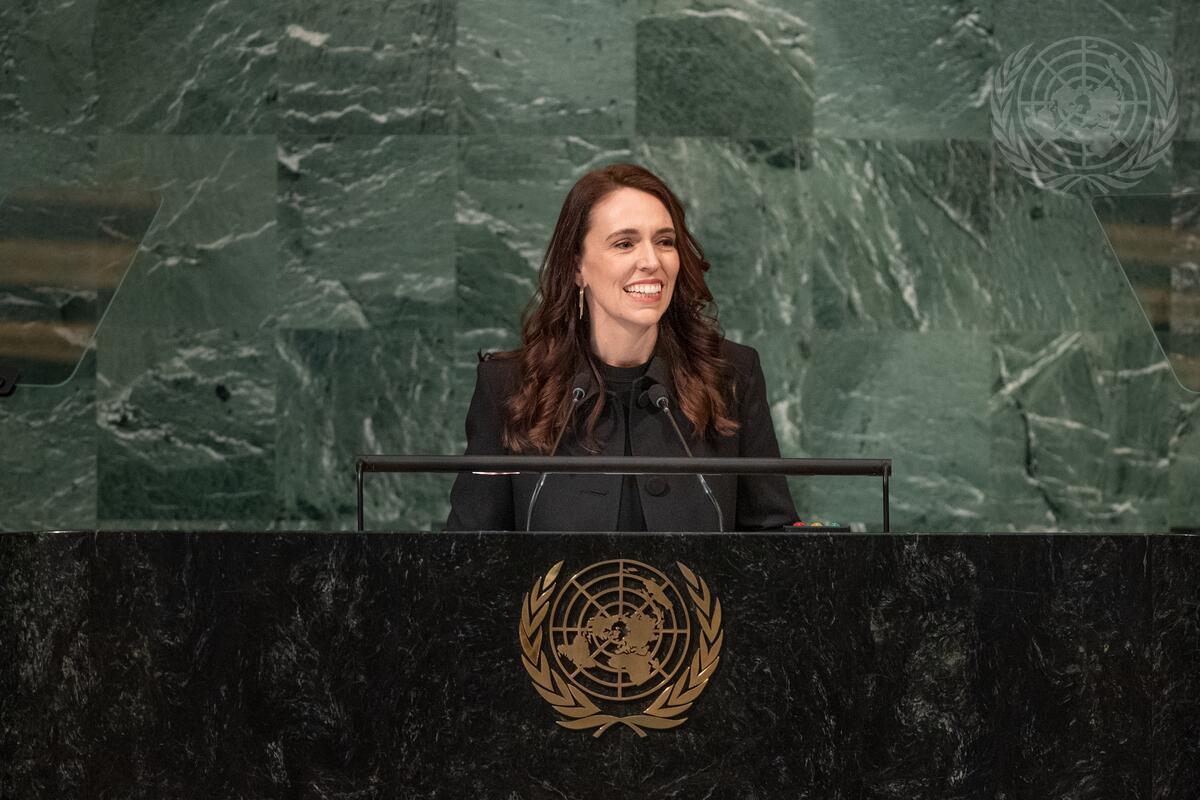 JACINDA ARDERN, Prime Minister of New Zealand, highlighting the devastating impact of COVID‑19, said that while the world is entering a period where the crisis is subsiding, the lessons cannot.  Those lessons are in many ways the same as the lessons of climate change, she stressed, pointing out that climate action will only ever be as successful as the least committed country, as such countries pull down the ambitions of the collective.  On pandemic preparedness, she added her support for efforts to develop a new global health legal instrument and to strengthen international health regulations.  Whether it is climate, trade, health crisis or seeking peaceful solutions to war and conflict, New Zealand has always been a believer in multilateral tools, she said.

She then referred to Moscow’s illegal war, asking:  “What country, who claims to be a liberator, threatens to annihilate the very civilians they claim to liberate?”  The people of Ukraine need the global community to ask one simple question:  “What if it was us?”  Yet the ability of the global community to answer that question swiftly, collectively and with confidence has been severely undermined.  In March, when the world most needed the Security Council to act in the defence of international peace and security, it could not.  It did not fulfil its mandate because of one permanent member who was willing to abuse its privileged position.  In this context, she championed the veto initiative, which provides an opportunity to scrutinize the actions of a permanent member who casts a veto.  For the United Nations to maintain its relevancy, the veto must be abolished and permanent members of the Security Council must exercise their responsibility for the benefit of international peace and security, rather than the pursuit of national interest, she asserted.

Calling for a global response to the use of nuclear weapons, she pointed to her country’s history of championing not just non-proliferation, but a prohibition on nuclear weapons.  “It was in our region that these weapons of war were tested,” she noted, adding that those tests have left a mark on the people, lands and waters.  The only way to guarantee people safety from the catastrophic humanitarian consequences of nuclear weapons is for such weapons not to exist.  “Nuclear weapons do not make us safer,” she added, rejecting the wisdom of mutually assured destruction.  Calling nuclear disarmament an enormous challenge, she advocated for meaningful progress on the Nuclear Non-Proliferation Treaty.  The face of war has changed and with it the weapons used, with traditional combat, espionage and the threat of nuclear weapons now accompanied by cyberattacks, prolific disinformation, and manipulation of whole communities and societies.

Turning to terrorism and extremism, she recalled the horrific terrorist attack on her country’s Muslim community on 15 March 2019.  During the attack — which was livestreamed on a popular social media platform in an effort to spread hate — more than 50 people were killed as they prayed.  In response to the attack, the Government created the Christchurch Call to Action; the Call community has worked together to address terrorism and violent extremist content online.  “We’ve improved crisis reactions, stymieing the ability to livestream attacks.  We have crisis protocols that kick in to prevent proliferation,” she noted.  She went on to stress the importance of prevention and understanding the interactions between the online environment and the real world, which can lead to radicalization.