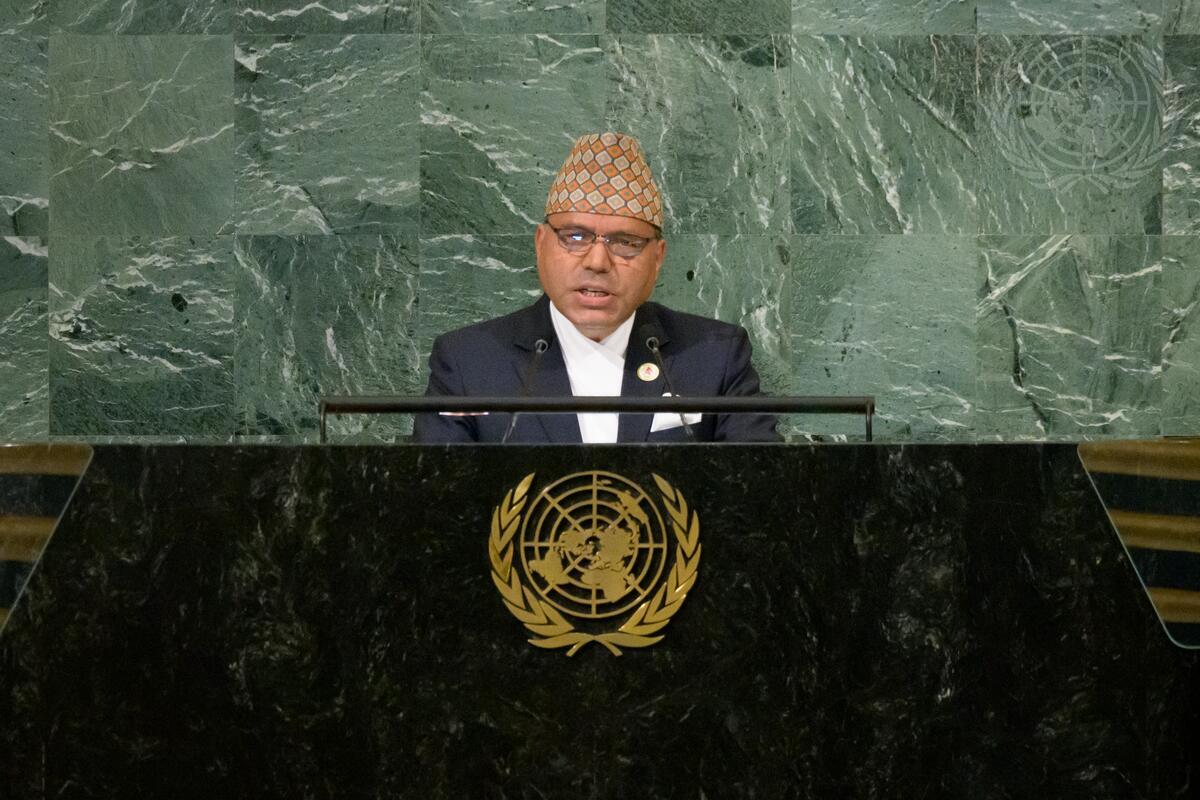 BHARAT RAJ PAUDYAL, Foreign Secretary of Nepal, said cascading crises have negatively impacted financing of the Sustainable Development Goals, especially for countries in special situations.  Based on pre-pandemic estimates, his country would require an average annual investment of $19 billion to achieve the Sustainable Development Goals.  Given financing shortfalls, his country’s hard-earned development gains are at risk at a time when it is preparing to graduate from the least developed country status by 2026.  He called for additional international support, particularly investments, technology transfer, aid for trade and technical assistance, noting that they are critical to the country’s COVID-19 recovery.  The rising tide of protectionism and stalled trade negotiations are delaying much-needed reform in the international trading system.  As such, open, fair and transparent trade rules must be ensured so that all countries can benefit from the system.  He also called for reform of the international financial architecture so that it is made inclusive, fair and equally beneficial to all.  Countries under debt stress need urgent debt relief, restructuring and cancellation, he stressed, calling further for the international community’s swift help to enable those countries to emerge from the debt crisis.

Turning to the climate crisis, he said his country is bearing the disproportionate burden of climate change and facing climate shocks such as frequent landslides, storms, floods and wildfires.  The melting of glaciers and the drying-up of snow-fed rivers have been adversely affecting the lives and livelihoods of people downstream and rendering his country as one of the most vulnerable.  Noting the recent loss of life and property in the region due to unusually heavy downpours, melting of glaciers and resulting floods, he said that to combat the climate crisis and address vulnerabilities, his country has localized adaptation plans and set the target of reaching net-zero status by 2045.  However, climate change needs global action, he stressed, calling on large emitters, which account for over 80 per cent of all global emissions, to take bold steps to keep the 1.5°C climate goal alive.  Moreover, the commitment of $100 billion in climate financing must turn into a reality, he said, underscoring that pledges must translate into action.

Regarding global security, he said it is “appalling” how the United Nations becomes crippled at the interplay of interests of the major Powers in the Security Council.  On the issue of cybersecurity, collective resolve is needed to set norms and build capacity to prevent the threat it poses.  Also needed are safeguards to curb the malicious use of new technologies.  Noting that global military spending surpassed $2 trillion in 2021, he said:  “Countries are chasing an elusive notion of security by leaving behind billions of people hungry, sick and destitute.”  He called for general and complete disarmament of all weapons of mass destruction, including biological, chemical, nuclear and radiological weapons, in a timebound manner.  Noting his country’s opposition to the arms race in outer space, he emphasized its peaceful use for the benefit of humankind.  As the host of the United Nations Regional Centre for Peace and Disarmament in Asia and the Pacific, his country continues to support regional disarmament initiatives, which are building blocks of global disarmament.  Nepal remains committed to reviving the Kathmandu Process, which complements global arms control and disarmament efforts.  He condemned terrorism in all its forms and manifestations, calling for an early conclusion of a comprehensive convention against terrorism.