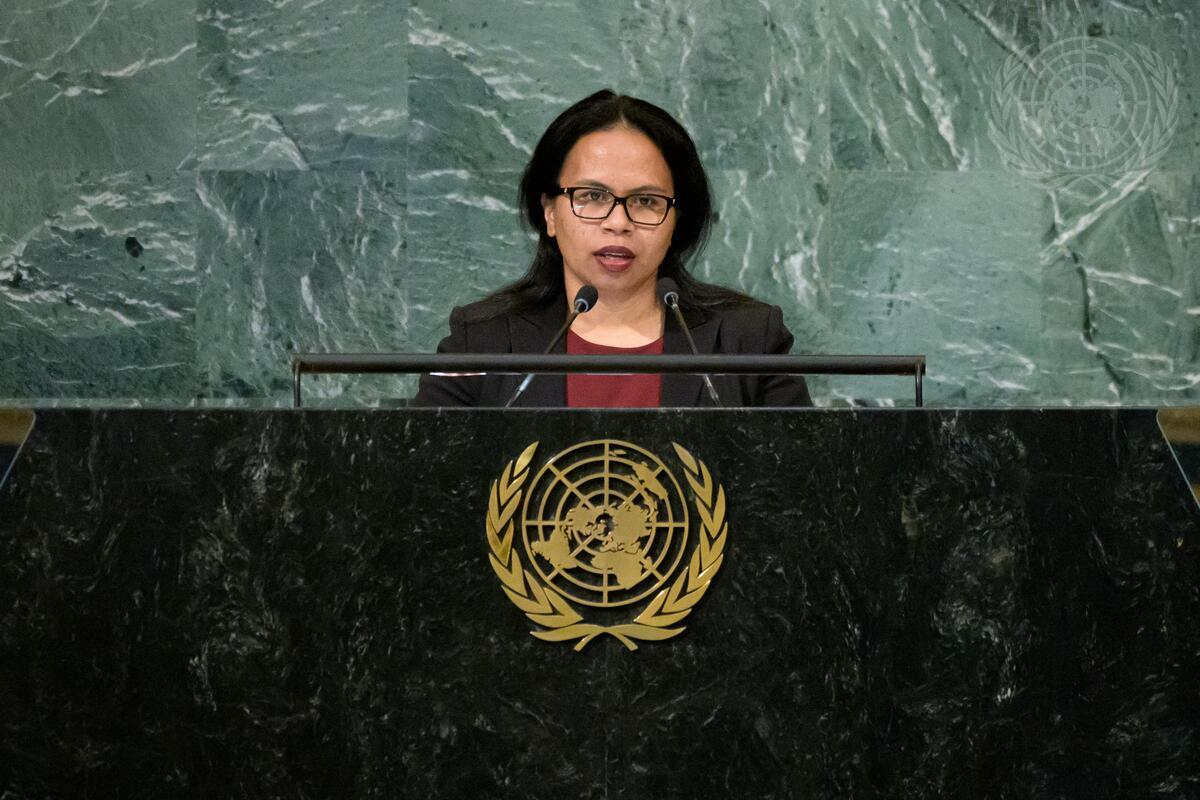 JOSIE ANN DONGOBIR (Nauru), speaking on behalf of President Lionel Rouwen Aingimea, thanked partner countries for their assistance in responding to the pandemic.  Speaking on the transformation of the global food system, she said that eradicating malnutrition is key.  Commending Cuba for their longstanding commitment to strengthening Nauru’s health sector through the work of their medical brigades, she called on the United States not to forget the friendly people of that country who are struggling not only under the pandemic, but also from the economic, commercial and financial embargo.  Reiterating Nauru’s call for a Special Representative on climate and security, she asked major emitters to take greater action on combating climate change.  She also sought financial and technical assistance for an initiative aimed at ensuring her country’s ability to reclaim what is currently unusable land.  In addition, she spoke of her country’s priority to identify viable energy alternatives.  Disappointed that the work of the fifth session of the Intergovernmental Conference on Marine Biodiversity of Areas Beyond National Jurisdiction was not completed, she encouraged States to overcome divergence and asked them to reach a consensus on benefit sharing on the high seas, especially as it relates to marine genetic resources.  As “Nauru, like many small island developing States, faces barriers to sustained economic growth”, she underlined the importance of the Multidimensional Vulnerability Index and urged States to universally agree and adopt it once finalized.  Finally, she encouraged those Member States who have yet to ratify the Treaty on the Prohibition of Nuclear Weapons to do so to build a world free of such arms.