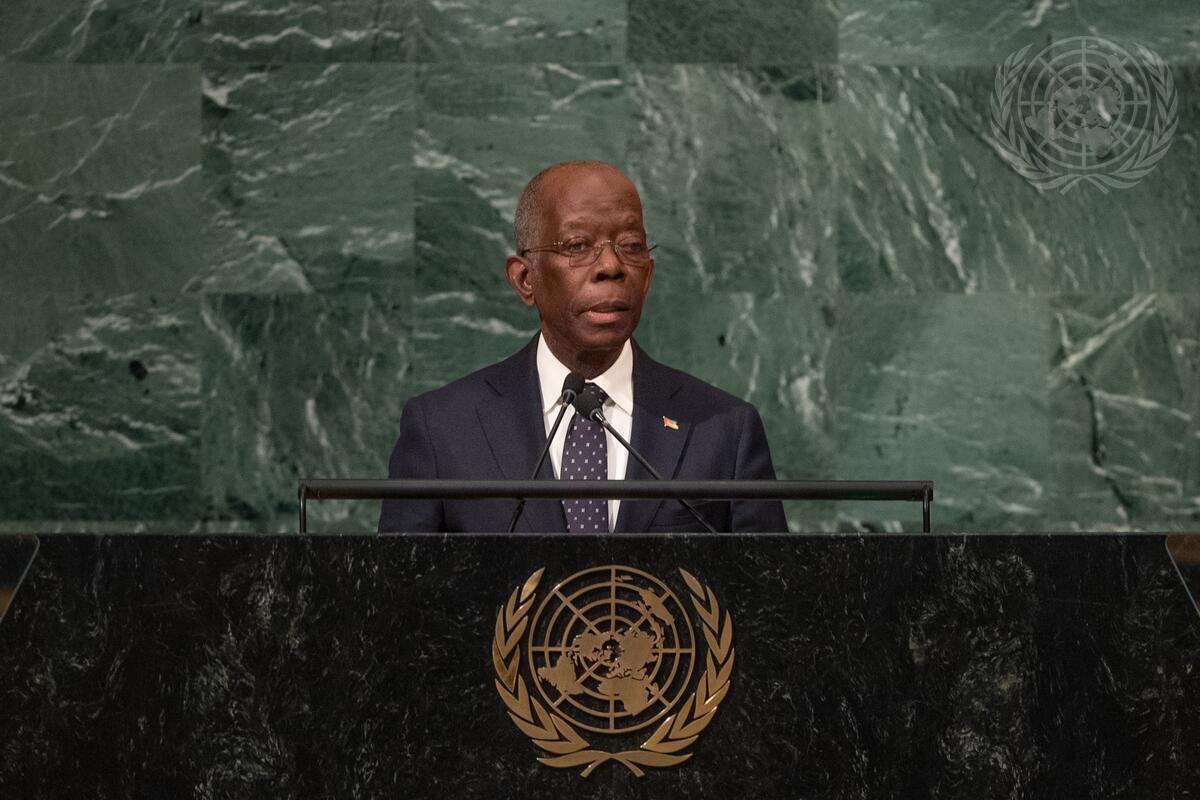 ADRIANO MALEIANE, Prime Minister of Mozambique, said that new outbreaks of internal tensions and inter-State conflicts, terrorism and international organized crime are negatively affecting the economic and social development of countries.  Constructive dialogue and concerted multilateral actions are needed.  By incorporating the Sustainable Development Goals into his country’s priorities, Mozambique has managed to improve the livelihood of its people and tackle poverty.  He underscored his country’s standing commitment to the protection and conservation of the environment and ecosystems.  However, the current multilateral institutional financing model needs to be rethought so that it allows more resources to be mobilized in order for Mozambique to achieve the Sustainable Development Goals.  Turning to COVID-19, he reported that the measures adopted by the Government to contain the spread of pandemic were successful.  As a result, 96.6 per cent of the country’s population over 18 years of age are vaccinated.

“Climate change places Mozambique under permanent surveillance,” he continued.  In recent years, the country has been strongly affected by natural disasters that led to the loss of human lives and displacement of persons, while also causing extensive damage to infrastructure and socioeconomic activities.  To respond to these challenges, the Center for Humanitarian and Emergency Operations of the Southern African Development Community (SADC) was created in 2021.  It aims to provide SADC countries with tools and institutions to provide a rapid response and coordinated intervention to emergencies caused by climate change.  His country will continue strengthening climate security by advocating for and disseminating good practices of environmental protection, management and risk reduction of natural disasters.

He also highlighted the remarkable progress in the process of disarmament, demobilization and reintegration of former Renamo guerrillas.  To date, 4,002 former Renamo guerrillas, of a total of 5,221, have participated in this process.  “We foresee, by the end of this year, the conclusion of the [disarmament, demobilization and reintegration],” he affirmed.  This process will be an important milestone in the implementation of the national peace and reconciliation agreement signed between the Government of Mozambique and Renamo on 6 August 2019.  With the completion of this stage, the Government will focus on long-term reintegration and more effective reconciliation to ensure sustainability of the peace process and consolidation of national unity.

To prevent and combat terrorism in some districts of the Cabo Delgado Province, the Government adopted a comprehensive approach to strengthen operational capacity of the defence and security forces, stabilize security and enable recovery, reconstruction and socioeconomic development, he said.  With support and assistance of multilateral and bilateral cooperation partners, including SADC, the European Union and Rwanda, the country made progress in combating terrorism.  “Mozambique's approach is a pioneering one in terms of concerted regional action to address the global threat of terrorism,” he said.  These actions contributed to the reestablishment of security.  Because of that, there has been a gradual return of the population to their areas of origin.  He also noted that, with the implementation of the Cabo Delgado Reconstruction Plan resumption of economic and social activity has resumed in the regions previously affected by terrorist actions.