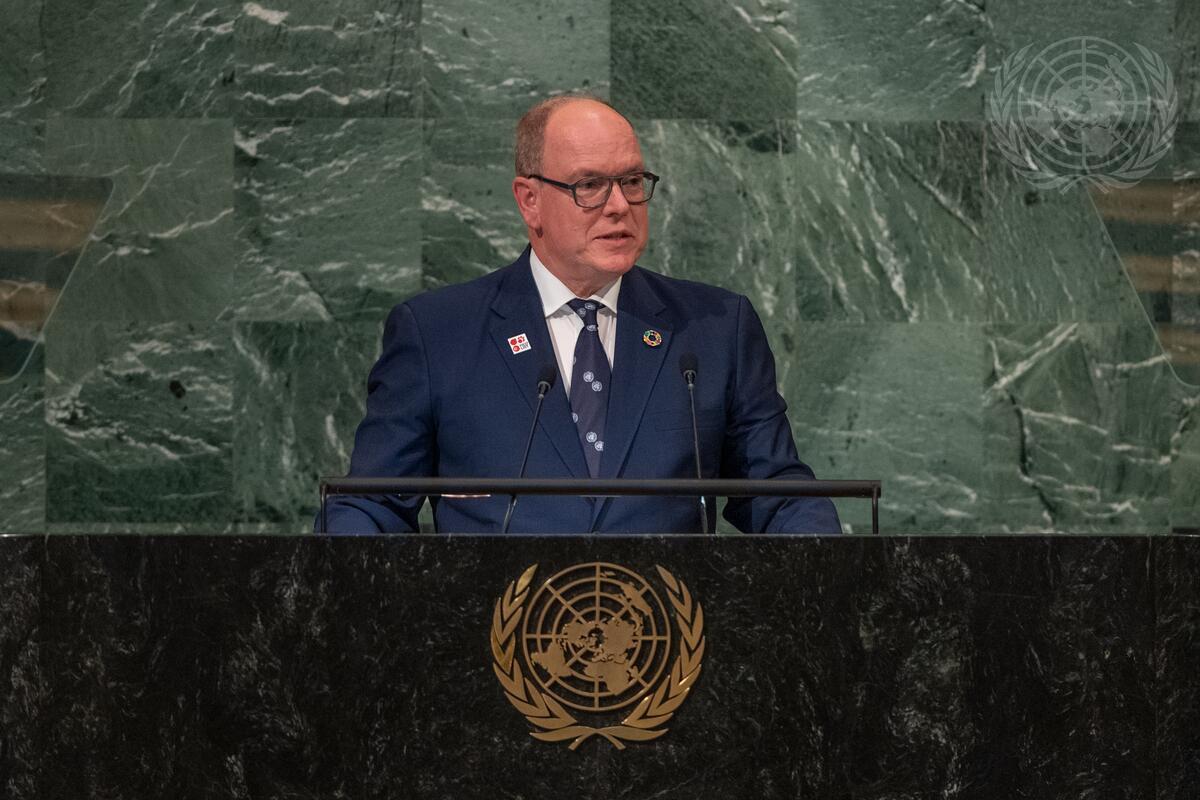 PRINCE ALBERT II of Monaco said that the COVID-19 crisis revealed fault lines in the multilateral system, requiring the international community to take extraordinary social and economic measures to protect populations and mobilize the global monetary system.  Humanity’s frenetic existence makes it forget that, in the northern hemisphere, Earth Overshoot Day arrives earlier every year, he said, stressing this “should remind us that we are imposing an unrelenting exhaustion of natural resources on our own planet.”  He stressed the need to achieve the Sustainable Development Goals in order to ensure humanity’s survival.  He pledged Monaco’s full support for the preparation for the Water Conference, the Sustainable Development Goals Summit and the Summit of the Future in 2024.  Recalling his great Grandfather, Prince Albert I, who advocated for the role of science to drive political progress and decision, he said Monaco will continue in this tradition to preserve the planet.

Globalization has accentuated humanity’s interdependence and its relationship with nature, he said, noting that ecosystems cannot regenerate today due to humankind’s production methods based on the frantic consumption of natural resources.  The pause in global ecosystem degradation during the COVID-19 pandemic was a stark lesson about how much humankind consumes, but also a lesson about what it is are able to accomplish in an emergency:  the production of vaccines and equitable access to prevention and care.  In cooperation with WHO, the international community must establish global crisis management based on verified science, he said, especially to avoid repeating the mistakes made at the beginning of the pandemic.

Three decades have passed since the Intergovernmental Panel on Climate Change warned about the irreversible, disastrous effects of climate change, he pointed out.  Urging a move from words to action, he said that while extreme weather events affect all nations, they particularly punish the most vulnerable.  “We must make strengthening and adaptation measures our priorities,” he said.  He highlighted the people of Pakistan who are currently suffering the consequences of flooding.  Every country must radically transform its economy in order to decarbonize and contain temperature rise, he said, pointing out that Monaco’s energy transition is aimed at cutting emissions 55 per cent by 2030 and achieving carbon neutrality by 2050.  The Intergovernmental Panel’s latest assessment report makes clear that “the tools and solution to build and sustain a future already exist but we must implement them”, he said, calling for solidarity to ensure a sustainable energy transition in line with the United Nations Framework Convention on Climate Change (UNFCCC) and the Convention on Biological Diversity.  “Failure is simply unacceptable,” he said.

Recalling Monaco’s historical role in diplomacy, he said that the military aggression against Ukraine flagrantly flouts international law, and the United Nations Charter, and undermines global security.  The suffering inflicted on the Ukrainian people is a reminder of the darkest hours of human history.  Welcoming the Black Sea Grain Initiative, he called on all parties to respect its terms.  The “terrifying” number of conflicts and civil wars in the world today requires a strengthening of the global peace agenda.  Turning to cyberspace, he said it cannot become a zone for clashes, but should be an opportunity for cooperation.  Condemning the proliferation of hate speech and disinformation, he added that artificial intelligence should benefit humankind and not manipulate its behaviour, way of thinking, or compromise or destroy democracies.  Re-establishing trust between nations and effective, inclusive multilateralism involving young people and women are the most effective ways to address global crises, he said, citing Monaco’s intention to continue working toward that end through its partnership with the United Nations Entity for Gender Equality and the Empowerment of Women (UN-Women).