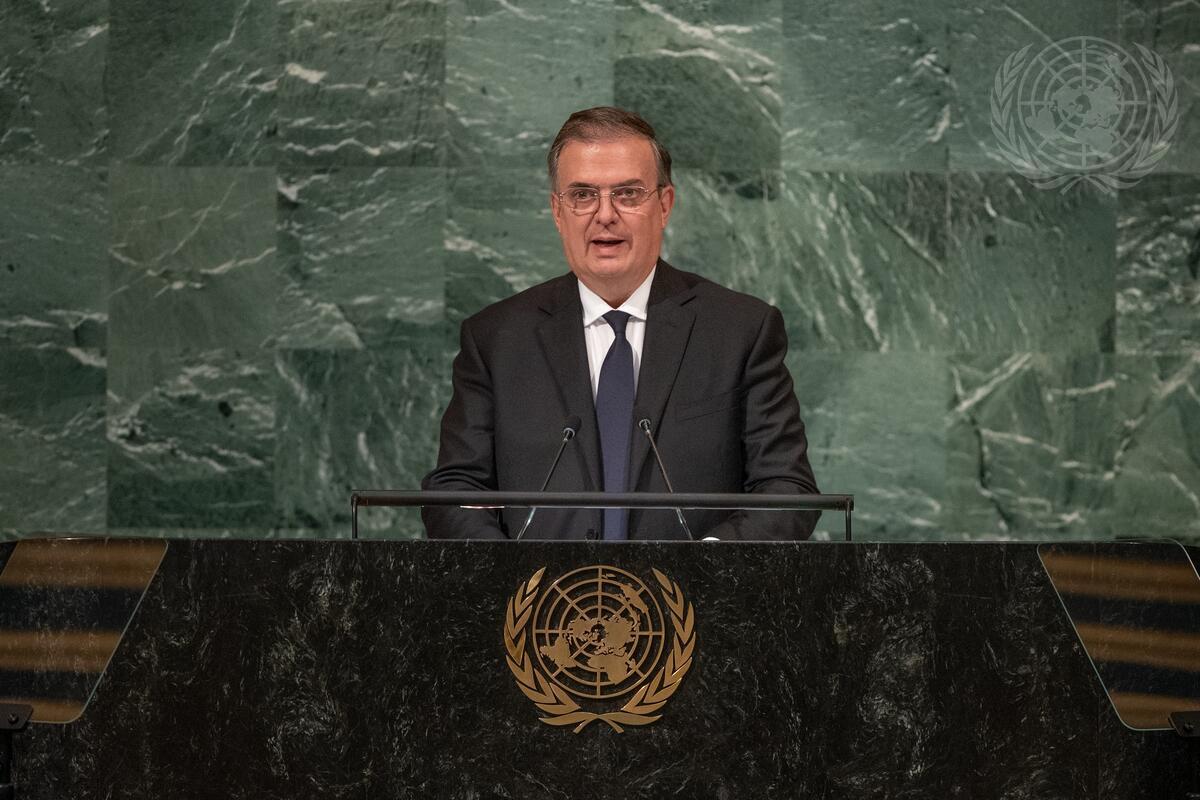 MARCELO LUIS EBRARD CASAUBÓN, Minister for Foreign Affairs of Mexico, said the just as the world was recovering from COVID-19, the war in Ukraine has created suffering and the loss of human lives, impacting access to food and fuel and disrupted the world economy.  Mexico has presented the Assembly with a proposal of dialogue and peace for Ukraine.  The Security Council has been unable to fulfil its Charter responsibilities and implement measures to halt the armed aggression in Ukraine or launch a diplomatic process for a solution through dialogue or negotiations.  Moreover, it was unable to make sure necessary humanitarian assistance was delivered or support the Secretary-General’s efforts to manage access to grains and fertilizers, produced by the Russian Federation and Ukraine.  For these reasons, he proposed creation of a caucus of Heads of State and Government to support the Secretary-General’s efforts to build trust and move the Russian Federation and Ukraine towards a peaceful resolution within the Charter’s framework.  Circulated to the Secretary-General in recent days, the proposed caucus includes Indian Prime Minister Narendra Modi and Pope Francis.

Turning to Security Council reform, he said Mexico has worked to develop different categories of membership and make the body more transparent and flexible.  The paralysis in the Council is the result of misuse of the so-called veto right by some of its permanent members.  The proposal by Mexico and France to restrict the use of the veto to cases of mass atrocities has been supported by 106 Member States.  The Assembly also created a mechanism for accountability through resolution ES-11/2 which requires the Assembly President to convene a formal meeting within 10 working days of the casting of a veto by one or more permanent members of the Council.  It is now time to take the subsequent steps to prevent continued paralysis in the face of massive human suffering, he stressed.

He regretted the lack of political will, particularly on the part of the nuclear-weapons States to reach agreement on containing such weapons, even though the risks of nuclear proliferation are more real every day.  “My country agrees with the Secretary-General's vision that a more secure and peaceful world must be based on international law, cooperation and solidarity and not on the incessant accumulation and modernization of nuclear and conventional arsenals,” he stressed.  It was precisely this vision that led the countries of Latin America and the Caribbean to establish the first nuclear-weapon-free zone in a densely populated area through the Treaty of Tlatelolco.  “Our country will continue to promote multilateralism, international solidarity, and cooperation, as the best way to face global challenges,” he said, adding:  “The current international tensions are not going to be resolved by force.”  The international community must ensure political understanding and confidence-building mechanisms, he said, calling on all nations to work together to create a post-pandemic society that includes the needs and priorities of all countries and places people at its centre.