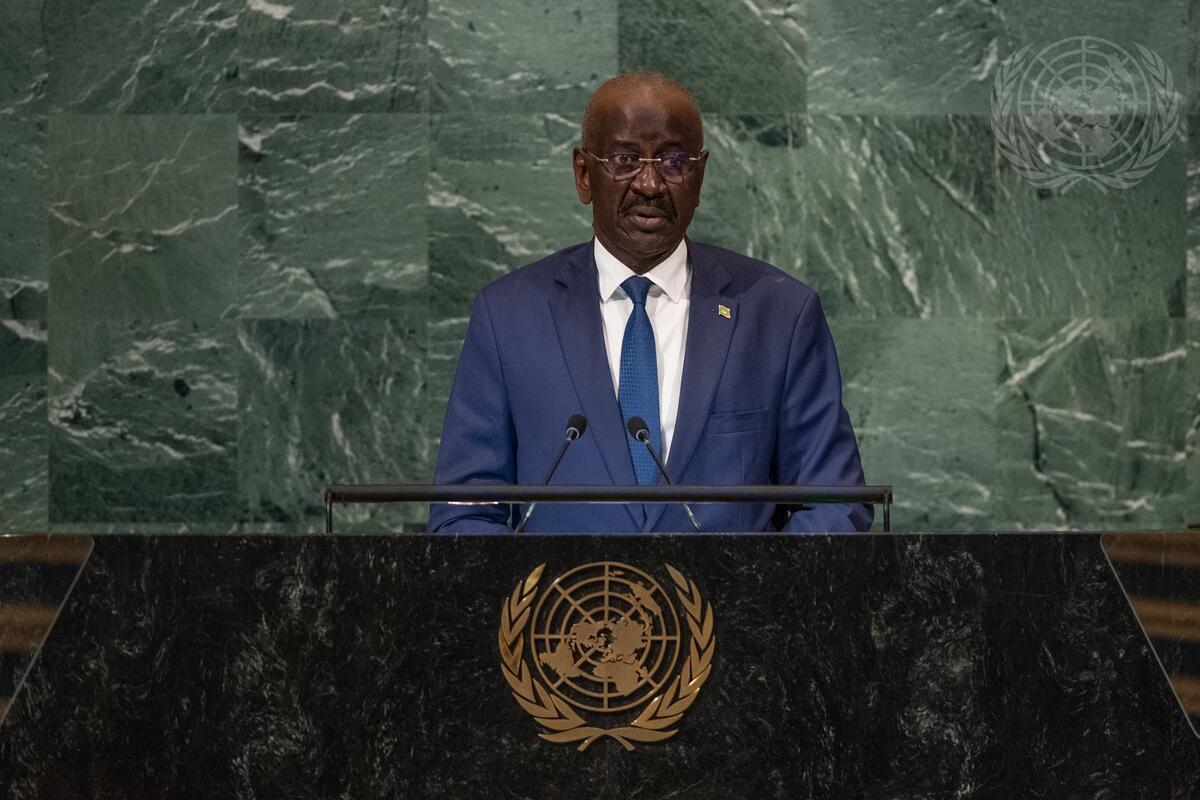 MOHAMED SALEM OULD MERZOUG, Minister for Foreign Affairs and Cooperation and Mauritanians Abroad of Mauritania, voiced concern over crises confronted by the world today:  the war in Ukraine, the COVID-19 pandemic, terrorist threats, and natural disasters that are brought upon by climate change.  The unprecedented socioeconomic and humanitarian repercussions of these crises, particularly food insecurity, represent a challenge to all sectors of life, while weighing more heavily on developing countries.  The war in Ukraine has occurred at a time when the world is still emerging from the repercussions of the pandemic, he noted, pointing to the gaps in the supply chain for both fuel and food.  Despite the agreement on grain and fertilizer transport, without which “the world would have witnessed an even greater catastrophe”, the measures undertaken by the international community remain minimal, he warned, calling for solutions that would guarantee peace, security, and dignity for all.  To fulfil its responsibilities to developing countries, address the challenges threatening their food security, and counter the negative effects of these crises, the international community should forgive African countries’ foreign debt, he asserted.  Highlighting the growing development gaps throughout the world, with some parts of the world witnessing the fourth industrial revolution and artificial intelligence development and some remaining in poverty and ignorance, he underscored the importance of solidarity in responding to these challenges and maintaining the dignity of humans everywhere.

He went on to underscore his Government’s progress in re-establishing the values of justice, equity, democracy and individual and collective freedoms.  Underscoring efforts made in combating modern slavery and human trafficking, he spotlighted programmes for bolstering national cohesion and supporting the poor.  The creation of schools and health-care centres as well as the provision of drinkable water has helped 15 per cent of the Mauritanian population.  He further recalled the vital assistance provided to 85,000 refugees from Mali in the south-west of Mauritania, in collaboration with United Nations entities.  Regarding investments in human resources, he drew attention to youth-training programmes and the promotion of women’s participation in political life.  The Government made efforts to strengthen the national economy and took an interlocking approach to combatting terrorism, he emphasized, describing the countries of the Sahel as a key force to resist terrorism and establish development throughout the region.

Turning to the environment and sustainable development, he said 40 per cent of the energy consumed in Mauritania will be focused on renewable energy.  Pointing to his country’s natural resources – such as wind and solar power – he expressed support for local industries.  On improving the use of water resources and protecting biological diversity, he highlighted agricultural reforms in areas affected by drought.  He condemned the continued violations of the rights of Palestinians by Israel, expressed support for the legitimate powers in Yemen and for the return to constitutional order in Mali, and called on the parties involved to end the war in Ukraine.