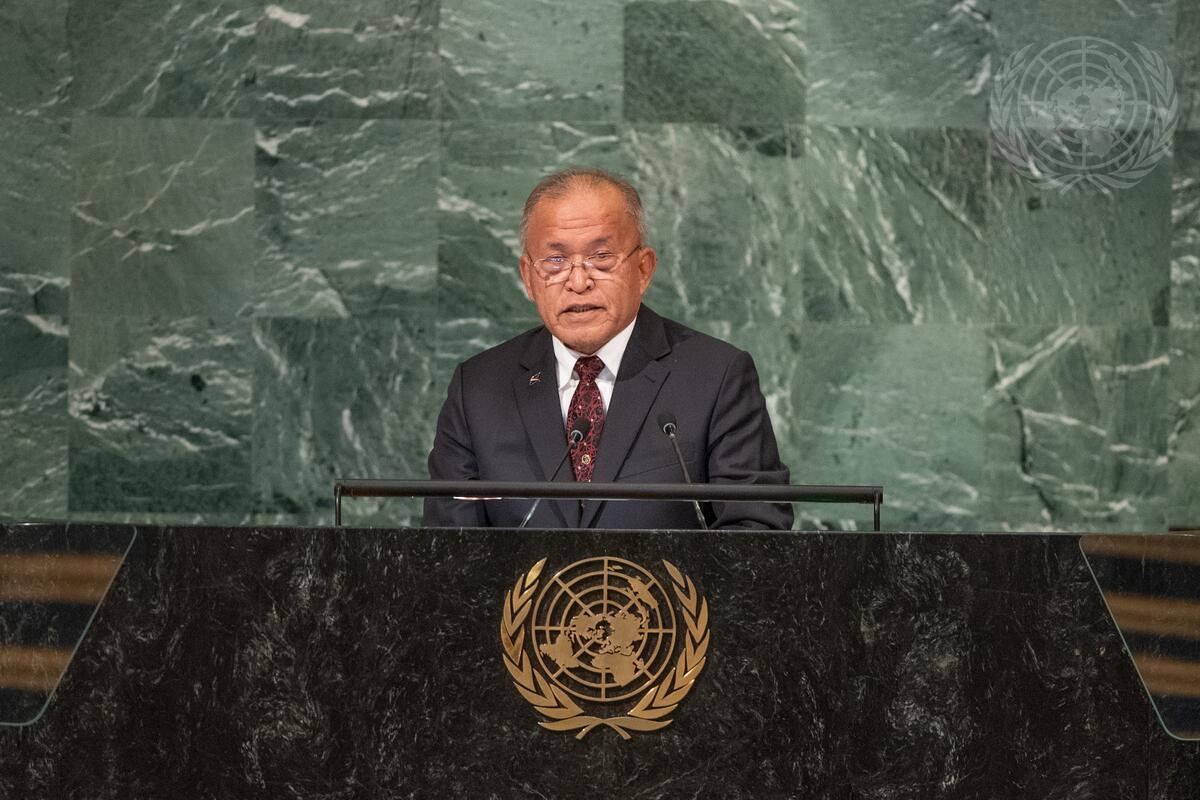 DAVID KABUA, President of Marshall Islands, said if the world does not adequately respond to the island nations, and as seas rise, then there is really no United Nations at all.  He joined Pacific island neighbours in condemning the Russian Federation’s continued aggression and war crimes in Ukraine, as the Marshall Islands stands as a co-chair of the Group of Friends of Accountability and supports the independent investigations of the Human Rights Council and International Criminal Court.  He noted as a remote, small island developing State, the Marshall Islands’ energy security is at a saturation point.  He further condemned the recent military actions of China in the Taiwan Strait, which has threatened to disrupt peace and security in the Indo-Pacific region and across the globe.

Welcoming recent progress with the United States towards a renewed Compact of Free Association and a targeted trust fund, he condemned the threats of further nuclear testing — stressing “here, the Marshallese people also have a unique voice”.  The country was ground zero for the testing of 67 nuclear and thermonuclear weapons for 12 years during the United Nations-United States administered trusteeship era.  The exposure of its people and land has had consequences that will last for generations, with impacts on human rights, land, culture, health and lives — burdens that no other nation or country should ever have to bear.

Turning to climate change, he noted that 31 years ago, the first President of the Marshall Islands called the Assembly’s attention to the dangers faced by the small nation due to the looming threat posed by global warming.  He renewed a call to “declare total war on this century’s greatest challenge — the climate change monster”.  The international community is not investing enough in life‑saving adaptation, particularly for small island States as “we see the toll of this global crisis — how much worse will this be if we breach 1.5°C?” he asked.  The international community must honour commitments and deliver enhanced nationally determined contributions, and policies on coal and fossil fuel subsidies.  His country has proposed a carbon levy that will drive the transition to zero emission international shipping, channelling resources from polluters to the most vulnerable.

Welcoming the recent release by the Office of the United Nations High Commissioner for Human Rights (OHCHR) of a long-delayed report on the situation in the Xinjiang region of China, he expressed concern over findings that “serious human rights violations have been committed” and that widespread arbitrary detention “may constitute international crimes, in particular crimes against humanity”.  The international community cannot bear silent witness.  In addressing a growing gap in effective oceans management, he called for an ambitious instrument on Biodiversity Beyond National Jurisdiction.  Noting Taiwan is a vibrant democracy, he called on the United Nations to better welcome it into the global family — as the Secretariat too often relies on politically motivated interpretations of General Assembly resolution 2758 (1971) when responding to opportunities for the meaningful participation of Taiwan in international bodies and the United Nations system.  The system should further revert to its original policy of consideration of widely accepted passports for basic public access to the United Nations itself.  He expressed strong support for Security Council reform outcomes, in particular Japan’s bid to be a permanent member.