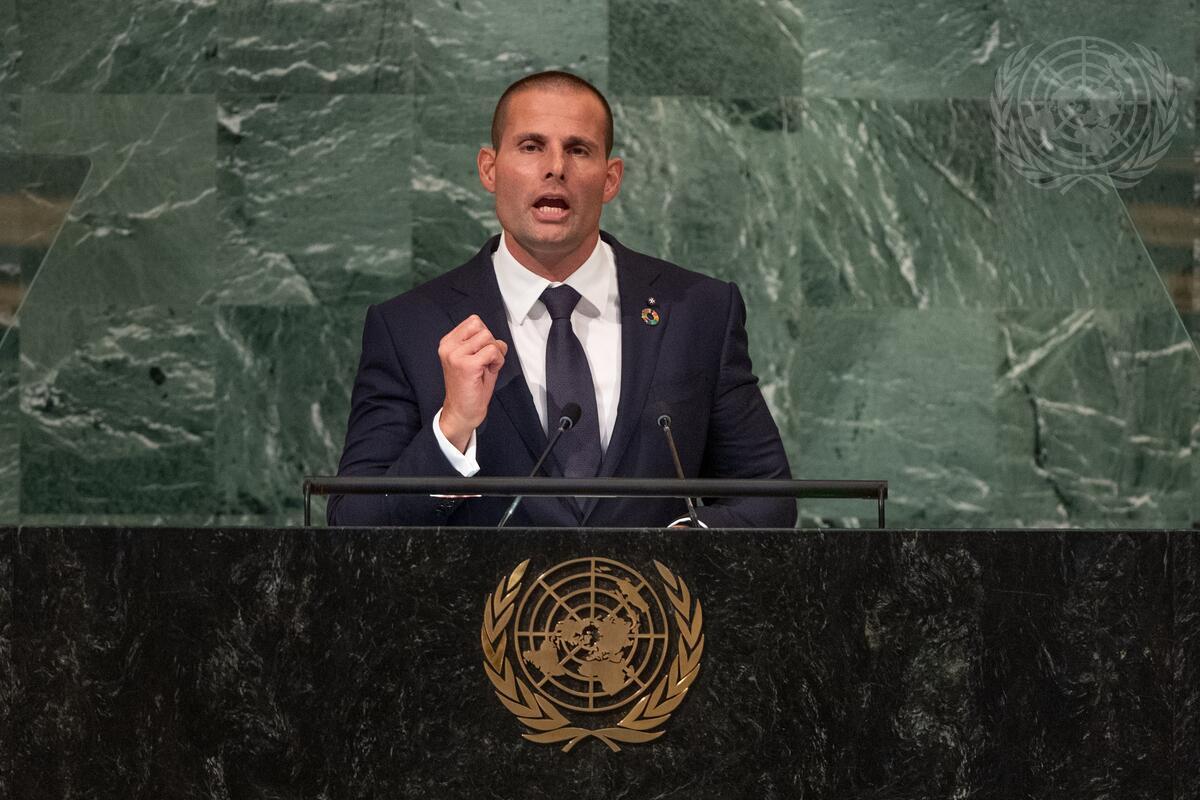 ROBERT ABELA, Prime Minister of Malta, said that as an island State in the Mediterranean, his country has witnessed first-hand the effects of conflicts in its southern area.  Citing neighbouring Libya, he called for the international community to put aside vested interests in the country — which is what the Libyan people deserve and what’s best not just for the region, but for the Mediterranean continent and the African continent in general.  Citing the threat to global food supplies and energy markets, mostly because of the war in Ukraine, he noted those pressures impact small islands like his harder due to their insularity and other specificities.  “The right to food is a recognized human right,” he stressed, with number of poor globally estimated to have increased by over 70 million people.  In a related vein, his country is a firm believer that international fair trade is a key element for the development of nations and particularly important for smaller economies.  Citing the unprovoked aggression on Ukraine, he noted Malta would continue to provide humanitarian assistance to innocent civilians and condemn tactics and recent statements that do not augur well.

For decades, globalization has been hailed as the next frontier of economic growth — by enabling human, financial and capital resources to find their best possible deployment, and fostering jobs through international trade, he said.  However, it is imperative that during these trying times, the international community avoid any temptation to put climate on the backburner.  “Make no mistake, the future is green.  The future is digital,” he stated.  Malta has invested heavily in the digital economy in public administration and in the business and social spheres — now ranking first in the European Union in eGovernment, and fifth on the European Union Digital Economy and Society Index.  In parallel to the digital transition, the international community must work on the green one.  Citing climate and environmental disasters in Pakistan, China, California, the Middle East, Africa and Asia, he called for efforts to keep the 1.5°C target alive, and to continue working towards building decarbonized nations and societies.  As Malta prepares to embark on its two-year term on the Council, his delegation will do its utmost to keep climate change on the international peace and security agenda.

With Malta one of the founding members of the Alliance of Small Island States, he noted that water scarcity will be one of the biggest impacts of climate change.  His country’s practices in water management, particularly through the sourcing of water through desalination and recycling of wastewater, can serve as a model for addressing the world’s future water needs.  Drawing on its maritime legacy, he affirmed that Malta is aware the ocean plays a vital role in combating climate change, but is also vulnerable to its impact — which is why as a member of the Council, his delegation will place particular emphasis on bridging the gap between science, policy and law-making to address global security concerns, especially for the ocean — the planet’s single largest habitat.  As a member State of the European Union, located between two continents, Malta is committed to promoting dialogue and keeping security, sustainability and social justice at the very heart of efforts and priorities.  He noted his 10-year-old daughter, present in the audience, wished him to pass on the message:  “I would like the world leaders to be an example to us children and leave behind a beautiful Earth”.