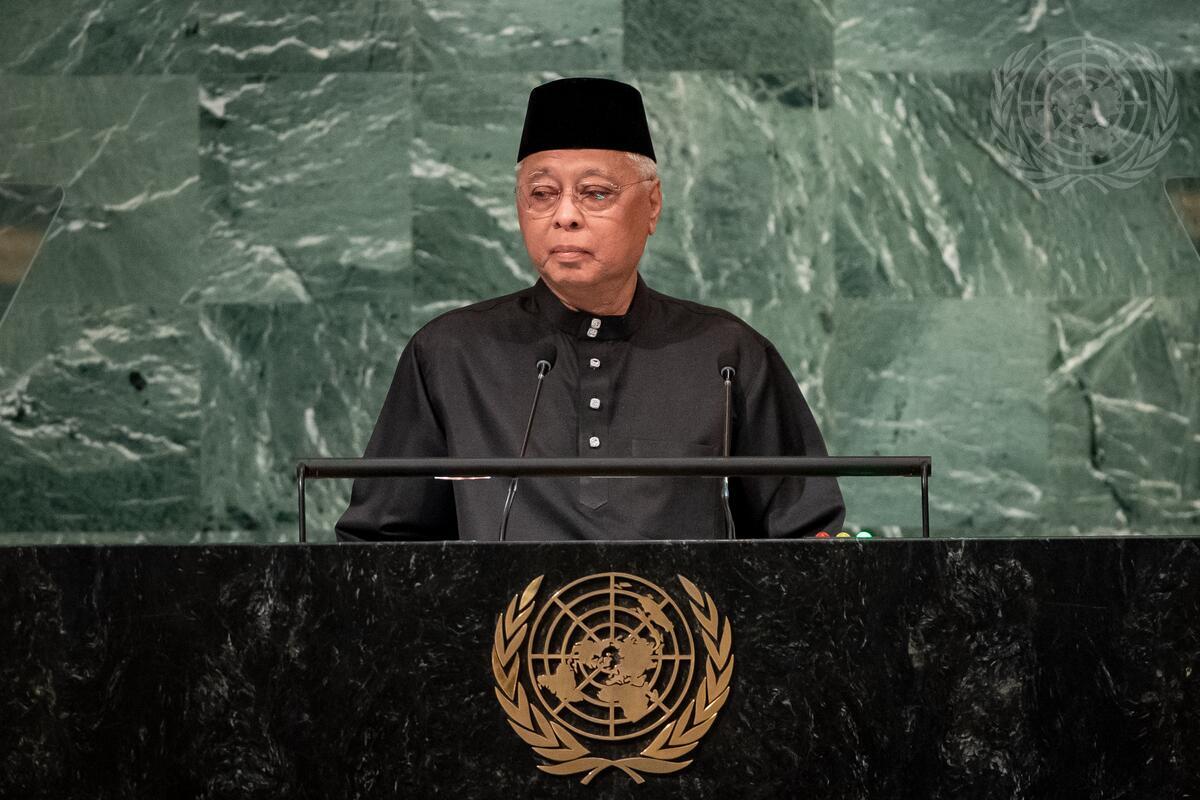 ISMAIL SABRI YAAKOB, Prime Minister of Malaysia, expressing concern over the number of worsening and unaddressed challenges, urged the United Nations to establish an international monetary cooperation mechanism to build a more effective and just system for global development.  Cooperation and coordination among countries needed to be “stepped up,” he elaborated, to achieve economic well-being for all.  As policies affect other countries, domestic monetary decisions must adjust for developing countries’ realities and needs.  He also called for the guarantee of sufficient food resources for all.

Reiterating Malaysia’s opposition to violations of international law, sovereignty and territorial integrity, he stressed that “when a conflict erupts, all parties hold the responsibility of easing tension and giving priority to the safety and lives civilians.  At the same time, the conflicting parties need to return to the negotiating table to stop the conflict as soon as possible.”  He then registered his disapproval over the isolation of countries from international organizations as a hinderance to multilateralism and dialogue.

On the situation in Ukraine, he welcomed the creation of the sea route corridor and warned against the creation of isolation blocks, stressing:  “that will only push the world towards a cold war.”  On the situation in the Occupied Palestinian Territory, he expressed disappointment over the denial of basic rights for the Palestinian people and the violation of international law and Security Council resolution 2334 (2016), saying “the major powers need to be honest in resolving the issue of cruelty faced by the Palestinian people”.  The United Nations should quickly remedy the crisis with the same speed with which the international community responded to the situation in Ukraine, he said, and   called upon Israel to stop its apartheid.

As a multiracial, multicultural and multi-religious country, Malaysia always supports and strives for peaceful coexistence.  Turning to Malaysia’s proactive role in remedying crises and conflicts in Southeast Asia, he expressed continued disappointment over the situation in Myanmar and the junta’s lack of progress in implementing ASEAN’s Five Point Consensus.  Commenting that “some even see the Security Council as having washed its hands of and handing the matter over to ASEAN,” he underscored the need for a new, redefined framework with a clear timeframe and goal which fulfils the aspirations of the Myanmar people.  As Malaysia has accepted nearly 200,000 Rohingya refugees on humanitarian grounds, he called upon parties to the 1951 Convention on the Status of Refugees and the 1967 Protocol to accept more refugees.  The world must also address the root cause of the crisis.  He attributed the lack of progress in resolving conflicts and crises to the Security Council as “the debility of the global governance system and the [United Nations].”  Advocating for the abolition of the veto, he explained that it “is most often misused to favour the world powers that have it.  It is not democratic and violates the principles of democracy.”

Pointing to Malaysia’s losses from climate change in 2021, he reminded countries that climate is a universal problem which affects all.  Developed countries must fulfil their annual commitments to provide $100 billion unconditionally.  He then called for developing countries to have new, fair, inclusive and affordable technology which facilitates their greener and more sustainable socioeconomic development.  Referencing the national measures implemented by Malaysia, he renewed his country’s commitment to environmental conservation and sustainability and welcomed the 2023 High-Level Political Forum on Sustainable Development.