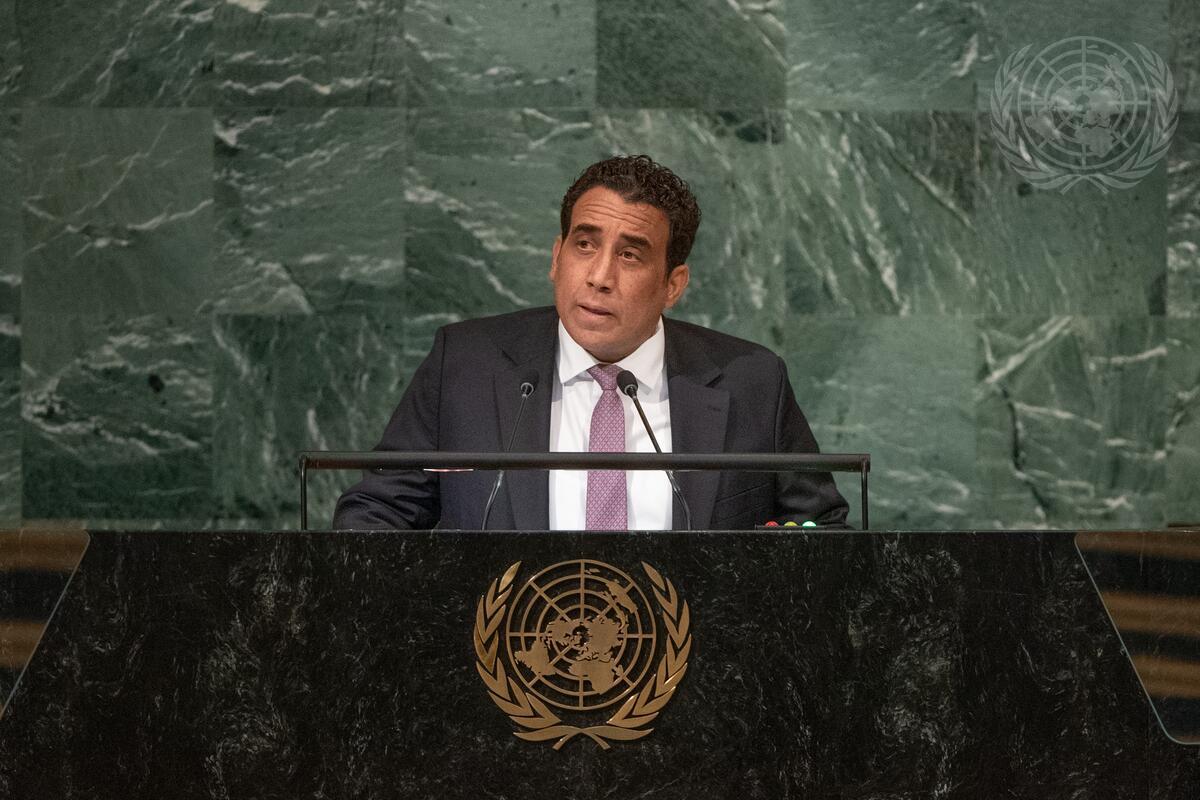 MOHAMED YOUNIS A. MENFI, President of the Presidential Council of the State of Libya, said that his country has gone through a decade of suffering and hope and is still trying to build national institutions and consolidate the principles of democracy.  Its people have demonstrated to the world that it represents a unified nation in spite of its challenges.  The people have used tolerance and patriotism to keep working for a unified country.  The situation today is one in which individual interests of different countries, proxy wars and divergent views exist and do not give Libya the opportunity to develop its own national path.  These very negative interventions offer contradictory solutions, which have pushed the country to armed confrontation and led to intransigent political positions that do not accept any concessions and middle ground, he noted.

He said the Libyan Presidential Council represents the unity of the country, oversees the Commander in Chief of the army and leads the efforts of national reconciliation that are inclusive and pave the way for parliamentary and presidential elections.  He thanked the African Union for helping Libya launch the project of national reconciliation to lead to peace and stability.  This is an important pillar.  These responsibilities force the country to work in an impartial and balanced effort.  The Presidential Council is trying to resolve political disputes.

Noting that the Presidential Council has closely followed the dialogue between the Parliament and the Council of State, he said that they still have not agreed on the rules to follow to establish elections.  The Presidential Council stresses that these rounds of dialogue should not continue indefinitely and it stands ready to intervene to help overcome the impasse.  It economically supports all efforts to restore the production of gas and oil in all Libyan regions.  This will support international markets and the countries that are major consumers of energy.  Based on its balanced position, the Presidential Council supports fair and transparent management of oil revenues, which belong to all Libyans.  The funds should not be a source of conflict but benefit all Libyans in all regions of the country, he said.  Achievement of this goal would reduce the current conflict for power and create a favourable climate for democratic transitions.

Libya considers the role of the United Nations in a positive light, despite its slower rate of intervention recently.  He still expects an active role through the new leadership of the United Nations Support Mission in Libya (UNSMIL).  He called for the Mission’s continuation and support of inclusive national reconciliation to overcome the impasse, which has opened the road for individual initiatives that risk the country’s achievements.  He called for new momentum in the country’s economic development, including areas such as the transparent and just management of oil resources, financial controls and combating corruption.

The world today is on the threshold of a new international order.  Reminded of the suffering of humankind at the beginning of the twentieth century, he said:  “We thought the errors of the past would not be repeated… Now is the time for human consciousness to speak out in favour of peace.”  The world needs to uphold the United Nations principles of sovereignty of States and resolve conflicts by peaceful means.  He called for the right of people to use nuclear energy for peaceful purposes, in compliance with criteria defined by the International Atomic Energy Agency (IAEA).  He also called for renewed efforts to fight terrorism, which does not spare anyone, and said Libya is fulfilling its responsibility to fight the financing of terrorism.