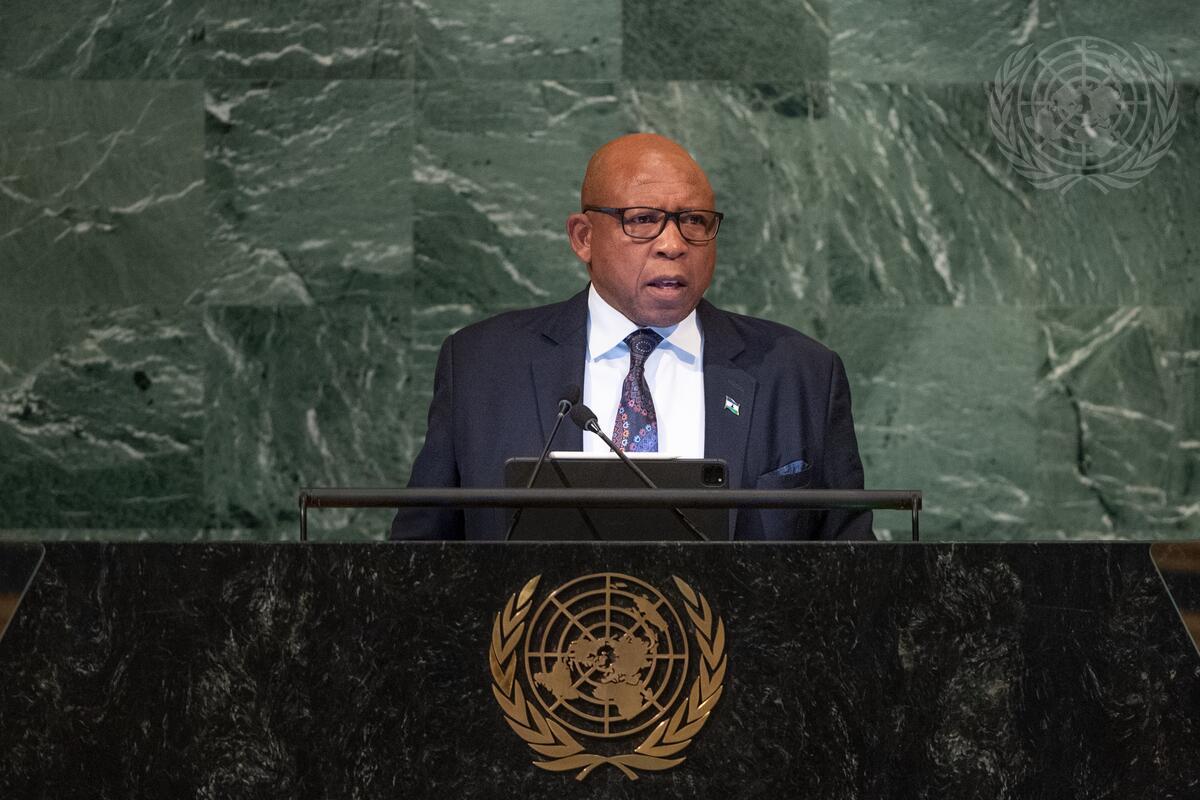 MOEKETSI MAJORO, Prime Minister of Lesotho, reporting that the COVID-19 pandemic has exposed Lesotho’s vulnerability as Africa’s landlocked least developed country, called for innovation and digital technology to achieve sustainable recovery and readiness for future pandemics.  In addition to the pandemic, he pointed to other unpredictable global shocks that impacted his country, including wars, climate-related events and the lack of predictable financing.  Without a true spirit of partnership, where each partner lives up to expectations, “the Decade of Action will end as a decade of disappointment”, he warned.

The pressing challenge of climate change has a direct bearing on food insecurity and poverty in Africa, he continued, cautioning against destruction of the continent’s ecosystems, land degradation and the decline of agricultural productivity, which is the mainstay of small economies.  Pointing to the indisputable scientific evidence of the link between global warming and human activity, he noted that catastrophes have begun to hit, mostly affecting the poorest and most vulnerable countries.  The global climate-finance architecture is complex, he added, calling on the international community to simplify the accessibility of funds earmarked for climate change.

Spotlighting recurring conflicts and eruption of new ones in many parts of the world, he said that the emergence of new extremist groups and terrorist entities are a stark reminder that the international community must act collectively.  The use of military force alone as a strategy for combating terrorism has never been a panacea for eradicating that menace.  Terrorism requires a holistic approach that addresses its root causes.  Similarly, leaders should not turn a blind eye on the plight of civilians in all conflict areas, he noted, stressing the importance of consistency in dealing with humanitarian crises in different parts of the world.  Raising concern over the simmering trade and political tensions between the United States and China, he emphasized that military power and aggression can never beget peace.  In the same vein, he said the ongoing war in Ukraine and other parts of the world inflicts a reputational carnage on the United Nations.

He added his support to the call for the reform of the United Nations, including the Security Council, recalling United States President Joseph R. Biden’s statement, on 21 September, calling for representation of Africa in the permanent category of the Security Council.  He also noted that heightened geopolitical tensions have led to the re-emergence of protectionist trade policies, adding that the economic war in terms of sanctions has the potential to make global supply chains less efficient.  In this context, all economic and political sanctions should be lifted against Zimbabwe, he said, also expressing solidarity with the people of Cuba for having endured economic sanctions for so many years.  He further urged the international community to intensify efforts to bring to an end the question of Western Sahara, whose people “languished under the hegemony of colonialism for far too long”.  Along similar lines, he expressed support to the Palestinian who “endure untold pain and suffering”.