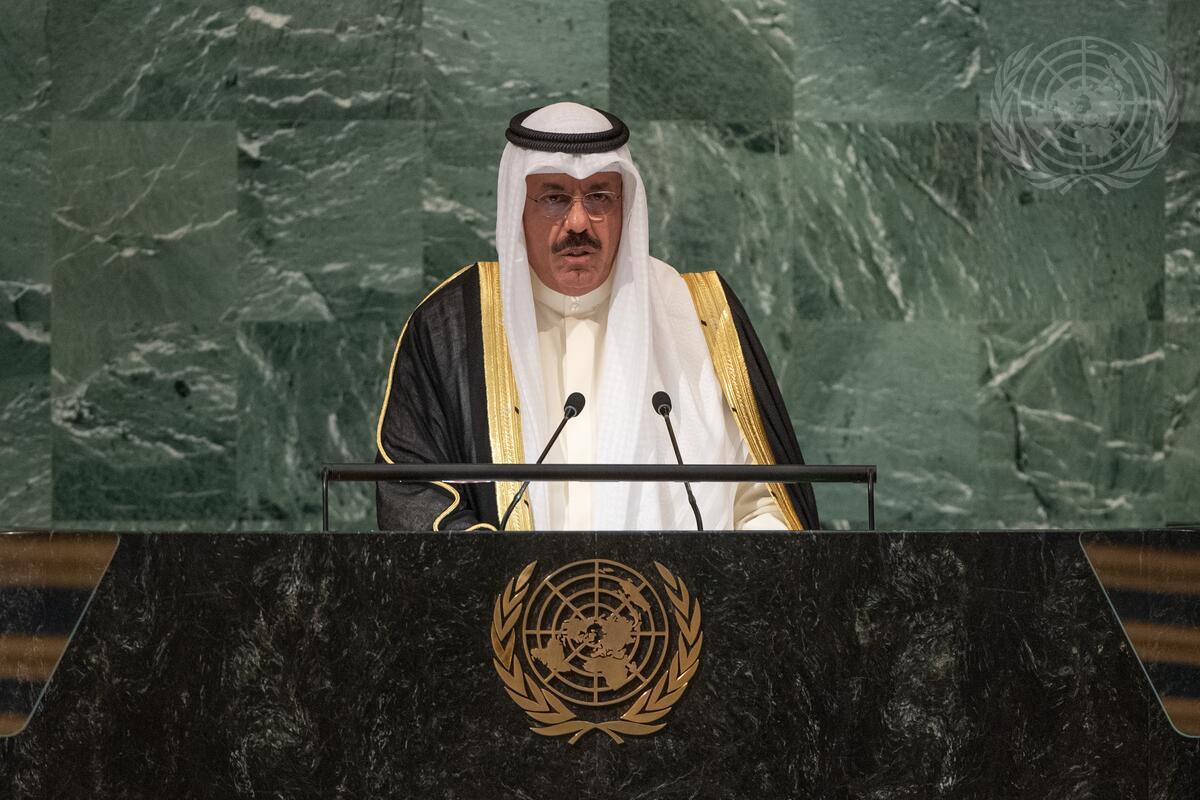 SHEIKH AHMAD NAWAF AL-AHMAD AL-SABAH, Prime Minister of Kuwait, reaffirmed his commitment to the multilateral system and the principles and aims of the United Nations Charter, which aims to serve humanity using mediation and preventive diplomacy and spare future generations form wars and conflicts.  The world is watching the developments in Ukraine and its impact on international security and stability.  He affirmed adherence to the principles of international law and the Charter, which reject the use of force, the threat of force, or even waving such a threat, to resolve conflicts between countries.  He supported all United Nations endeavours and international efforts to de-escalate the conflict, achieve a ceasefire and find a peaceful solution “because the experiences of contemporary history have proven that peace and its related mechanisms of mediation and dialogue was, and still is, the optimum choice for resolving conflicts, no matter how long they last”.

The Question of Palestine is a central and pivotal role in the Arab and Muslim worlds, he said.  Tensions and instability will remain unless the Palestinian people can obtain their legitimate rights and Israel ceases its continuous violation of international humanitarian law. He emphasized the need to re-launch negotiations, within a fixed time frame, to achieve a just and comprehensive peace, using the references of the peace process, the resolutions of international legitimacy and the Arab Peace Initiative.  This would end the Israeli occupation and establish an independent Palestinian State, with East Jerusalem as its capital, along the borders existing before 4 June 1967.  Regarding the situation in Syria, he said there is no military solution to this crisis. He stressed the need to reach a political settlement, in accordance with all relevant Council resolutions, particularly resolution 2254 (2015).

Turning to the crisis in Yemen, he welcomed the truce agreement between the Yemeni sides, emphasizing the need to execute all of its provisions and commending the efforts of the Secretary-General’s Special Envoy for Yemen in strengthening compliance with the truce.  He renewed a call to Iran to take serious, trust-building measures to begin a dialogue built on respect for State sovereignty and non-interference as well as the reduce tensions in the Gulf region, and to preserve safety, security and freedom.

Kuwait is approaching its sixtieth anniversary of membership in the United Nations, he said.  During that time, the invasion and liberation of Kuwait was a success story for the Organization. This included strict implementation of the resolutions of international legitimacy, including resolutions of the Council and Assembly.  This shows the importance of multilateral international action to achieve a world of security, stability and prosperity. In November, the Arab region will host the FIFA World Cup, organized by Qatar. It is the first Arab and Muslim country to host such an international competition and the event confirms the region’s economic and cultural renaissance and its ability to host such major tournaments.