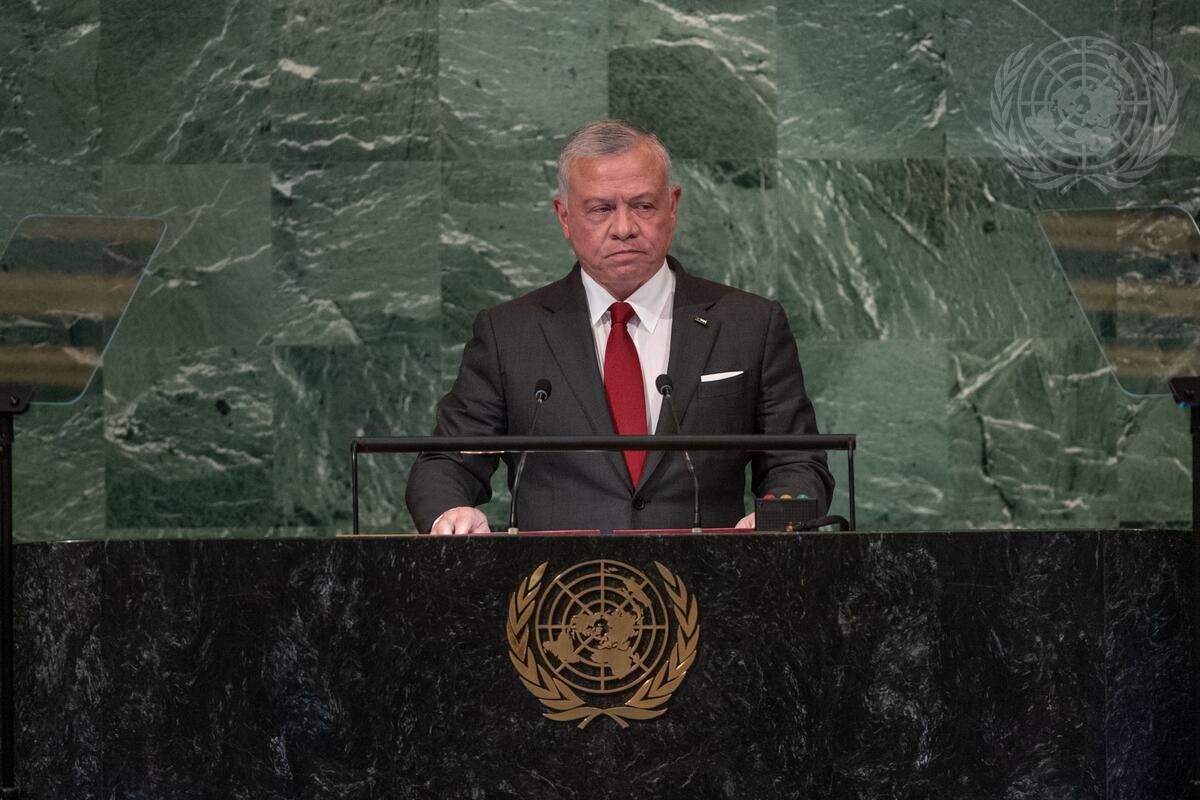 ABDULLAH II IBN AL HUSSEIN, King of Jordan, noting that the General Assembly met today “as the alarm bells ring all around us”, went on to ask the organ :  “Is this the future we will leave to the generations yet to come?”  Highlighting that the Dead Sea, the Jordan River and coral reefs in the Gulf of Aqaba are all threatened by climate change, he stressed that no country could heal the “injured” Earth alone.  Also highlighting that the global supply chains have been disrupted due to the COVID-19 pandemic as well as the situation in Ukraine, he stated that the current food insecurity demands collective measures to ensure fair access to affordable food.

To tackle global crises, he stressed that his country has worked as a bridge for regional partnerships and cooperation, international crisis response and humanitarian action, outlining the establishment of multilateral partnerships with Egypt, Iraq, United Arab Emirates, Bahrain and other countries in the region.  He said that his country sees “regional resilience packs” coming together to stimulate fresh opportunities and growth.  He emphasized that Jordan has hosted more than 1.3 million Syrian refugees, adding that host countries look to the international community to honour its commitment to meet the needs of refugees, which he said is an international responsibility.

Turning to the situation in the Middle East, which has been “synonymous with conflict and crisis”, he expressed hope that a new-found spirit of collaboration can make the region an exemplar of resilience and integration.  On resolving the Palestinian-Israeli conflict, he stressed that it is the people themselves, not politics and politicians, who will have to come together and push their leaders to resolve this.

Referring to the renewal of the mandate of the United Nations Relief and Works Agency for Palestine Refugees in the Near East (UNRWA), on which the Assembly will vote later in 2022, he called on the international community to send a strong message of support for the rights of Palestinian refugees, also adding that the road forward is the two-State solution.  As custodians of Jerusalem and its Islamic and Christian holy sites, he stressed that his country is committed to protecting their historic and legal status quo.