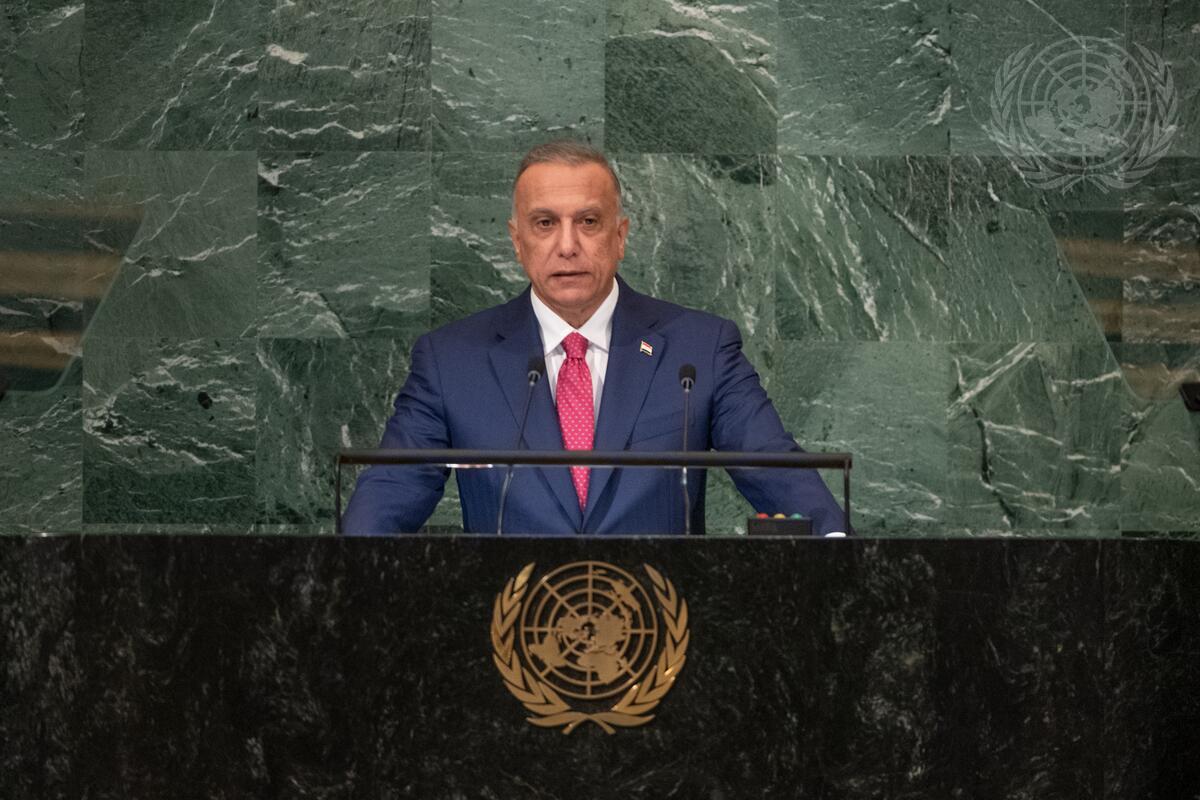 MUSTAFA AL-KADHIMI, Prime Minister of Iraq, stated that despite the difficult circumstances, his country employed the “spirit of hope” embodied by its people to fight terrorism and defeat it on behalf of the world, adding that his people made enormous sacrifices to liberate their land from Islamic State in Iraq and the Levant/Da’esh (ISIL) and its ideology.  He renewed his country’s call to continue confronting international terrorism, expressing hope that Iraq will receive further support from the United Nations.  He further reiterated its calls for its territories to not be used “under the pretext of combating terrorism or protecting the national security of other countries in a manner that endangers our security and stability,” also stressing the need to respect the sovereignty of States.

On domestic issues, he stated that despite the success of its past elections supported by the Organization, “the political forces could not agree on the Government’s formation, leading to a political impasse.”  Stressing that his Government is working to build the State and maintain its stature based on coexistence among all its people, he also noted that his country is keen to be a source of stability — regionally and internationally.  For instance, he continued, the Baghdad Conference on Partnership and Cooperation held in August last year witnessed “remarkable” participation by its neighbouring countries and resulted in important recommendations.

Underscoring that his country is the “fifth most vulnerable country to climate change,” he highlighted that it was grappling with a scarcity of water resources due to a change of course of rivers that it shared with neighbouring countries.  He called on the countries in the region to enter a dialogue to solve water issues in accordance with international law and treaties.  He highlighted Iraq’s efforts, as an oil-producing country, to promote clean energy and other areas related to the green economy.  Further on domestic issues, he stressed that education and culture remained his country’s top priorities and outlined its strategy to upgrade the standards of public and higher education, as well as an initiative to reduce the illiteracy rate in his country.

Turning to the situation in the Middle East, he asserted its stance on the “Palestinian cause and the legitimate rights of the Palestinian people,” continuing to stress the need to preserve the historical status of Jerusalem and its holy sites.  On Syria, he expressed support for the political talks between all Syrian parties as well as the efforts by the Special Envoy of the Secretary-General in accordance with relevant Security Council resolutions.  “Iraq believes that regional crises and wars have consequences for all countries of the world, and that that ordinary people always pay the price for these wars,” he said.