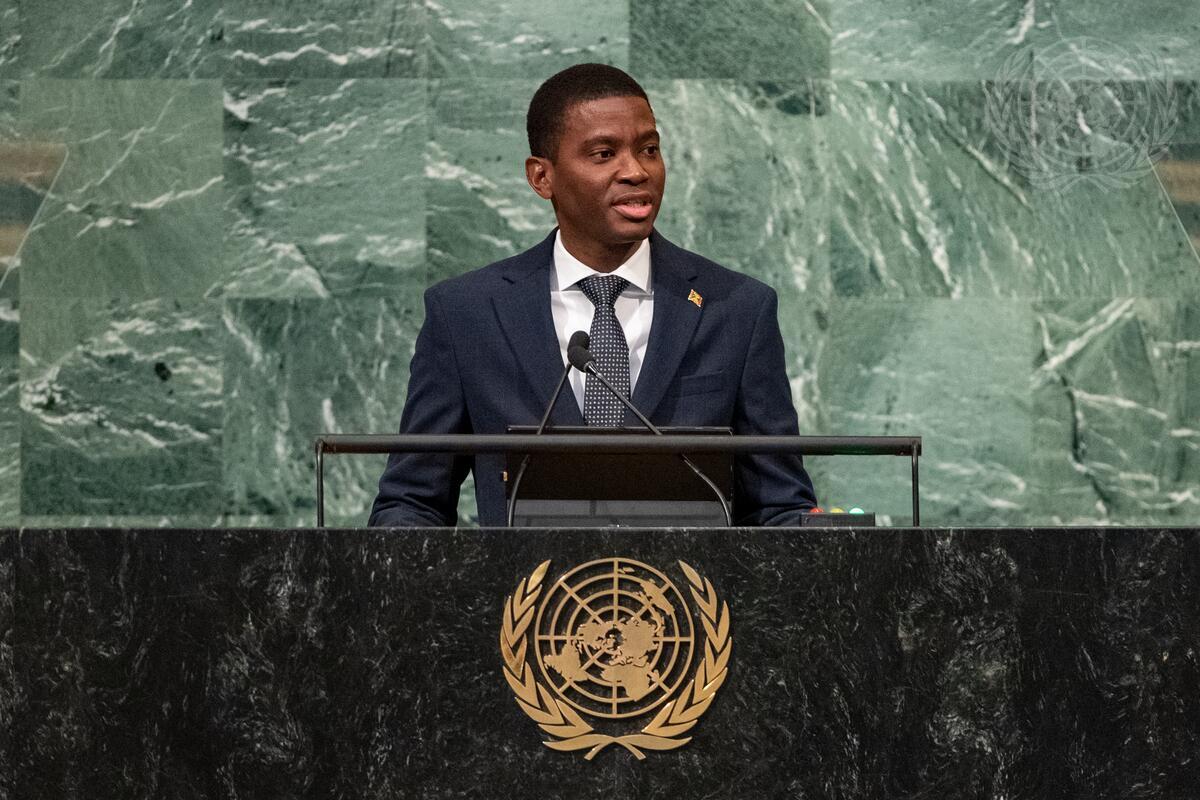 DICKON MITCHELL, Prime Minister of Grenada, pointed out that the COVID‑19 pandemic has taught the international community the value of cooperation, timely exchange of information and sharing of resources.  Therefore, it is imperative that the matter of climate change be escalated to the same level of urgency.  The world must now accept that the solutions to these problems cannot be found be found in “this grand Hall”, but rather in young people, who stand to lose the most from the inaction of the world’s current leaders.  He called on young people to be agents of change rather than victims of climate change.

The small island States of the Caribbean are already experiencing significant effects of climate change, he said, adding:  “We watch and wait, with bated breath and a silent prayer, in the hope that this year it will not be ‘our turn’.”  He reiterated his call for the scaling up of climate finance for adaptation and the removal of challenges that developing States face to access climate financing.  He also called for increased technology development and capacity-building, especially for young people.

On a national level, he noted that the pandemic exposed structural weaknesses and resource deficiencies in his country’s health-care system.  In addition, the ensuing closure of borders and stagnation of tourism exacerbated already high levels of unemployment and poverty.  To that end, the Government intends to mitigate such circumstances in the future by diversifying its economy and developing information and communications technologies.

Noting that the war in Ukraine has resulted in hardships upon nations unconnected with the conflict, he joined the call for the Russian Federation to end its war efforts in Ukraine and for the parties to negotiate a peaceful settlement.  He also renewing his call for the Caribbean to remain a zone of peace and for Cuba to be removed from the United States’ List of State Sponsors of Terrorism.  Further, he said it was regrettable that more has not been done for Haiti to help it achieve political stability, peace and economic progress.

Reiterating support for the International Court of Justice’ efforts regarding the border dispute between Guyana and Venezuela, he reaffirmed his country’s support for the territorial integrity of Guyana and called for an end to the imposition of unilateral coercive measures against Venezuela.  He also stressed that, for small island States to eliminate poverty and attain sustainable levels of development, the vulnerability criteria must be comprehensively reviewed as a matter of urgency.  To that end, he called for a new multidimensional vulnerability index for small island developing States, which would “eliminate the threat to our economic development and security”.