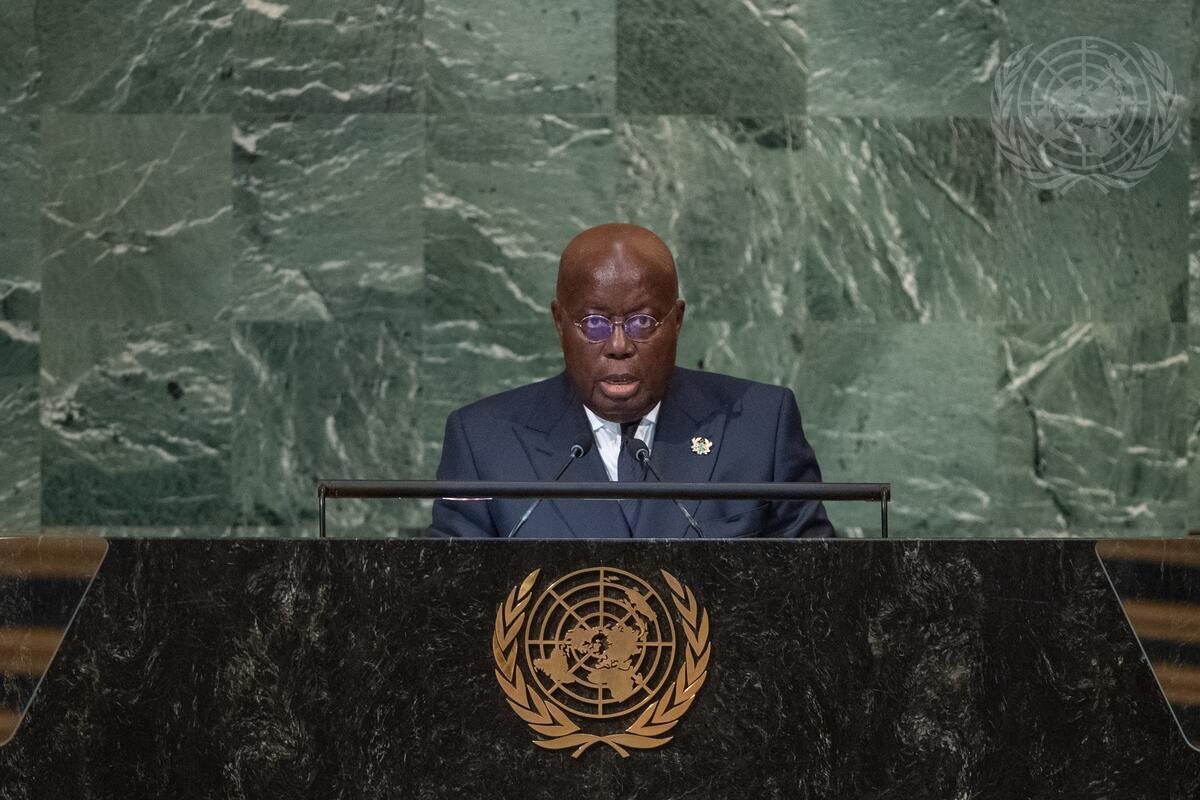 NANA ADDO DANKWA AKUFO-ADDO, President of Ghana, said that “the world is not in a good place”, with the World Bank reporting the steepest global economic slowdown since 1970.  By 2021, COVID-19 had pushed Africa into the worst recession for half a century, determining a slump in productivity and revenues, and increasing pressures on spending and spiralling public debts.  In addition, he said the Russian Federation’s invasion of Ukraine, besides causing dismay due to the deliberate devastation of cities and towns in Europe, is a war “we are feeling directly in our lives in Africa.  Every bullet, every bomb, every shell that hits a target in Ukraine, hits our pockets and our economies in Africa”.  As inflation reaches records worldwide, Ghana is experiencing the highest rate for 21 years, with high food prices hurting the poor, especially in urban areas the most.

As central banks increase interest rates to combat inflation, global investors are pulling money out of developing economies to invest in bonds in the developed world.  “It has become clear, if ever there was any doubt, that the international financial structure is skewed significantly against  developing  and emerging economies like Ghana,” he said, adding that the avenues opened to powerful nations enabling them to take steps to ease economic pressures are closed to small nations.  Moreover, the quick downgrading of African economies by credit rating agencies has worsened the financial situation, denying smaller countries access to cheaper borrowing, pushing them deeper into debt, he said, called for reform of the financial system that operates on rules designed for the benefit of rich and powerful nation.

He called for urgent solutions to pressing issues ranging from energy transition and security to economic and political turmoil and climate change. Pointing to the destabilizing conflict in the Sahel, he stressed that the unrest has moved to the West African coastal countries.  “All of Ghana’s neighbours have suffered terrorist attacks, and some have lost territorial space to the invading forces,” he said, adding that the terrorist pressure has provided a pretext for the reappearance of military rule in three Economic Community of West African States (ECOWAS) countries.  Fighting terrorism has forced African countries to divert financial resources from education and infrastructure to security.  “This is a global problem, deserving the attention of the world community for a global solution,” he said.

Paying tribute to the country’s first President, Kwame Nkrumah, who contributed to the birth of a united Africa, he stressed the importance of unity in the continent and renewed commitment to industrialization and economic integration, while calling on African leaders to see the current geopolitical crisis an opportunity to rely less on food imports  and better use the continent’s 60 per cent global share of arable lands to increase food production.  Still, the continent needs help, he said, telling the global investment community that:  “Africa is ready for business,” billing it as “the new frontier for manufacturing, for technology, for food production”.  To this end, he launched six years ago a “One District One Factory” policy, which has led to the establishment of 125 factories across the country and the awareness that many imported goods could be produced in Ghana or elsewhere in Africa.

Noting that the African Continental Free Trade Area, whose secretariat is in Accra, Ghana’s capital, is driving intra-Africa trade, he reaffirmed the importance of industrialization in various fields, and marked progress made by Ghana in multiple areas.  In line with the African Union’s Agenda 2063 and the United Nations Sustainable Development Goals, “Africa’s ambition is to transform our food systems over the next decade, anchored in the Comprehensive Africa Agriculture Development Programme and the Malabo Declaration on Accelerated Agricultural Growth”, he said, reiterating his call for investments and encouraging the Organization to review the work by the United Nations Industrial Development Organization (UNIDO) and its partners to ensure greater achievements, in the framework of the Third Industrial Development Decade for Africa (2016-2025).