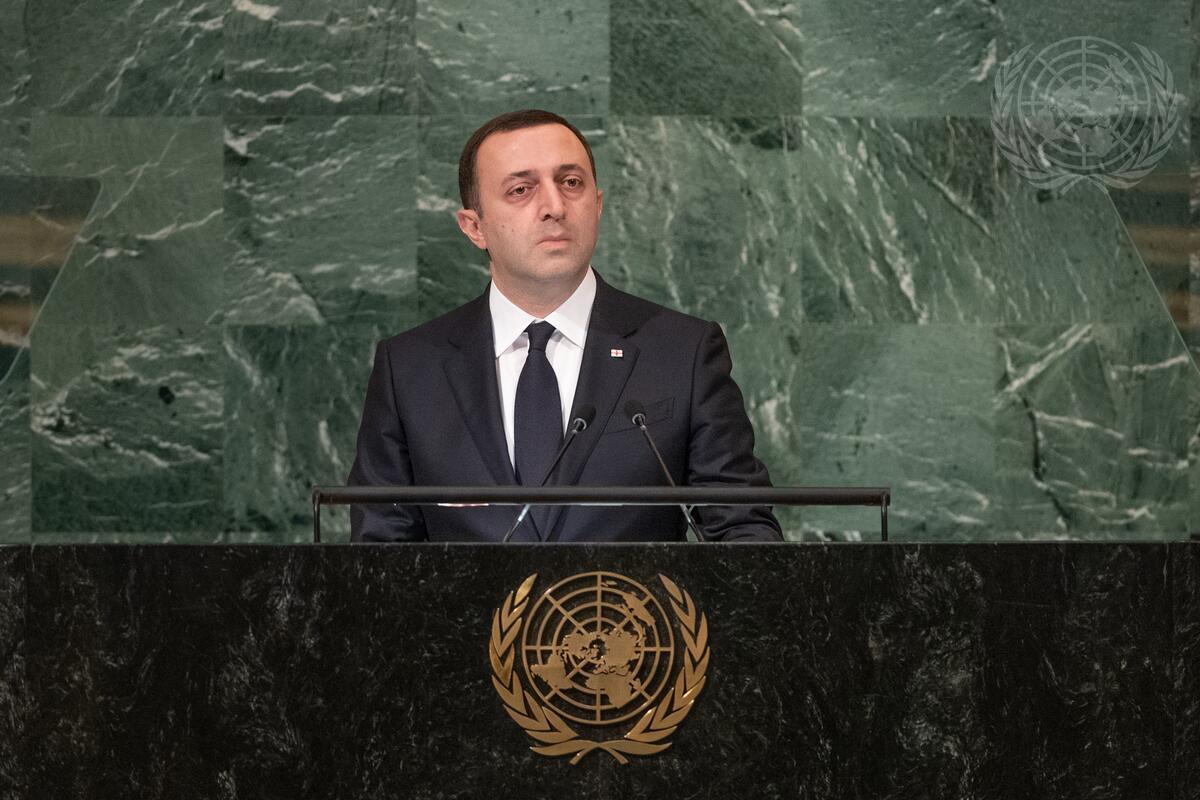 IRAKLI GARIBASHVILI, Prime Minister of Georgia, recalled that in 2008 his country was attacked by the Russian Federation, which currently occupies 20 per cent of its territory.  “The world’s democracies must act as one to ensure that freedom and peace prevail,” he said.  Since the Government came to power in 2012, it implemented an ambitious reform agenda on closer collaboration with the United States, the European Union, the North Atlantic Treaty Organization (NATO) and the United Nations.  As Georgia continues its unequivocal path towards European and Euro-Atlantic integration, its aspirations are “backed by actions and real results”, he said referring to the Deep and Comprehensive Free Trade Area agreement with the European Union and visa-free travel within the Union.  “The prospect of acceding to the European Union is a strong motivation,” he added.

He underscored that his country developed a long-term development strategy, Vision 2030, along with a new national Strategy for Human Rights for 2022-2030.  The latter aims to further improve human rights protection standards and is in line with the Sustainable Development Goals.  “We are working with the world's leading firms and brightest minds to transform Georgia into a true multidimensional regional hub,” he said.  The country’s financial services sector is globally recognized and attracts attention of international investors, its start-up ecosystem is thriving, and its logistics and energy potential is being realized.  “We are creating opportunities and giving all the necessary tools to our citizens, including those living in Georgia’s occupied territories,” he confirmed.

He went on referring to the ongoing full-scale war of the Russian Federation against Ukraine, reiterating that “Georgia stands with Ukraine”.  Since the beginning of the war, the Government provided substantial humanitarian assistance to Ukraine and allocated more than 1,000 tons of humanitarian aid.  Georgia provides financial assistance and accommodation to over 32,000 Ukrainians currently residing in the country, whereas more than 1,500 Ukrainian students are enrolled in its educational system.

Conforming to the report of the United States State Department on the investment climate in Georgia, the National Bank of Georgia and Georgian financial institutions act fully in accordance with the financial sanctions imposed by the United States and others on the Russian Federation.  Georgia also aligned with restrictive measures of the European Union against Crimea and Sevastopol, “and for this year, with restrictive measures on Donetsk and Luhansk,” he added.  As the conflict in Ukraine has shown, the wider security of the Black Sea is at the forefront of the Euro-Atlantic security agenda, and Georgia, as an indivisible part of the regional architecture, is ready to increase its contribution to common security.  Predictability is a crucial precondition for sustainable economic development.  “The more predictable the Black Sea region becomes, the more we can unlock its economic potential for the benefit of our people and the global economy”, he said.  For that reason, Georgia is developing strategic transport corridors connecting Asia with Europe and participates in several international initiatives to facilitate reliable and efficient commerce across the Black Sea.