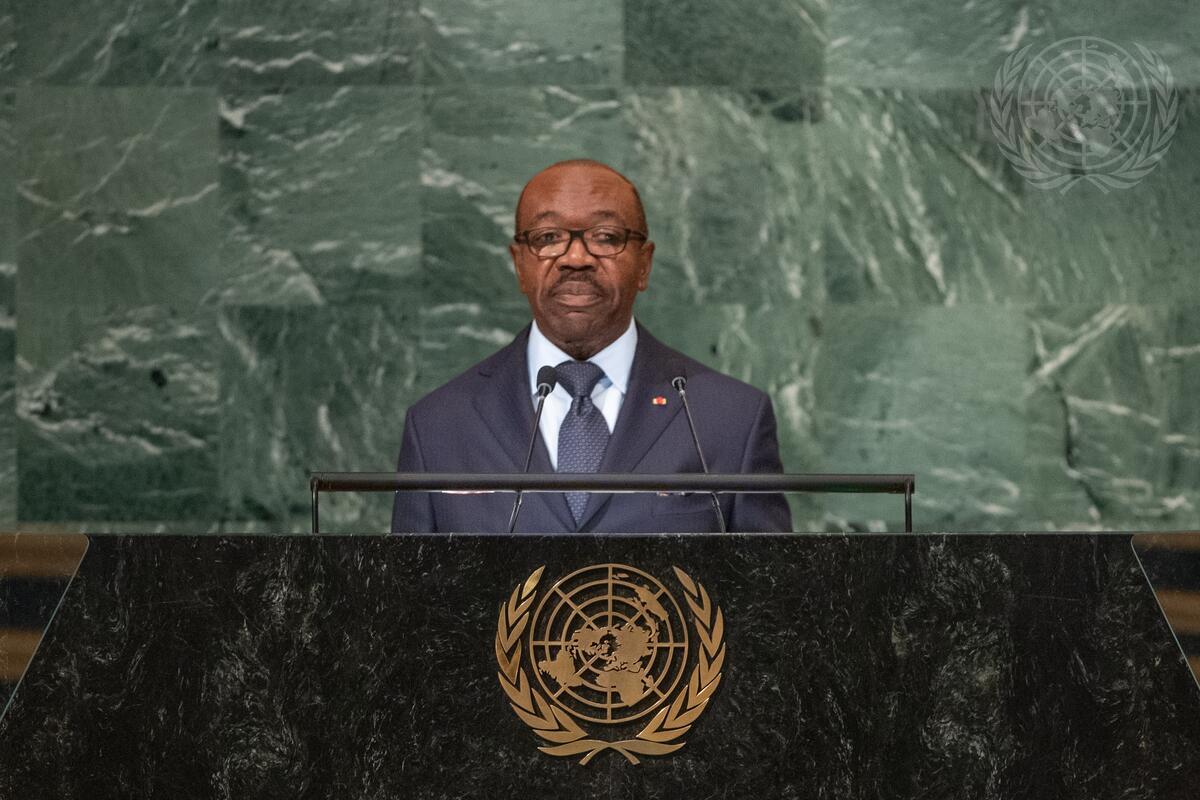 ALI BONGO ONDIMBA, President of Gabon, stated that the emergence of new “centres of influence” requires the international community to prioritize dialogue over power struggles.  In the face of rivalry between powers and multifaceted challenges, it would be “dangerously naïve to continue to opt for power struggles over unilateral positions.”  With less than eight years before the deadline of 2030 to achieve the Sustainable Development Goals, he emphasized the need to evaluate progress considering the threat which COVID‑19 has posed on economies.  While noting that Gabon has subsidized certain commodities to tackle inflation, he also mentioned that it needs to be overcome together with a sense of solidarity.

He went on to say that humanity faces a “triple” environmental crisis — climate change, biodiversity crisis and pollution notably by plastics.  With 88 per cent of its land covered by forest which absorbs over 100 million tons of carbon dioxide every year, he stressed that his country has already achieved the objective of carbon neutrality set by the Paris Agreement on climate change.  He expressed hope that a carbon market will be created to enable his country to maintain this performance through 2050 and beyond.  He then stated that the fifteenth meeting of the Conference of the Parties will be a “decisive moment for humanity”, adding that the time has come to mobilize 1 per cent of global GDP for nature.  He then stressed the need to adopt a binding international agreement on plastic pollution, as well as a high seas treaty.

Turning to peace and security, he underscored that restricting armed groups’ access to arms will be at the heart of his country’s priorities during its presidency of the Security Council in October.  He reiterated his call for a robust partnership to ensure greater security in the Gulf of Guinea.  He also noted that many countries face humanitarian crises exacerbated by armed conflicts, such as the case in Ukraine, which has led to a worsening of existing food shortages.  “Gabon, which has never experienced an armed conflict, will continue to advance and favour dialogue and negotiation over confrontation,” he continued.

Stressing that access to education for children should be considered “sacred”, he expressed support for making schools into sanctuaries, particularly during armed conflicts.  “To compromise education is to place a mortgage on future generations,” he said.  In this regard, he explained that his country made the promotion of women and young people a key priority, recalling the launch of the decade of the Gabonese women in 2015.

With internationalism at a turning point, he highlighted the need to reform the United Nations to ensure better consideration of the aspirations of Africa, particularly at the Security Council.  “Africa has waited long enough, and we will not wait any longer,” he added.  Stressing that it is crucial to put an end to the use of sanctions, he reiterated his call for the total lifting of the embargo which has affected the Government and the people of Cuba.  On the Middle East, he stated that the two-State solution is the only way to resolve the Palestinian-Israeli conflict and achieve peace and security.