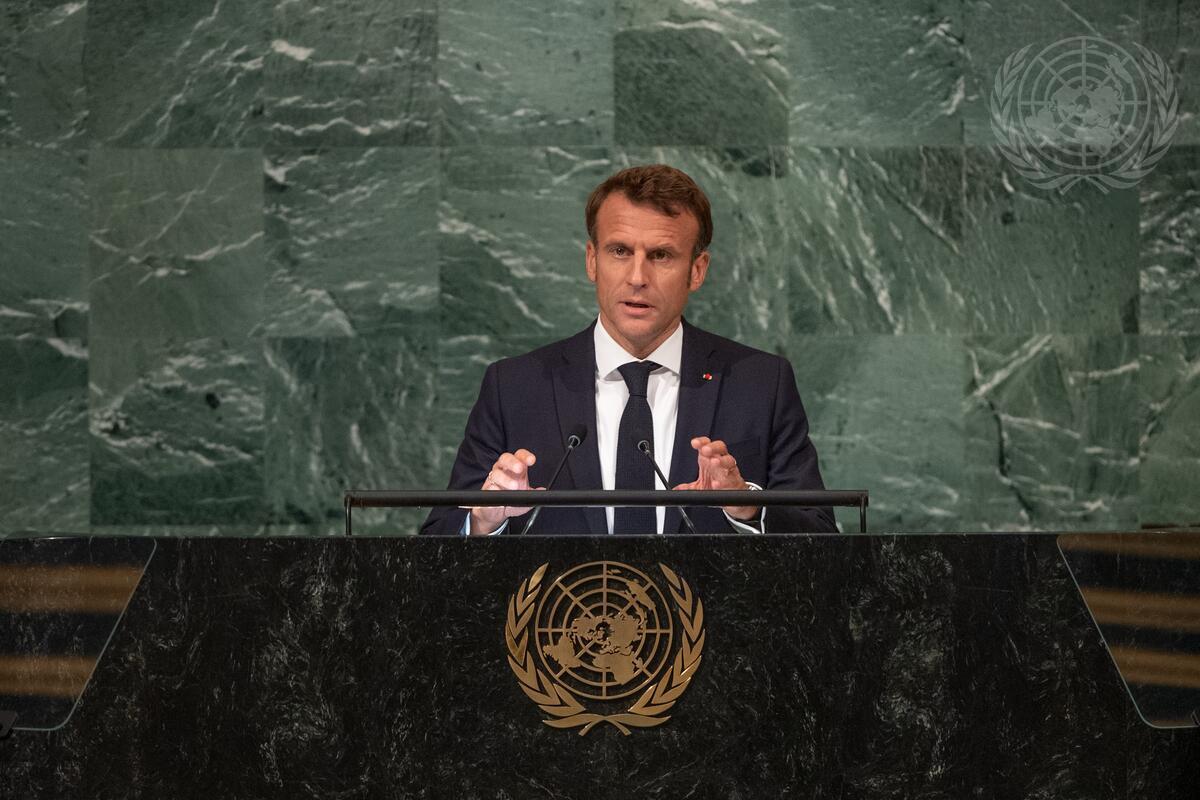 EMMANUEL MACRON, President of France, said he was thinking of all those who have fought for his country to be free, including during the two world wars of the last century.  “Let us not forget that debt,” he said.  There is no other legitimate centre of power other than countries that decide on sovereignty together.  Today, there is a need to make a simple choice, “that of war or that of peace”, he said.  On 24 February, the Russian Federation, a permanent member of the Council, violated the Charter and the sovereignty of Ukraine.  On 16 March, the International Court of Justice called for the withdrawal of Russian military forces.  The decision by the Russian Federation has paved the way for other wars and annexations in Europe today, or in Asia or Latin America in the future.  There are Russian troops in Ukraine and no Ukrainian troops in the Russian Federation.  Security no longer depends on the strength of alliances, but on armed groups and militias.  It is a return to the age of imperialism and colonialism.  He will continue dialogue with the Russian Federation as it is the only way to find peace.

He supported the efforts of IAEA and its mission to Ukraine to provide peace.  The international community is aware that an agreement that respects international law will enable peace to return.  Ukraine must be liberated and its sovereignty protected.  The Russian Federation cannot impose its will militarily.  It is up to the Council and Assembly to support the path to peace.  He called on all members of the international community to act and help end this aggression, refrain from choosing a camp between East and West and respect the Charter.

He said the nations that have remained non-aligned are making an historic error and complicit with a new imperialism.  A new order is trampling over the existing order.  “All are suffering the impact and all are paying the price,” he said, adding none can believe that contemporary imperialism takes the form of invasion.  France stands alongside free people of the world.  Today, there is a risk of a new partitioning of the world.  The Organization holds universal values.  Respect for borders is crucial.  He rejected efforts to split up the world and attempts to exacerbate tensions between the United States and China.

Turning to natural hazards and other crises, he noted the floods in Pakistan; the droughts impacting countries in the Horn of Africa; and the food crisis and hike in food prices affecting people around the world.  Millions are facing hunger.  Other pressing issues, including climate change, terrorism and nuclear proliferation, also need urgent attention.  The international community has a shared responsibility to help the most vulnerable people cope with these challenges.  Turning to the global food crisis, he said France has doubled its contributions to the World Food Programme (WFP) and is working with it to get grain to Somalia.  Regarding the climate and biodiversity, he said France will be in Egypt for the twenty-seventh United Nations Climate Change Conference.  Coal must be eradicated and China and other Powers must make firm decisions at the Conference.  Coalitions must be developed to build alternative forms of energy.  Financial solidarity must be strengthened to provide financing for the poorest countries for their energy needs.  “We must learn from the global pandemic,” he said, adding it was necessary to tackle human and animal health.  The international community must act in solidarity to meet the world’s shared challenges and be respectful of each other.  He said the Council needs reforms, including restricting the use of the veto in cases of mass atrocity crimes.  The international community needs to build peace and a contemporary world order.  The United Nations can count upon France, and each country can count upon France, he concluded.