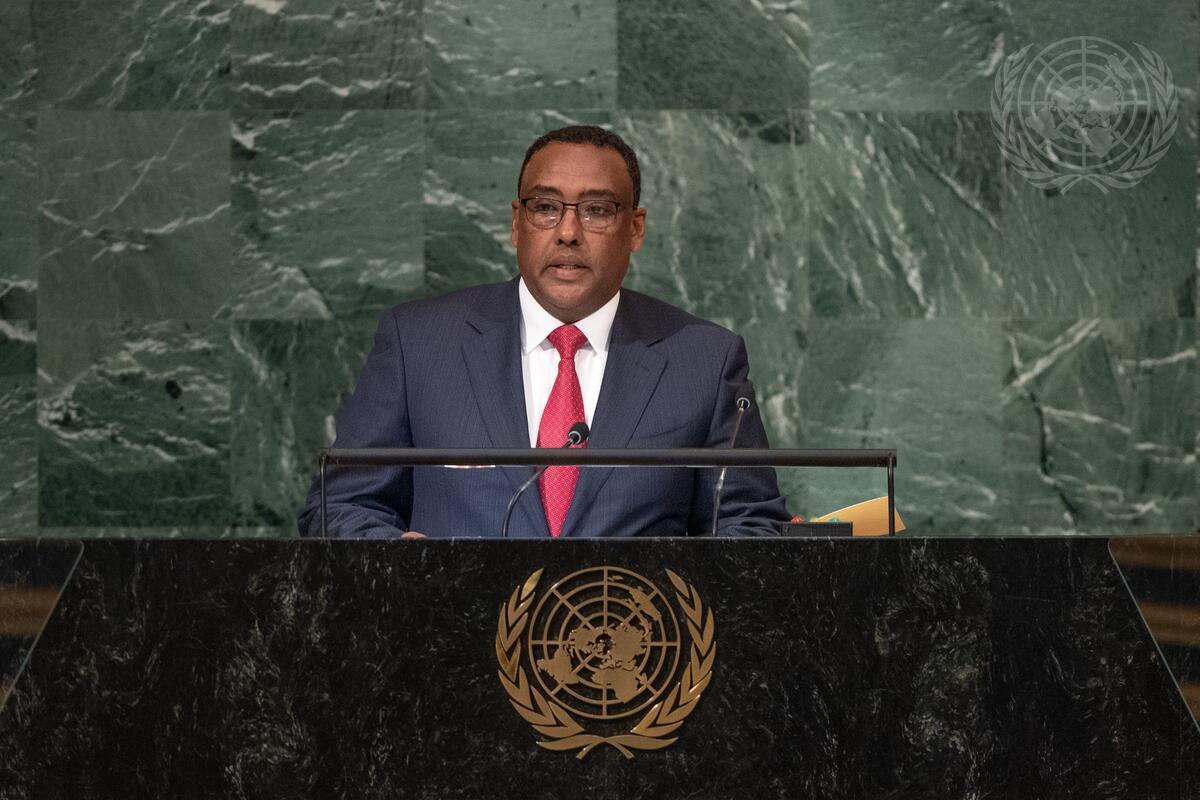 DEMEKE MEKONNEN HASSEN, Deputy Prime Minister and Minister for Foreign Affairs of Ethiopia, emphasized that climate disasters and their destructive impacts are preventable, stressing that countries must realize their climate finance commitments to build resilience and mitigate impact.  To meet emission‑reduction targets, States require focused coordination, non-politicization, avoidance of securitization and cooperation in good faith.  He emphasized that Africa is not responsible for the historic emissions that caused the climate crisis.  “Yet, we are making the most tangible contribution to mitigate the impacts of climate change,” he pointed out.  The Ethiopian Green Legacy Initiative contributed to a strong culture of afforestation.  “We are also on a path to sustainable energy transformation and green growth,” he added, calling for tangible support.

He expressed concern over the lack of universality in the United Nations organs, noting that Africa does not have a permanent seat at the Security Council.  “Our quest for African solutions to African problems is yet to be given the respect and support it deserves,” he said.  Highlighting the significant progress Ethiopia made in socioeconomic development and democratization, he recalled that, in November 2020, it fell victim to the “most heinous and treasonous attack” waged against its national defence forces.  The criminal group aiming to destroy societal foundation of the country, colluded with external actors that oppose the country’s development aspirations.  “The insecurity this group created has been very tragic and costly,” he said, calling for support for a peace, reconciliation and reconstruction agenda.

He also reported that 2021 was a milestone year for his country and for the whole Nile River Basin, announcing that the Grand Ethiopian Renaissance Dam has started to produce electricity.  He also underscored his country’s commitment to equity and cooperation in the use of transboundary rivers and shared prosperity with all riparian countries.  Emphasizing the importance of implementing the Sustainable Development Goals, he also underlined the importance of reforming the global financial architecture to ensure more equitable, speedy and collaborative cooperation based on the needs and potential of least developed countries.  He called on the States to actively support Governments that work to create a conducive environment for the prosperity of their countries and urged that global institutions become more representative and responsive to current challenges.