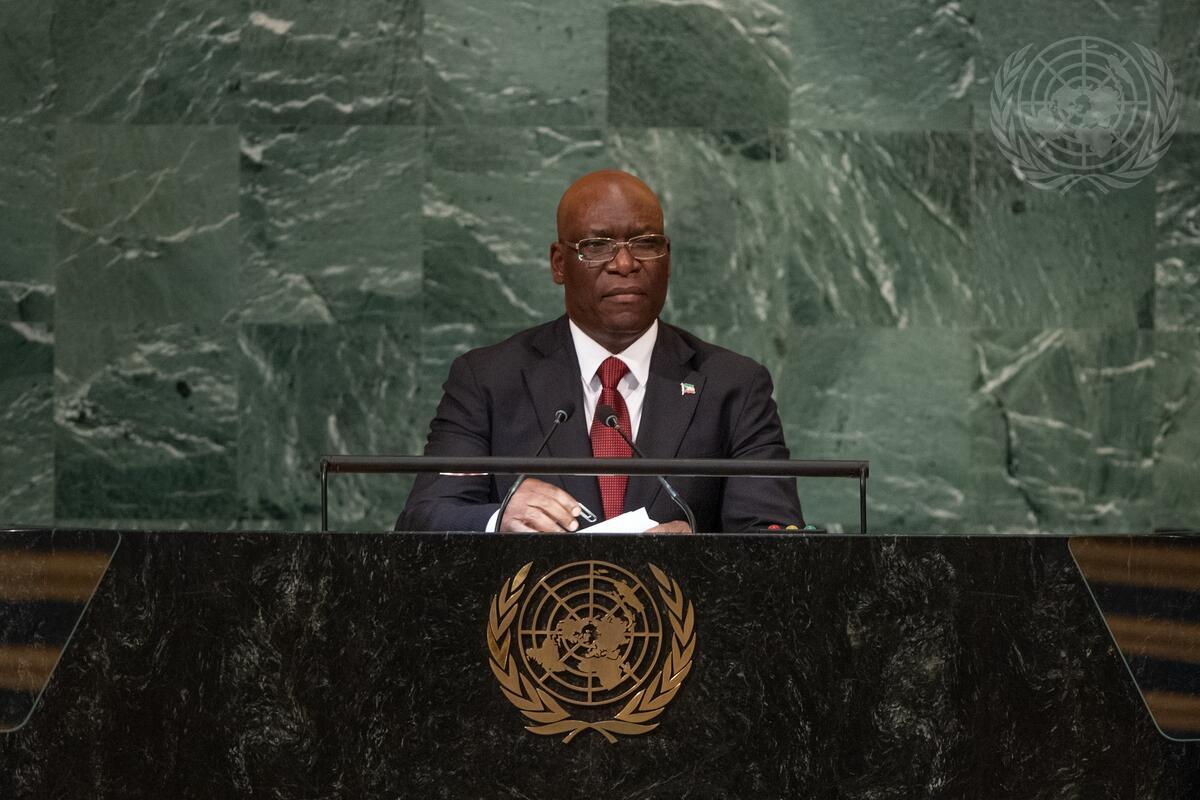 SIMEÓN OYONO ESONO ANGUE, Minister for Foreign Affairs and Cooperation of Equatorial Guinea, speaking on behalf of the country’s President Obiang Nguema Mbasogo, noted that traditional conflicts and emerging challenges such as transnational crime, cybersecurity, biosecurity, climate change and piracy are increasingly prominent, urging countries immersed in current conflicts and all Governments that are directly or indirectly involved to prioritize dialogue and inclusive negotiations in a realistic, pragmatic way.  The African continent must remain a priority, he stressed, with financial commitments for Sustainable Development, along with financial support for peacekeeping to deal with terrorism, emigration, human trafficking, piracy and mercenaries.  The Heads of State and Government of the African Union held an extraordinary summit last May and a donors’ roundtable to provide the support necessary to face the current humanitarian challenges facing Africa, exacerbated by the socioeconomic effects of the pandemic and disasters across the continent.  In that context, he welcomed the initiative for global security presented by China.

His country is committed to promoting human rights with a wide range of national strategies and regulations.  Reiterating the need to reform the United Nations system, he specified the Council, whose structure represents one of the great injustices within Organization.  For more than 15 years, Africa has demanded that reform, assigning two permanent seats and two additional non-permanent seats in the Council.  He further called for the commercial, economic and financial embargo imposed against Cuba six decades ago to be lifted once and for all, as the country “deserves the opportunity to play its part on the world stage as a sovereign country”.

Central Africa remains deeply concerned by the persistent crisis caused by maritime piracy activities in the Gulf of Guinea, whose perpetrators are increasingly acquiring more sophisticated methods that allow them greater autonomy in the open sea, threatening the subregion.  Welcoming the recent resolution adopted by the Council urging the countries of the Gulf of Guinea to criminalize piracy and armed robbery at sea according to their national laws, he further called on them to investigate, prosecute or extradite the perpetrators of such crimes and those who incite, finance or facilitate them.  He called for a summit on the Gulf of Guinea, as has been done with the Gulf of Aden, to devise a strategy to stop all terrorist activities and attempts to threaten regional and international peace and security.