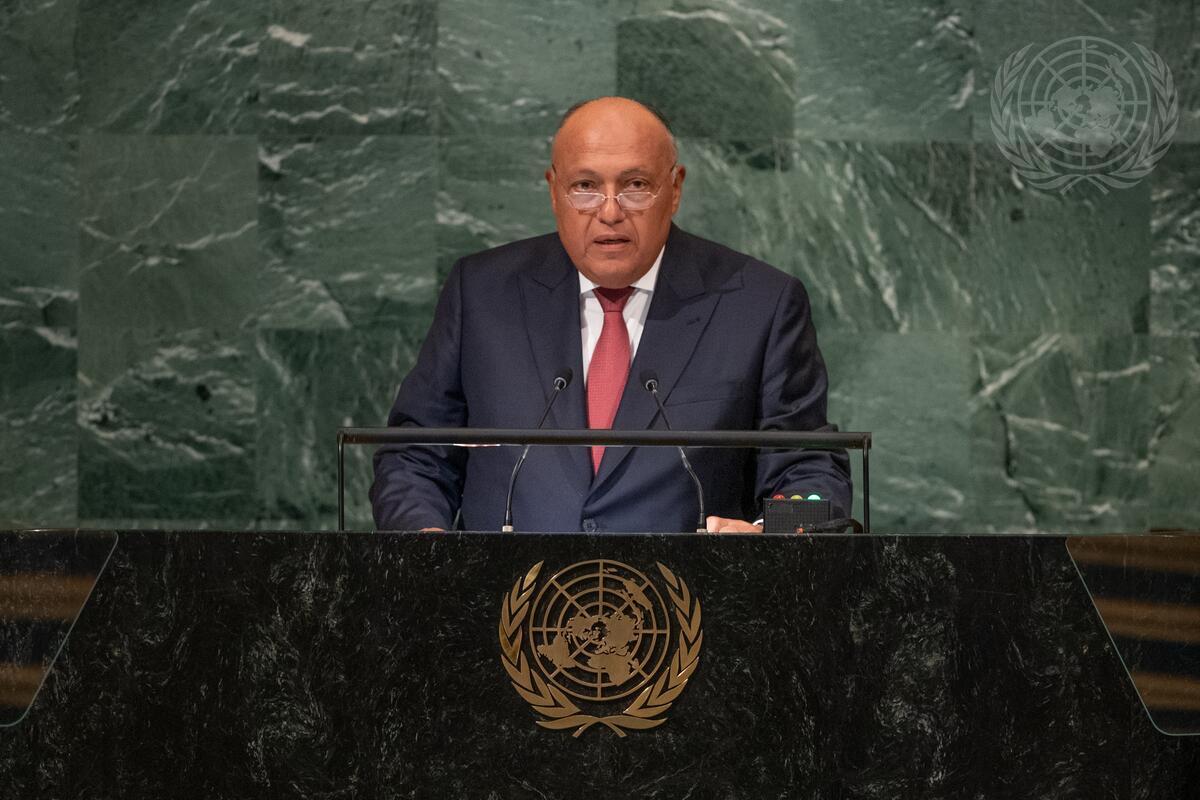 SAMEH HASSAN SHOUKRY SELIM, Minister for Foreign Affairs of Egypt, said the pandemic’s devastating impacts, coupled with successive geopolitical crises, have battered developing countries’ economies, as evidenced by the sovereign debt crisis.  Many countries in the Middle East and Africa lack the resources required to confront that crisis, he added, calling on developed countries to launch a global debt swap initiative between creditor and debtor nations to transform the bulk of debt into joint investment projects.  Such an initiative would combat unemployment, create jobs, and contribute to economic growth.  Noting threats to global security, he said primary among them is the attempt to undermine the nation-State by interfering in its internal affairs and disrespecting the particularities of different societies.  Other threats include terrorist groups and armed militias that dominate the security scene of a number of States.  As such, the nation-State and its institutions must be empowered to play its role at all levels in order to reach an international system wherein the values of dialogue, cooperation, and understanding overcome the use of force.

Turning to the current food crisis, he pointed out that in Africa alone one in five people are at risk of hunger, and the continent remains a net food importer at an annual cost of $43 billion.  An integrated strategy is needed and must address, among others, the root causes of the crisis, the negative impacts of climate change, and developing countries’ access to global markets.  Given its location, his country is ready to cooperate with all parties to establish an international hub for storing, supplying, and trading grains in Egypt, in support of collective food security.  As President of COP27, he urged all members of the international community to put their pledges and commitments into action and support developing countries and least developed countries in their efforts to confront the devastating impacts of climate change.  Also needed are commitments to implementing the pledges to double adaptation financing and ensure accelerated delivery of the $100 billion annually, as well as work on a just transition to renewable energy.

He went on to highlight that water security remains one of the most important challenges facing the world today, especially in the Middle East and Africa, which includes some of the driest and most arid countries in the world.  He pointed out that the issue is not always due to a lack of resources or declining rainfall, but often results from the actions of upstream riparians that assert their absolute control over a transboundary water resource, in disregard for the principles of humanity, good-neighbourliness and international law.  Even after a decade of futile negotiations, his country remains committed to self-restraint and to respecting the Ethiopian people’s right to development.  However, this cannot be at the expense of the Egyptian people’s right to life and survival, he said, stressing the need to reach, without delay, a comprehensive legally binding agreement regarding the filling and operation of the Grand Ethiopian Renaissance Dam, in accordance with the Agreement on Declaration of Principles concluded by Egypt, Sudan and Ethiopia in March 2015 in Khartoum.