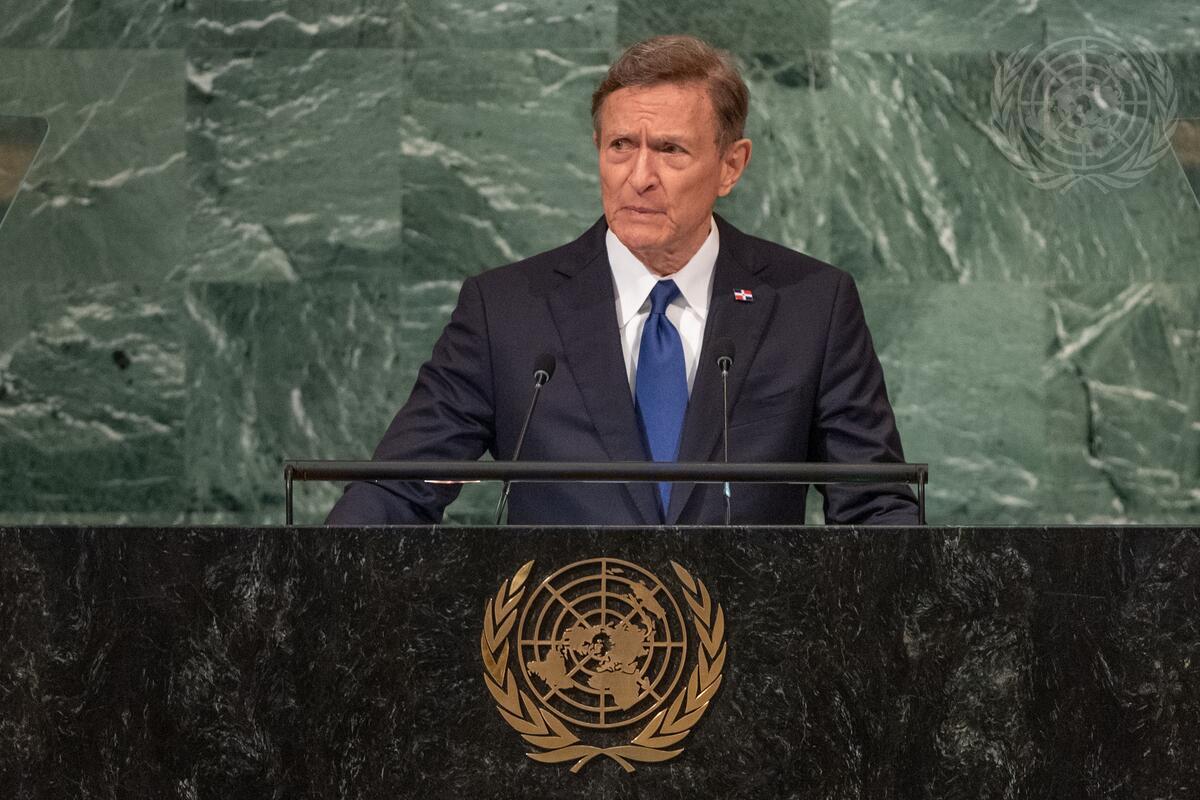 ROBERTO ÁLVAREZ GIL, Minister for Foreign Affairs of the Dominican Republic, urged the international community to recognize that the United Nations requires significant reform to “rouse it from the complacency that has coloured its work”.  A greater role must be granted to the General Assembly to reduce cases of abusive use of the veto in the Security Council, particularly on issues involving human-rights violations and support for humanitarian assistance.  Also spotlighting the importance of addressing climate change, he said that his country is fully aligned with other small island developing States in demanding that countries contributing the most to global warming provide financing for adaptation and mitigation to those suffering most acutely from the effects of this phenomenon.  Additionally, he stressed that peace requires avoiding conflicts that jeopardize the planet’s existence, noting that his country will deposit its instrument ratifying the Treaty on the Prohibition of Nuclear Weapons on 22 September.

Turning to the situation in Haiti, he welcomed the Council’s extension of the mandate of the United Nations Integrated Office in Haiti (BINUH) until July 2023, along with the fact that the Office includes a unit to combat sexual and gender-based violence.  Efforts to stabilize Haiti must focus on urgently establishing peace and political dialogue to combat the violence and chaos.  Noting that criminal gangs are suffocating the people of Port-au-Prince and that the Haitian National Police have not been able to address this issue, he called on the Haitian authorities to control and end gang activity.  He also underscored the need to prohibit the transfer and illicit trafficking of small arms, light weapons and munitions to any party that participates in gang activity, criminal violence or human-rights abuses in Haiti.

He went on to stress the need for all parties to reach urgent political agreement on organizing legislative and presidential elections.  These must feature the full participation of all Haitian people, particularly women, young people and civil society.  Asking which has been a greater tragedy for the Haitian people — the 2010 earthquake that claimed the lives of 220,000, or the current situation that can be defined as a “low-intensity conflict” — he stressed that, despite the tragic suffering caused by the earthquake, the current situation is more desperate.  Recalling that the world came to Haiti’s aid in 2010, he said that, now, Haiti’s resilient people feel abandoned to their fate while they wait in despair for the international community’s aid.  “We must act with a sense of responsibility, and we must act now,” he stressed.