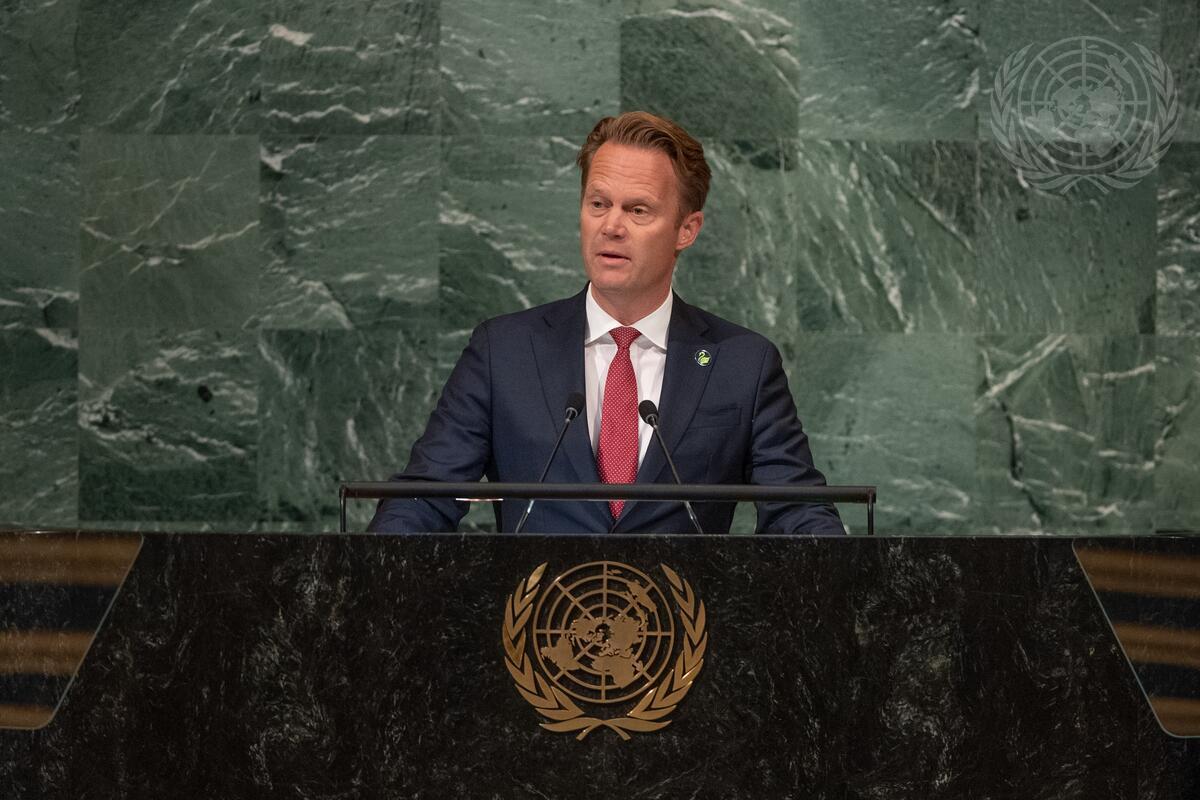 JEPPE KOFOD, Minister for Foreign Affairs of Denmark, said that the General Assembly has had many perspectives on Russian aggression over the last few days — including those of Member States, geographically remote from the war, that are concerned about being caught in a new cold war and are being affected by increased prices for food and energy.  Stressing that these issues are caused by Russian aggression, not international sanctions, he pointed out that he heard no one — apart from a few self-interested voices — deny the evident; namely, that Russian aggression against Ukraine is a direct violation of the Charter of the United Nations.  Russian President Vladimir Putin’s blatant imperial ambitions and horrifying allusions to the use of nuclear weapons pose a threat not only to Europe, but to international peace and security.  He therefore appealed to those present to fight back against “an international disorder where might makes right”.  While pointing out that the war being waged by a permanent member of the Security Council will tap a great deal of Europe’s resources and political focus, he stressed that this does not mean other crises and global challenges will be neglected.

Developing countries have been unjustly hit the hardest by the global crises of our times, he said, spotlighting the COVID-19 pandemic’s continued infliction of human and economic wounds on the societies of the global South.  Collectively, more must be done to address the fundamental imbalances present in the world, as no country can navigate pandemics or counter climate crises alone.  “And nor should we,” he stressed, noting that the international community’s shared future depends on solidarity.  The industrial world must acknowledge its responsibility to deliver on the climate crisis, which requires climate financing.  For its part, Denmark has made major global commitments in this regard by scaling-up climate grants and, further, it intends to contribute at least one percent of the collective target of $100 billion.  This is “way above” Denmark’s relative share, he noted, stressing that, if a small country like Denmark can do this, then so can the members of the G20.

He went on to note that the United Nations’ most essential task was to save the world from the scourge of war, which meant providing the space for difficult conversations, restoring trust and finding common ground on issues where Member States stand far apart.  However, stressing that the Organization “is only as good as what Member States put in”, he called on those present to put in the work to ensure that tensions do not grow deeper.  “We cannot freeride on multilateralism,” he said.  Noting that Denmark is running for a seat on the Security Council for 2025-2026, he said that, if elected, his country will bring its long history of “being a bridge builder” to the organ, along with its knowledge that working with others is necessary to achieve anything.  Turning to United Nations reform, he stressed the need for a United Nations system not only fit for the future, but also able to deliver effectively for today.  On this point, he spotlighted the predictable payments initiative supported by his country that, while only a small step, would pave the way for a United Nations that is better able to act as a result of predictable, transparent payment patterns.