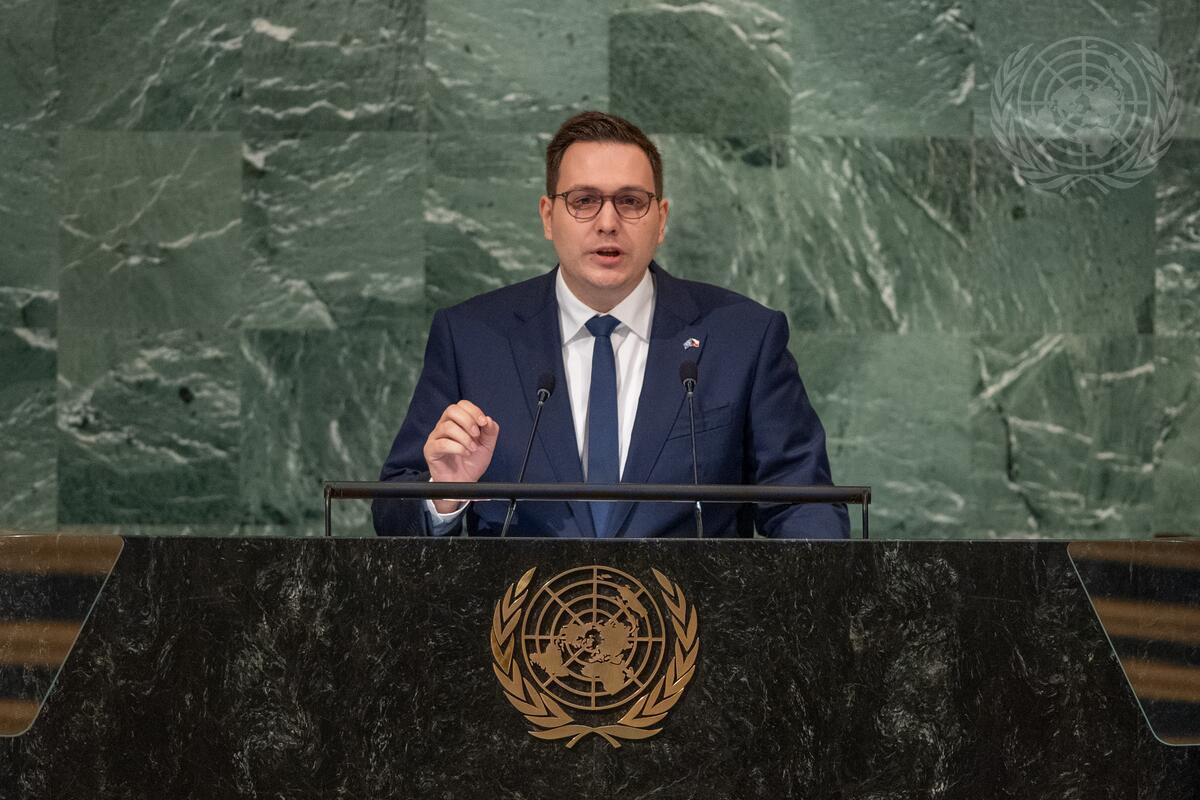 JAN LIPAVSKÝ, Minister for Foreign Affairs of the Czech Republic, said the Russian Federation’s unjustifiable, unprovoked and illegal invasion in Ukraine has fundamentally shaken the international order and threatened European security  He called on Moscow to immediately cease its military actions and voiced support for Ukraine’s right to defend its territorial integrity according to Article 51 of the United Nations Charter.  Furthermore, the Czech Republic “will never recognize the illegal annexation of Crimea” and condemns “in the strongest possible terms the upcoming sham referenda in parts of the Ukrainian territory”, he said.  Rejecting attempts to create spheres of influence instead of equal partnerships, he said that acquiring territories by force must end for while today it is Ukraine, tomorrow, “it could be any of us.”  Listing atrocities such as the “filtration” camps, the horrors in Mariupol, Bucha, Irpin, Izyum as well as Ukrainian citizens deported to the Russian Federation, he said reports on Russian military conduct must be independently investigated.  He supported the referral to the International Criminal Court Prosecutor to open an investigation into the situation on the ground in Ukraine and called for a special international tribunal to prosecute “the crime of aggression committed by Putin’s Russia.”

Highlighting the Czech Republic’s support for Ukraine, he said it hosts the highest number of Ukrainian refugees per capita, over 400,000, and provides volumes of humanitarian aid.  “We support stabilization, recovery and reconstruction efforts of the Ukrainian government.  Not only with words, but with action,” he said.  Expressing the Czech Republic’s concern for human rights globally, he regretted that such rights in the Russian Federation has worsened enormously, while also voicing concern about alarming violations against Uyghur Muslims in China, and the situations in Afghanistan, Cuba, Ethiopia, Myanmar, Venezuela and Iran, among other places.

As the current President of the European Union, the Czech Republic’s priorities are defending Ukraine, ensuring energy and food security, and promoting democracy and human rights, he said.  Pointing to climate change, pollution and biodiversity loss, he said comprehensive humanitarian-development-peace-based responses are needed to address crises, including pandemics, as are sustainable food systems and climate resilience.  Turning attention to the digital space, which carries both risks and opportunities, he said the Czech Republic promotes the concept of “digital humanism” and for free, open, safe and secure cyberspace in an age of cyber-attacks, Internet shutdowns and terrorism.  He reminded the Russian Federation that the Czech Republic still expects an official response from that country concerning its exploded ammunition depot in 2014, also decrying the Russian Federation’s occupation of and armed attack on the Zaporizhzhia nuclear power plant in Ukraine.  He also called on Iran to fulfil its legal obligations under the Treaty on the Non-Proliferation of Nuclear Weapons Comprehensive Safeguards Agreement and clarify all outstanding issues.