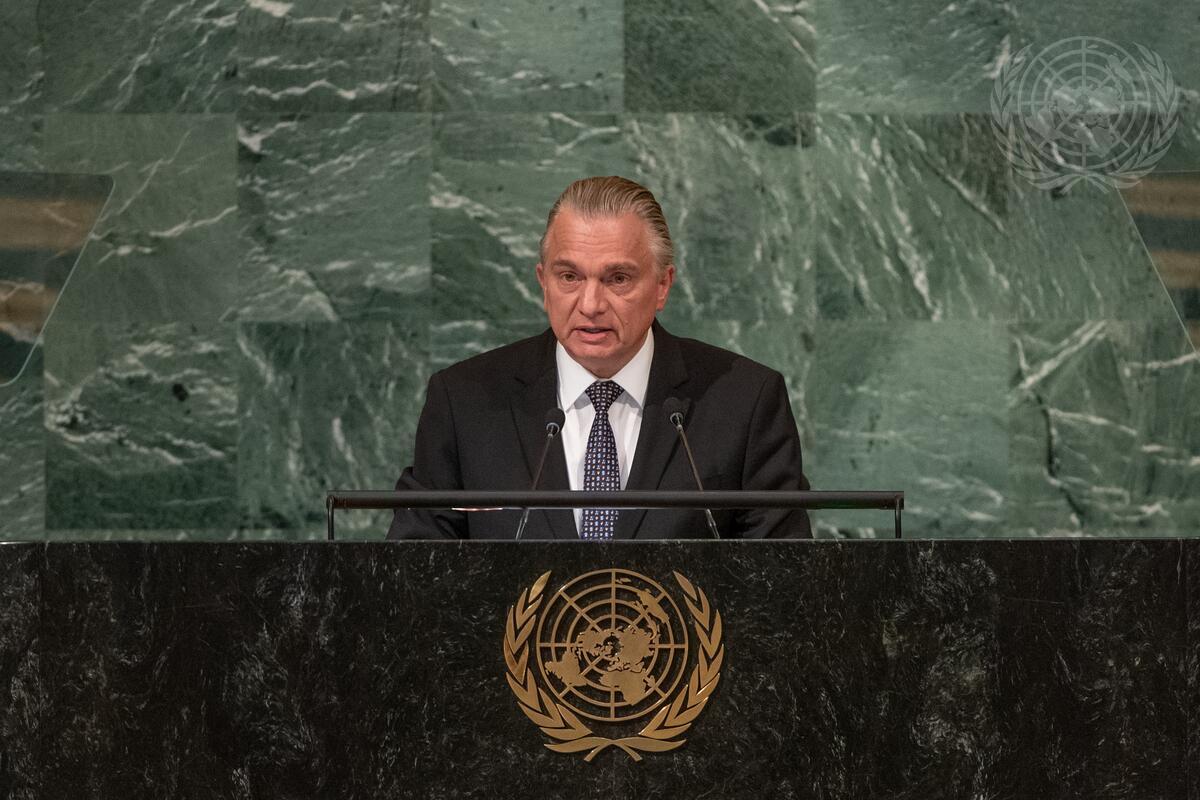 ARNALDO ANDRÉ-TINOCO, Minister for Foreign Affairs of Costa Rica — pointing to the 30.3 per cent COVID-19 vaccination rate, a climate crisis hitting “mercilessly and without distinction” in Pakistan, Puerto Rico the Dominican Republic and Costa Rica, as well as the Russian Federation’s invasion in Ukraine, — said that “a maelstrom of challenges shakes the foundations of this building.”  The invasion of Ukraine not only violates the principles of the United Nations Charter, it also has triggered a humanitarian, fuel, financial and food crisis which has renewed divisions between geopolitical and economic blocs.  Calling for unity instead of division, he urged the Assembly not to forget about other crises, such as those in Yemen, Mali, Myanmar, Syria, Haiti, Tigray, the Sahel, Israel-Palestine, and Nicaragua, which requires a rights-based response.  Costa Rica has risen to the challenge of global migratory flow, becoming the fourth-largest receiving country of refugee applications per capita.  He welcomed the establishment by the Assembly this year of the right to a clean, healthy and sustainable environment, which corresponds with the human right to clean water.  Demonstrating its commitment to human rights, Costa Rica announced it candidacy for membership in the Human Rights Council for the 2023-2015 period, he said, requesting the Assembly’s support.

Stressing that human security is the key to global security, he expressed shock at vaccine and food disparity in poorer nations while wealthier nations prioritize armaments at the expense of climate, health and equitable recovery.  Noting that in 2021 global military spending increased for the seventh consecutive year to a record high, he called for its reduction and for prioritizing the lives and well-being of people and the planet over profits made from weapons and war.  Peace and security are possible without resorting to nuclear weapons, he stressed, urging other States to sign and ratify the Treaty on the Prohibition of Nuclear Weapons and adhere to the Vienna Declaration and action plan.  He went on to urge the Russian Federation to stop attacking Ukraine, and condemned in the strongest possible terms the “nuclear coercion” taking place at the occupied Zaporizhzhia nuclear power plant in Ukraine, calling on both parties to ensure respect for international human rights law.

Calling for transformation in the global financial system, he pointed out that middle-income countries face significant inequalities that limit growth.  While Costa Rica is home to the highest percentage of poor people and migrants in the world, it is not granted access to official development assistance (ODA) or concessional financing on favourable and fair terms.  He stressed the need to revisit the parameters for allocation of aid, investment and international cooperation, going beyond GPP per capita to take into other aspects such as climate risk, market fluctuations and fiscal stability into account.  Stressing that the threefold crisis of climate change, biodiversity loss and pollution must be addressed, he said Costa Rica leads, with France and the United Kingdom, the High Ambition Coalition for Nature and People, which seeks to protect or conserve at least 30 per cent of the planet — both land and sea — by 2030.  Costa Rica supports the Global Ocean Alliance and has fulfilled the Ocean Conservation Pledge nine years ahead of schedule.  Reiterated the ocean’s role as a resource necessary for the continuity of life on earth, he called for the adoption of a Declaration of Peace for the Ocean, stressing that without a healthy ocean, the Sustainable Development Goals cannot be achieved.  Further he called for promoting An Agenda for Peace; renewing social contracts anchored in trust, inclusion, protection, gender parity and empowerment of women and girls; and for building a more resilient, transparent multilateral system.