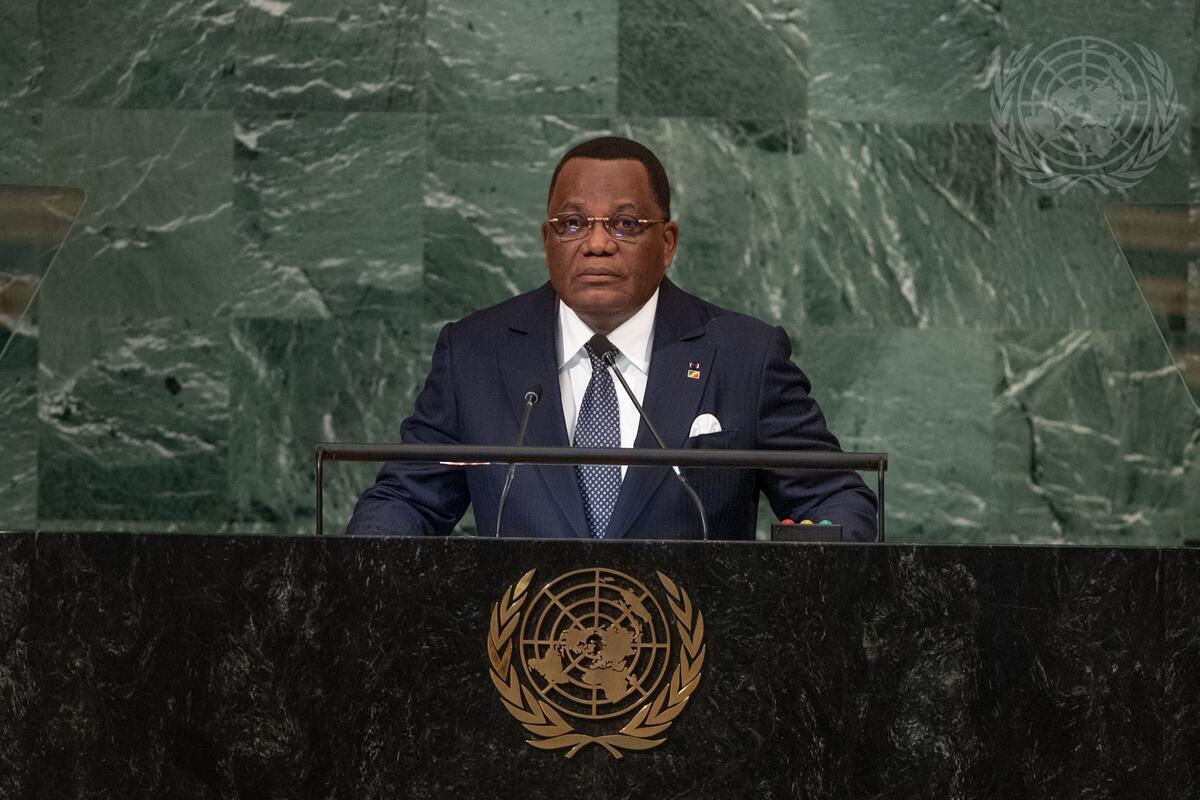 JEAN-CLAUDE GAKOSSO, Minister for Foreign Affairs of Congo, said that the world is witnessing an unprecedented level of crises.  Those crises are increasingly intense, complex and numerous, including insecurity of food, threatened biodiversity and attempts to turn back climate change commitments.  In addition, tensions and hostilities between permanent members of the Security Council are exacerbated, despite its primary vocation being the preservation of peace.  Only a consensual and inclusive approach can help the world find answers, he stressed.  Calling upon not only actors engaged in conflict, but also other powerful nations, he advocated for dialogue and abandoning great Power vanity.  The world, under the auspices of the United Nations, he continued, should without delay commit to just, sincere and equitable peace negotiations.  If not, confrontations could press humanity in an irremediable cataclysm and uncontrollable nuclear war.  As Albert Einstein said, it would be “the last battle that humans would fight on Earth”, he stressed.

Borrowing wisdom from former South African President Nelson Mandela, he emphasized that peace is a long road, but it has no alternative.  This holds true for the Russian Federation and Ukraine as well.  Addressing Russians and Ukrainians directly in Russian, he appealed to stop this mass destruction, because too much blood has already been spilled.  “Think of the youth, think of the future generations, think back to when Russians and Ukrainians stood together and courageously and selflessly fought the Nazi regime in the Second World War and give peace a real chance before it is too late,” he pleaded.  On the situation in Libya, he said that a conference was organized in Brazzaville in July to bring Libyan social and political actors together after failed elections in December.  “We must allow our Libyan brothers and sisters to forgive, renew dialogue and place prominence on justice,” he pleaded, stressing that efforts for reconciliation must be inclusive, constructive and consensus-based.  He welcomed the Secretary General’s appointment of Abdoulaye Bathily as Special Representative for Libya and assured the unconditional support of Congo’s President Denis Sassou Nguesso.

The forests at the basis of Congo are the second largest ecological reservoir in the world with the lowest deforestation rate globally – only 0.06 per cent – however, his country’s people are still waiting on commensurate support by the international community.  Expressing disappointment over the unfulfilled climate change commitments at the Conferences of the Parties in Copenhagen, Paris and Glasgow, he said he hopes that this time, at the Conference of the Parties in Egypt, the global community can go beyond words and allocate significate resources to those vulnerable to climate disruption.  Congo plays its part in protecting the planet, he stressed, and pointed to the Congo Basin Blue Fund and the political forum called “Leaders’ Partnership for Forests and Climate” to be organized with the United Kingdom.  Turning to the Security Council, he said that the organ should be reformed, noting that the inclusion of Africa in the management of world affairs is self-evident as prejudices against the continent have for too long humiliated and unjustly served its people.  Lastly, he called upon the wisdom of the people and leaders of the United States to lift the anachronistic and obsolete trade embargo against Cuba, closing that dark chapter in its relations.