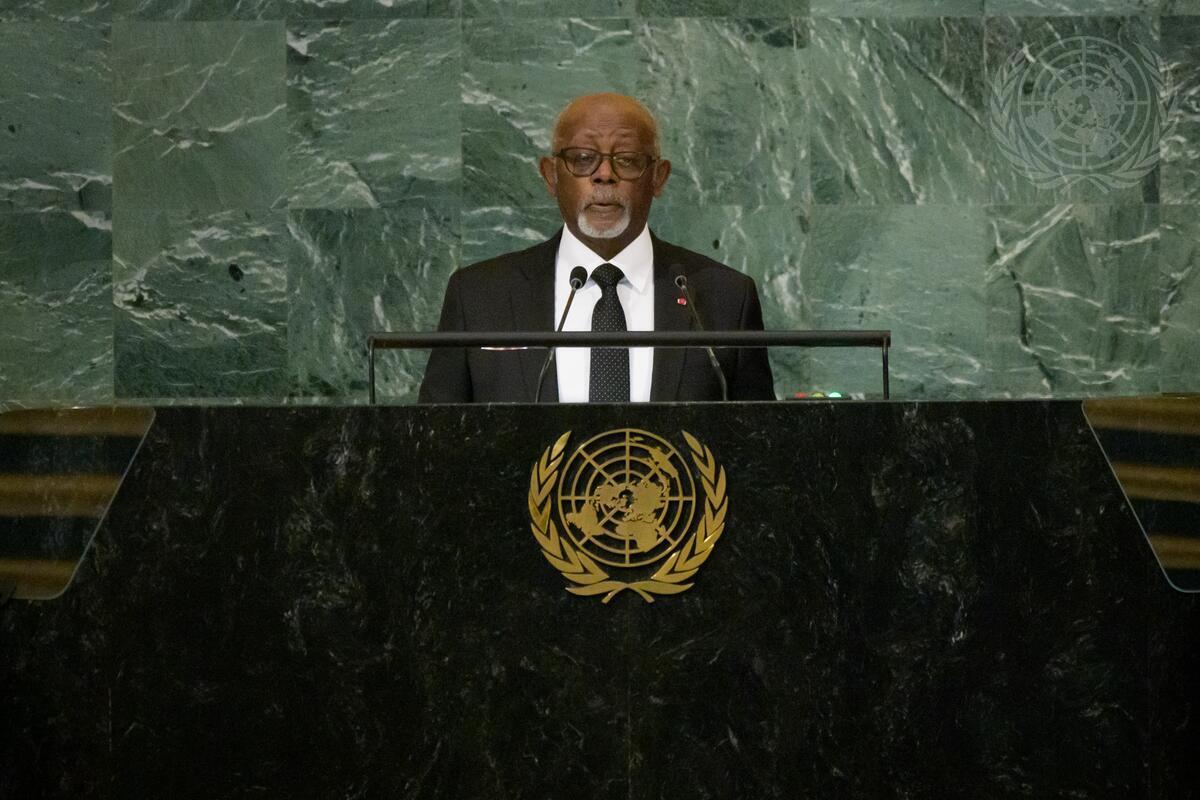 LEJEUNE MBELLA MBELLA, Minister for Foreign Affairs of Cameroon, citing widespread hotbeds of tension, said it is important that the voice of Africa be heard and supported, especially when it is carried by the African Union.  He noted that international commitments on climate are no longer being met or are being met in dribs and drabs, due to selfishness and insufficient political will.  It is no exaggeration to affirm that humanity’s destiny is at stake, he said.  The cycle of the seasons is disrupted and bodies of water like Lake Chad — a source of life and prosperity — are reduced to bare minimum levels.  Calling for mobilizing financial resources for developing countries, he cited the Democratic Republic of the Congo — “one of the environmental lungs of the world” — and efforts by the countries of Central Africa, united within the Central African Forests Commission.  In return, they ask that sufficient financial and technological resources, regularly promised by developed countries, be granted, as well as funding for projects designed within the framework of the “Green Sahel” initiative.  Cameroon has increased its greenhouse gas reduction commitments from 32 per cent to 35 per cent.  Each country holds one of the digits of the access code to this new era, he stated, where the planet can breathe clean air, without carbon but rich in oxygen.

Despite the efforts of the Office of the United Nations High Commissioner for Refugees (UNHCR), host countries and development partners, millions of people continue to flee their homes and their homelands to live in deplorable conditions due to conflict.  “We have a historic responsibility to act,” he stressed.  Cameroon currently hosts more than 500,000 refugees and asylum-seekers, ranking it nineteenth in the world among refugee-hosting countries.  Many regions are suffering from the resurgence of subversive operations carried out by terrorist organizations such as Boko Haram, which is rampant in the Lake Chad Basin.  He renewed the call for a stronger pooling of combat strategies for sovereign States that are victims to track down financing possibilities in order to neutralize them.  He thanked partners who provide assistance to the Multinational Joint Task Force set up to combat and eradicate Boko Haram — which should be increased, taking into account not only the proliferation of regional terrorist groups affiliated with Islamic State but also their increasingly sophisticated means.

On poverty, he noted the Secretary-General’s Our Common Agenda lacks financial and technological means, as well as synergy between partners.  His Government continues to show openness and dialogue to put an end to the socio-political crisis in the north-west and south-west.  The Disarmament, Demobilization and Reintegration Resource Centres created in these regions and in the north welcome and train a large number of young compatriots who have laid down their arms and renounced violence.  The State exercises its sovereign prerogatives throughout the national territory.  Hailing the dynamic action and contribution of the United Nations Development Programme (UNDP), he called on the international community to mobilize more actively to allow the country to continue to remain the haven of peace that it has always been.  Cameroon is committed to implementing democratic projects and promoting a constructive regular dialogue between the different sociological components of its population, as well as members of its diaspora.  He further reiterated support for United Nations reform and a more representative Security Council, in line with the Ezulwini Consensus and the Sirte Declaration unanimously adopted by African Heads of State.