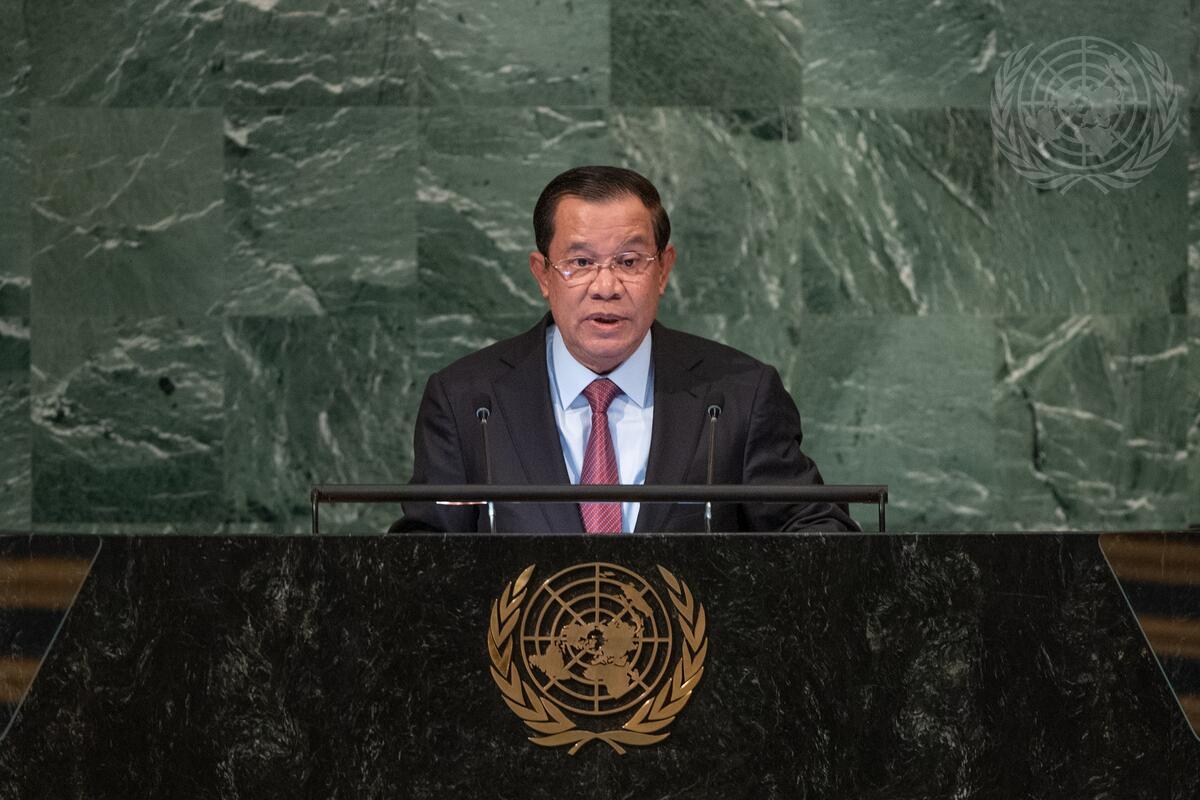 SAMDECH AKKA MOHA SENA PADEI TECHO HUN SEN, Prime Minister of Cambodia, said that the world has been destabilized by armed conflicts, an arms race, and technology and trade wars.  Further, the mounting threats to multilateralism and the war in Ukraine have complicated things worldwide.  He brought attention to the impending nuclear test on the Korean Peninsula as well as United States-China tension over Taiwan.  Describing Cambodia’s current peacetime as “hard-earned”, he expressed the importance of cooperation with the United Nations in upholding international peace and security.

Recounting lessons learned from the pandemic, he advocated for improved vaccine distribution and shared responsibility to prevent future outbreaks.  Turning to climate change, he called for States to honour their commitment to limiting temperature rise to below 1.5°C, allocate appropriate financing and provide technology transfer.  He further expressed concern that the mounting rivalry between the United States and China could hinder economic growth and urged the World Trade Organization (WTO) be strengthened to reduce trade barriers and ensure value chains.

Expressing pride that Cambodia will chair the Association of Southeast Asian Nations (ASEAN) in 2022, he hoped that Timor-Leste would soon become its newest member.  Recognizing that the crisis in Myanmar is complex and deep-rooted, he said “Cambodia is fully committed to helping Myanmar resolve the crisis and all our efforts are aimed at seeking for the cessation of violence, the delivery of humanitarian assistance to those in need, and the pursuit of building trust among all parties concerned to enable an inclusive political dialogue, as mandated by the ASEAN 5-Point Consensus.”

Reporting on successes of his country, he said that Cambodia is one of the countries with the highest rates of COVID-19 vaccination globally.  In this context the country has resumed all previously paused socioeconomic activities.  He thanked countries that provided vaccines through bilateral and multilateral frameworks.  Next, he spoke of how his Government worked with development partners to scale up a cash-for-work programme to improve community infrastructure and employment and a cash-transfer-programme to alleviate poverty.  The Government also implemented several new economic laws and trade agreements with China and the Republic of Korea, and signed the Regional Comprehensive Economic Partnership  treaty.  He added that his country held free and transparent elections in June.  Speaking about cooperation with the United Nations, he noted that Cambodia upheld the life-sentence of the former Khmer Rouge Head of State, charged with the crime of genocide and crimes against humanity.  Justice was made possible through cooperation between Cambodia and the United Nations, he said, and thanked all actors who provided financial resources during the difficult national reconciliation process.