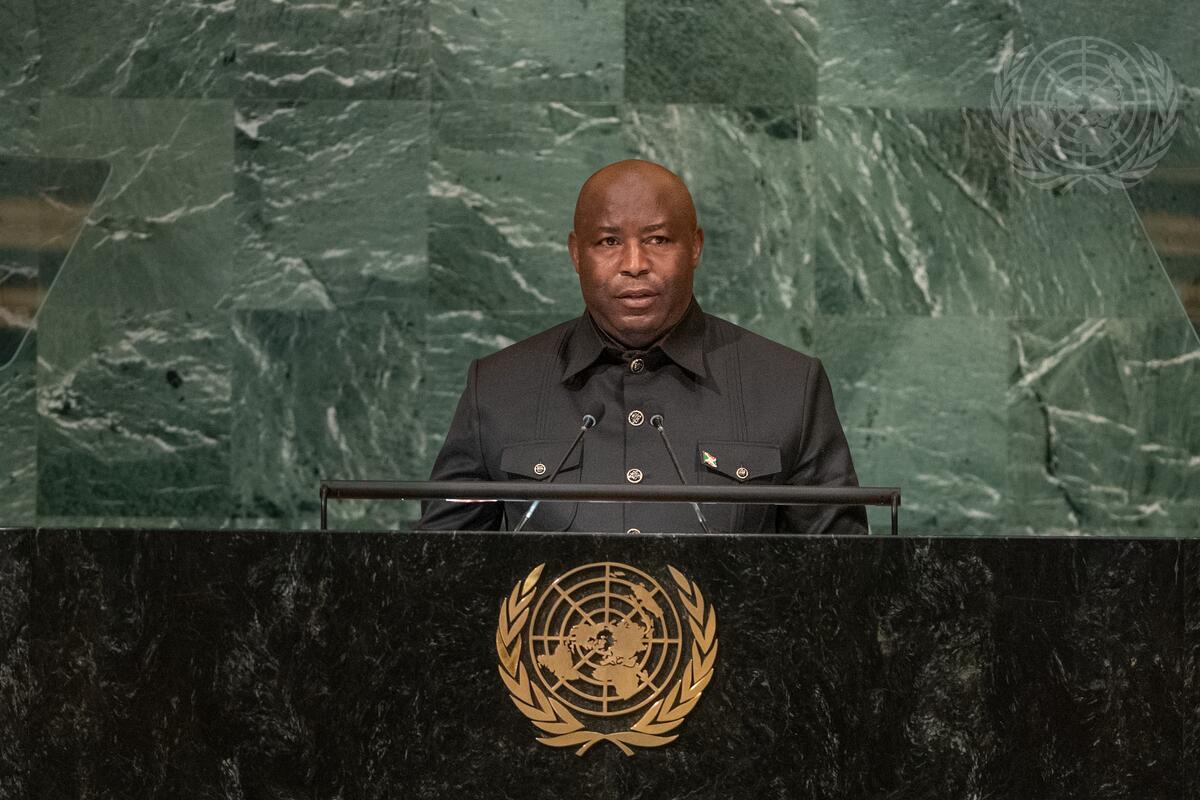 EVARISTE NDAYISHIMIYE, President of Burundi, said that his country was well on its way to socioeconomic development.  He requested the involvement of the United Nations to track down terrorist groups that are beginning to infiltrate the subregion.  He stated that his country is working closely with the Democratic Republic of Congo and the United Republic of Tanzania to achieve an ambitious Uvinza-Musongati-Gitega-Bujumbura-Uvira-Kindu railway project to link the three countries.

Turning to education, he said that in Burundi it is free of charge, which has significantly increased school attendance and reduced dropout rates.  To transform young people into agents of peace and inclusive development, Burundi created an ambitious Economic Empowerment and Employment Programme.  To support this programme, the Government created a young persons investment bank and a support and guarantee fund to facilitate their access to credit.  He underscored that an investment bank for women was created as the Government continues to improve health and education for females.  The Office of the First Lady of Burundi opened a hospital to treat obstetric fistula.  Together with development partners, the office continues to innovate to improve the standard of living of Burundian women.

“Enhancement of economic development of the country particularly includes the development of the agricultural sector”, he stated.  To this end, the Government christened 2022 as the “year of agriculture in Burundi”.  The development programme includes changing peoples’ mindsets and current practices by encouraging them to reach higher and not simply be content with just producing, developing and consuming locally, but also focusing on exports.  In the framework of the environment, Burundi is learning to be resilient towards climate change, not only through practicing sustainable irrigation, but also through activities to protect soil, marking out contour lines, and reforesting land as part of Government-initiated projects.

He went on to say that his country is progressively developing infrastructure and supports production.  The Government has undertaken a vast project to develop the energy sector and seeks to develop a technical and financial partnership in the field of exploration, exploitation and processing of mining and geological products.  Lastly, after mentioning the strengthening of national anti-corruption mechanisms, he said that the coastline of Lake Tanganyika is being developed for tourism.