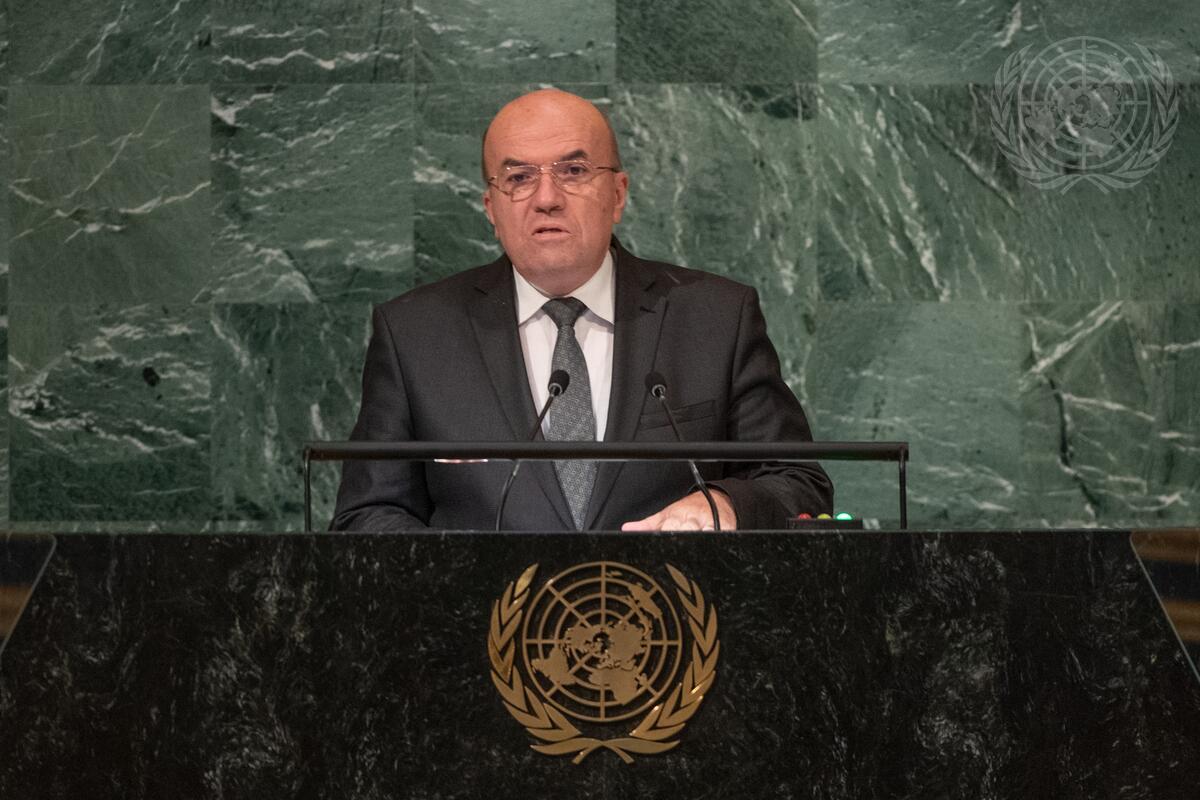 NIKOLAY MILKOV MILKOV, Minister for Foreign Affairs of Bulgaria, said that his country attaches utmost importance to the peace, stability and prosperity in the region of the Western Balkans.  The transformative power of the European Union integration process and the inclusive regional cooperation are the most powerful tools for achieving democratic governance, market economy, political, economic and social sustainability.  “We will continue to support these countries on the path to the [European Union],” he stated.  He also expressed concern over the lack of progress in advancing the Middle East peace process, as well as the recent escalation of tension in the Gaza Strip.  “An enhanced cooperation between international and regional partners is needed to provide political horizon for the resumption of bilateral Israeli-Palestinian negotiations,” he emphasized.  In addition, the human rights situation in Afghanistan and the restrictions imposed by the Taliban on the rights of women, girls’ access to education and on journalists was of great concern.

Turning to the situation in Ukraine, he pointed out that the global food system has already been under pressure even before the war, due to climate change, and the COVID-19 pandemic.  However, the crisis escalated dramatically because of the war, with disruptions in food, energy and financial systems in over 90 countries around the world putting 1.7 billion people at risk.  Commending the deal on resumption of grain exports from Ukraine's Black Sea ports, mediated by the United Nations and Türkiye, he underscored its importance alleviating current food crises.  He also emphasized the need for humanitarian assistance to a number of countries in the global South, particularly in Africa, and specifically in the Sahel and Lake Chad regions that were further exacerbated by the Russian invasion of Ukraine.  “They come as an additional burden on post-COVID recovery efforts,” he said, calling for specific and comprehensive responses to address short-term needs of the countries concerned.

With Bulgaria holding the presidency of the Economic and Social Council, he underlined the importance of emerging economies and sustainable development, as well as to the priorities of the small island States and their specific needs, including their existential struggle with the impact of global warming and the constant rise of sea levels.  He also stressed that education was a solid foundation for future peace, tolerance and sustainable development.  Noting that the COVID-19 pandemic further limited access to education for children in developing countries, he highlighted the active role his country played in the preparation of the Transforming Education Summit.  In regard to the United Nations reform, he expressed his support for the comprehensive reform of the Security Council.  “We have come to a critical juncture where further keeping the status quo is untenable,” he said.  As a result, he advocated for allocation of an additional non-permanent seat in the reformed Security Council to the Eastern European Regional Group.