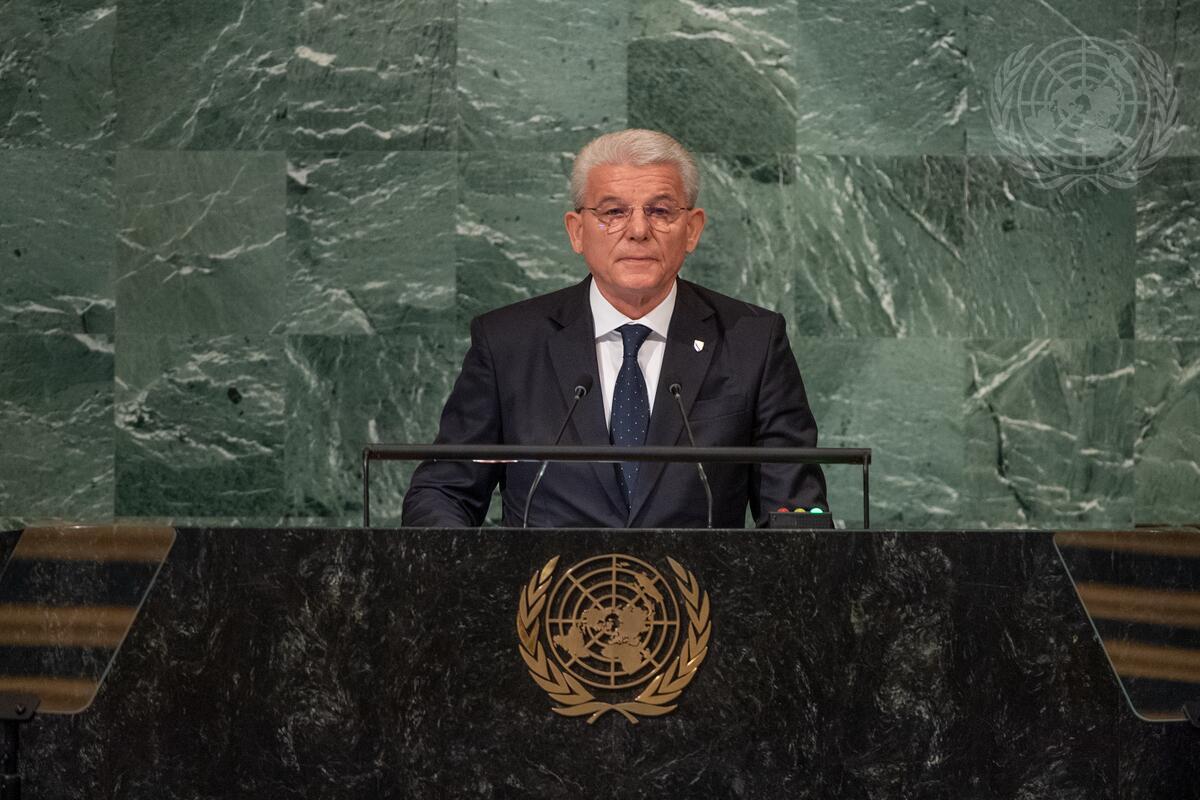 ŠEFIK DŽAFEROVIĆ, Chair of the Presidency of Bosnia and Herzegovina, pointed out that the global order is experiencing tectonic changes as the security architecture of Europe and the wider international framework become “a thing of the past”.  He recalled that the United Nations system was unable to prevent or stop the war in Bosnia and Herzegovina in 1992-1995.  “Unfortunately, that happened again with Ukraine,” he said.  His country supported the resolution adopted by an overwhelming majority of the General Assembly on aggression against Ukraine.  That text expressed support for the territorial integrity and sovereignty of Ukraine and unequivocally referred to the actions of the Russian Federation as aggression.  “Although this resolution does not have the power to stop the war, it does have the power to stop the lies,” he said.

The war in Ukraine, as well as the consequences of the pandemic, led to drastic changes in all spheres of life caused by the energy crisis, inflation and threats to supplies, especially in the food sector.  Global markets and international free trade enable enormous progress in all corners of the world.  Strong economic, security and political interrelations produce an increasingly integrated global framework, where everyone relies on one another in different spheres.  Such interdependence of different parts of the world, however, is the source of vulnerability to the global community.  This became obvious during the pandemic which caused a blockade of traffic and supply channels.  Similarly, in light of the current crisis in Ukraine, wheat exports were blocked in that country’s ports, which endangered developing States in Africa and Asia facing hunger.  Most of his continent is now facing an energy crisis, due to dependence on Russian gas.  “The answer to the energy crisis in Europe is in diversification, in finding new, multiple channels of gas supply and other energy sources,” in addition to increasing international cooperation between States, he said.

The foreign policy goals of Bosnia and Herzegovina are to join the European Union and the North Atlantic Treaty Organization (NATO), he continued.  In 2022, the European Council began the process of considering his country as a candidate for membership in the European Union, provided certain conditions are met.  Bosnia and Herzegovina has made progress on this front and has also been a part of NATO Membership Action Plan.  He pointed out that regional cooperation is among one of its most important foreign policy goals, as the country aims to maintain good relations with its neighbours through mutual appreciation, respect and the principle of reciprocity.