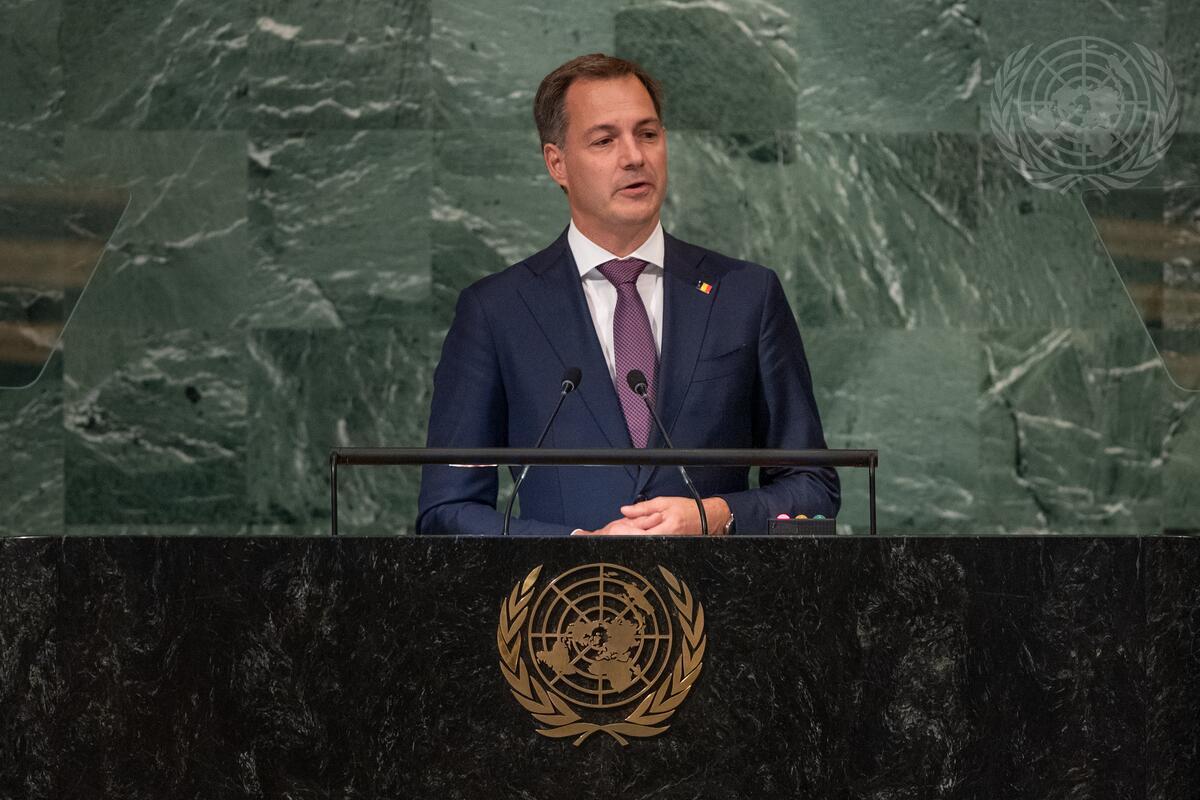 ALEXANDER DE CROO, Prime Minister of Belgium, said that people are living in one of the darkest moments since the birth of the United Nations.  The mission was never again war in Europe, but today gross violations of everything the United Nations stands for are taking place in Ukraine, with the mass graves and torture chambers in Izium as the latest signs of utter brutality in this unnecessary and illegal war, he added.  Calling upon the United Nations to fulfil its calling in the face of aggression and war crimes, he stated that there is no room for neutrality.  Moreover, making peace requires the global community to place the principles of the Charter, now trampled upon by a founding Member, at the forefront again, particularly the principles of territorial integrity and national sovereignty.  Declaring that the war will have consequences for those that waged it and that “there will never be peace without accountability”, he voiced his country’s continued support for the International Criminal Court.  Specifically, he called attention to the fight against sexual violence, calling it one of the most destructive weapons of war, and said that all victims deserve truth, justice and reparation.

This war is not only affecting Ukraine, but it endangers the lives of hundreds of millions in Africa, Asia and Latin America through food insecurity.  He thanked the Secretary General, Türkiye and the African Union in making the Black Sea Grain Initiative possible and shared that Belgium has increased its humanitarian budget to meet the most urgent needs.  This food crisis, he continued, forces the world to address structural weaknesses in agrifood systems and to focus on sustainable and resilient systems through research and development.  Besides food, the Russian Federation’s war is also causing a deep energy crisis.  In this wartime, Belgium is helping its citizens and businesses, calling on their solidarity and strengthening energy independence, particularly by focusing on nuclear and green, renewable energy, he said.  Bringing innovative solutions and expertise to the table with world-leading universities and research centres to the Conference of the Parties in November, he said Belgium will help the world change and adapt, because climate change is the biggest challenge of our time.

In the fight for human rights and democracy, on the eve of the seventy-fifth anniversary of the Universal Declaration for Human Rights, he announced that Belgium is running for a seat on the Human Rights Council for 2023-2025.  This reflects his country’s commitment to multilateralism, support for the international order and rule of law and respect for human rights without distinction, he emphasized.  Promising to not back down on democratic principles or individual rights, outlining the challenges ahead, like the war in Ukraine and the energy and food crisis, he called upon other Member States to respond to the call of millions of people and act.