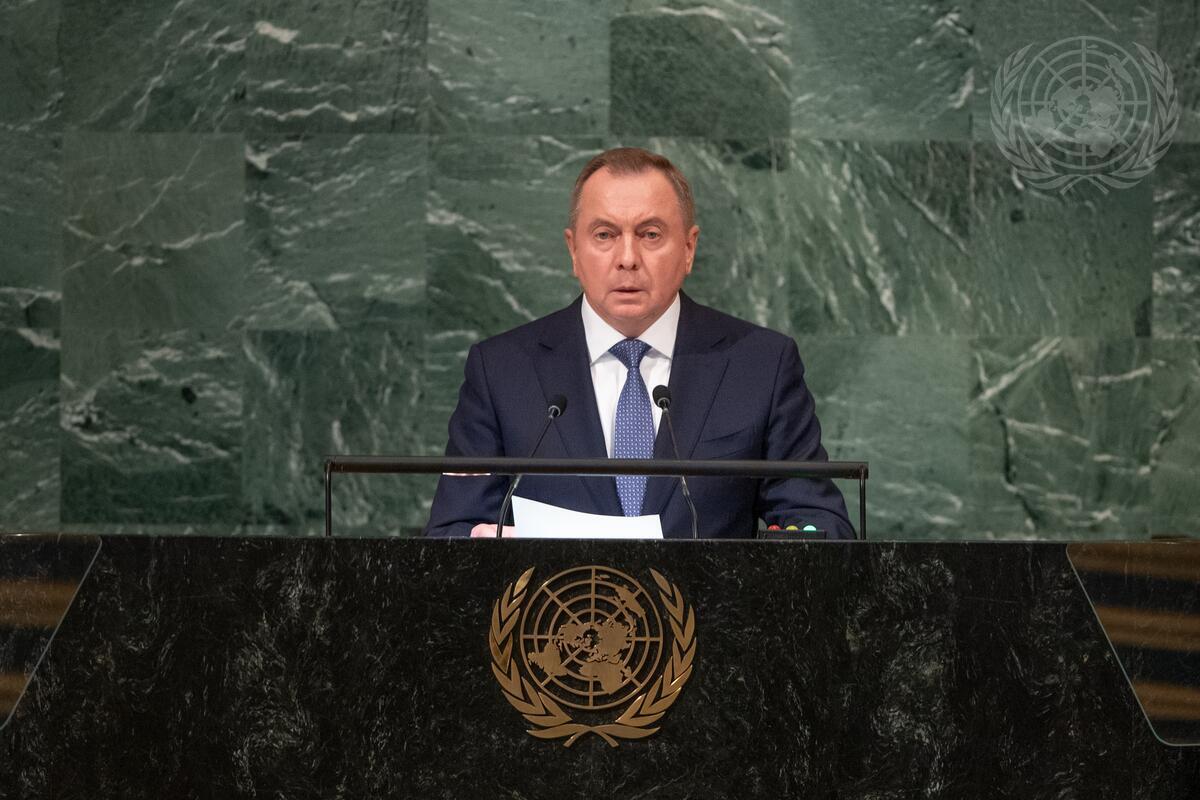 VLADIMIR MAKEI, Minister for Foreign Affairs of Belarus, said the conflict in Ukraine stems from a wider geopolitical chaos, whose causes must be sought in events 30 years ago.  History teaches that epoch-making wars resulting in unfair and humiliating peace terms contain the seeds of future conflicts, and the so-called “winners” of the cold war did not draw on examples from past peacemakers, or the cooperation established during the Second World War by the “Big Three” — Joseph Stalin, Franklin D. Roosevelt and Winston Churchill.  The cold war ended not with an official treaty, he noted, but with some kind of “gentlemen's agreements” and declarations — with the West selfishly offering post-Soviet States only one path:  that of its satellites.  NATO expanded eastward despite arrangements achieved, including via Soviet leaders, trampling upon the vital principle that one party must not seek its own security at the expense of others.  Citing NATO’s involvement in illegal wars in Yugoslavia, Iraq, Libya and Syria — in addition to attempts to encroach on historical Eastern Slavic lands — he said it is the collective West that should fully bear the responsibility for the ongoing bloodshed in Ukraine.

The West, he stressed, further refused to consider proposals that came from its opponents in 2009, when the Russian Federation invited all parties to sign a new European security treaty that would de jure wrap up the cold war.  Succeeding proposals from Belarus in 2017 and Moscow in December 2021 were also ignored.  The West wants to establish a unipolar world, ruled from one hegemonic centre, he affirmed.  While it has dominated the globe for five centuries, he stated that neo-colonialism is no longer an acceptable or viable option.  Noting that when the West was beginning its global ascent, the world witnessed the Copernican revolution of knowledge, he called for a similar “Copernican” paradigm shift today.  The world is too complex a structure to reduce all its problems to a confrontation between so-called “democracies” and “autocracies”.  Economic sanctions aimed to achieve a change of power through food riots — however, most countries have not joined the effort, and Belarus and the Russian Federation are largely self-sufficient and will weather the storm.  Sanctions have also driven up prices in developing countries by 300 per cent over the last half a year, while Africa is facing fertilizer shortages of over 2 million tons.  No matter how some may swagger today, “ordinary people in Europe will have to freeze in the coming winter”, he stressed.

The origins of Ukraine’s problems should be sought in 2004 when the West carried out the first colour revolution, with the second revolution a decade later securing anti-Russian Federation status for Ukraine.  Instigated by the United States and their allies, he said Ukraine has been exterminating the people of Donbas for eight years simply because the local people want to speak their native language, Russian.  Ukraine is paying the price in blood because its politicians bought into deception and disregarded the historical brotherhood of the three East Slavic peoples — Belarusians, Russians and Ukrainians.  However, a ceasefire agreement and comprehensive strategic peace settlement can only be achieved through negotiation.  As a neighbour and an affected country, he insisted Belarus should be part of that process and of final security guarantees.  He called on countries representing the developing world to take the lead on global security, including the Non-Aligned Movement and Brazil, Russia, India, China and South Africa.  Urging an end to mutually destructive rhetoric and fatal total confrontation that leaves no room for diplomatic efforts, he stressed:  “Let us act — lest it becomes too late.”  Belarus is ready to be a vigorously engaged and responsible stakeholder in security processes at the global and regional levels.