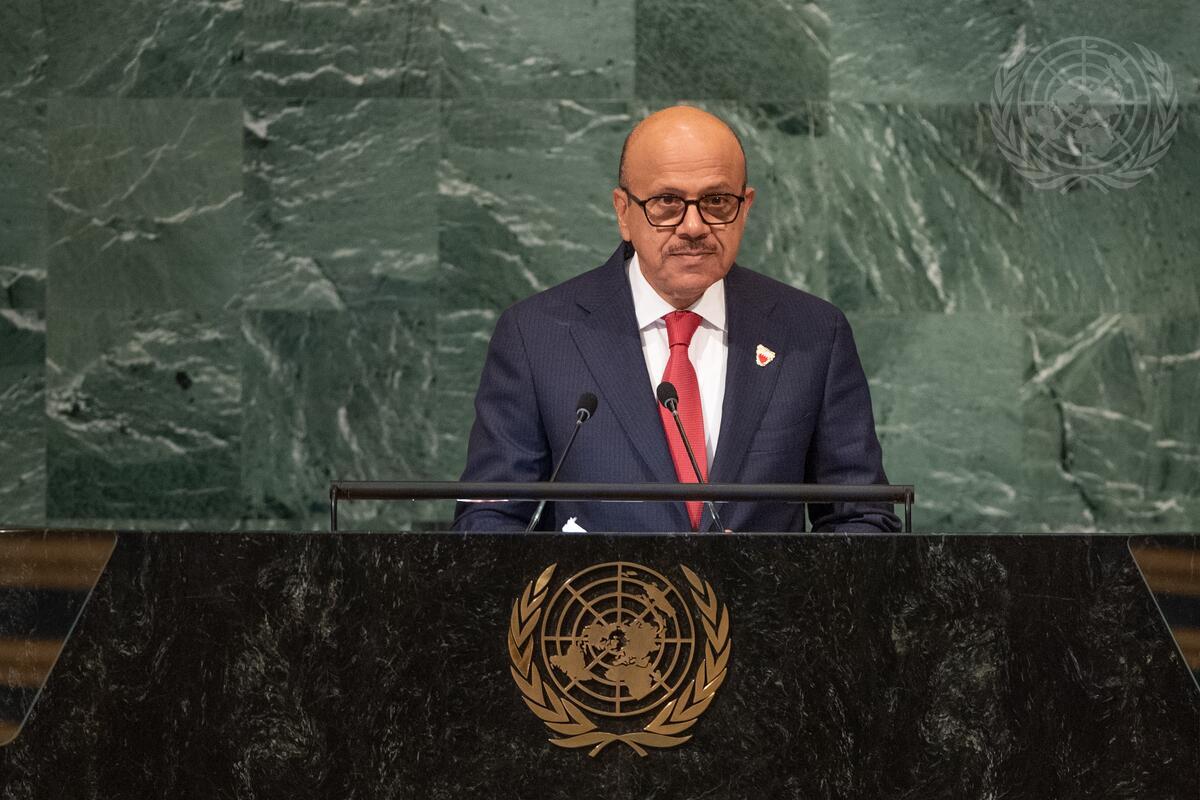 ABDULLATIF BIN RASHID ALZAYANI, Minister for Foreign Affairs of Bahrain, said that armed conflicts and shared economic challenges, if left unresolved, along with the increased threat of terrorist organizations in various parts of the world, would lead to wider conflict with greater destruction, killing, misery, human deprivation and displacement of innocents.  International partnership and joint coordination, at the bilateral and multilateral levels, as well as constructive cooperation between great powers are key addressing these threats.  “In order for us to avoid or prevent future conflicts, we must do everything in our power to resolve disputes or disagreements before they turn violent,” he said, emphasizing the role of the Organization in that regard.

Bahrain has always stressed the need for brotherly relations, respect for State sovereignty and non-interference in their internal affairs, giving priority to dialogue and diplomatic solutions, and peaceful coexistence among all religions, civilizations and cultures.  “The Kingdom of Bahrain has prioritized strengthening integration between the countries of the Cooperation Council for the Arab States of the Gulf and their people and building on the achievements made in following up the outcomes of the Al-Ula Summit”, he said.  Achieving a just, comprehensive peace in the Middle East region depends primarily on settling the Palestinian-Israeli conflict in accordance with a two-State solution, resolutions of international legitimacy, and the Arab Peace Initiative, he said, highlighting Bahrain’s initiatives to this end.  He welcomed the existing truce in Yemen.  He also expressed support for the legitimate historical rights of Egypt and Sudan to the waters of the Nile river, supporting their endeavours to reach a binding legal agreement on filling and operating the Grand Ethiopian Renaissance Dam in a way that benefits all parties, and renewed his country’s solidarity with Morocco in preserving its security and territorial integrity.  Aiming at establishing friendly, balanced relations with all countries in the Middle East, he called on Iran to fully cooperate with IAEA to make the Middle East a zone free of weapons of mass destruction.

Citing his country’s successful actions to tackle the effects of the COVID‑19 pandemic, he said Manama was designated the first “healthy city” in the Middle East by WHO.  He also touched on its economic recovery plan and initiatives to counter climate change, including a commitment to achieve net zero emissions by 2060, doubling green spaces and enhancing the effective use of energy and renewable energy sources, and expressing support for the Green Middle East initiative.  He pointed to the upcoming parliamentary and municipal elections this November on Bahrain’s democratic path as well as instruments and projects to promote human rights.  Finally, he urged the permanent Security Council members to de-escalate and to work on resolving disputes through dialogue and diplomatic means.