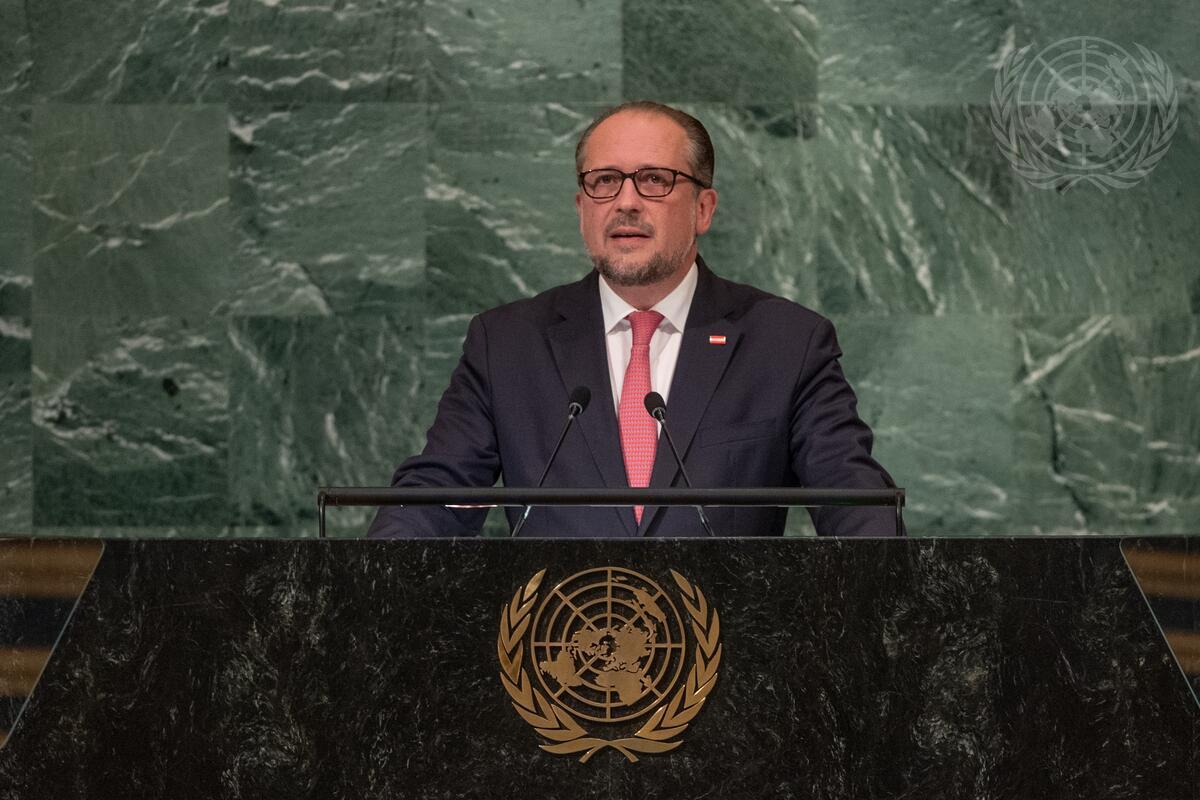 ALEXANDER SCHALLENBERG, Federal Minister for European and International Affairs of Austria, in referencing war’s return to Europe and the Russian Federation’s attempt to “redraw borders using tanks and rockets” and “explicit nuclear blackmail and fake ‘referenda’ in a clear violation of international law”, lamented the illusions of the European peace project in preventing war and resolving crises and tensions through dialogue and diplomacy.  Firmly rejecting the narrative that Europe’s strong reaction is only because of geographic and cultural proximity or that Ukrainians resemble Europeans, he said:  “Russia’s attack was like a geopolitical ice bucket thrown at our face, brutally tearing us from our daydreams of a post-historical, post-national Europe”.

Decrying the war as “an assault against the rules-based international order” and as a breach of the United Nations Charter, he questioned the foundations of security and stability noting that the replacement of the rule of law with the “law of the jungle” threatens all especially smaller countries such as Austria.  Recalling former United States President Harry Truman’s 1945 address to the San Francisco Conference, he said that the “bombs and bayonets” have not lost their truth and validity, pointing out as the Russian Federation has not only targeted Ukrainians but also the world’s most vulnerable countries through the triple crisis in food, energy and finance.  Urging all to not confuse cause and effect, he rejected the narratives connecting shortages with the sanctions imposed by the European Union stating:  “there are no sanctions whatsoever on the exports of grain, oilseeds or any other foodstuff, on the exports of fertilizers or on gas to third countries!  Instead, it is actually the Russian Federation which is cynically using food and energy as a weapon, pushing millions of vulnerable people around the planet into poverty, hunger and debt.”

In advocating for rapid national and global countermeasures to the pandemic, global food and energy shortages, soaring costs of living, rapid technology change, climate change and “a very bumpy road” for the world economy, he reiterated Austria’s commitment to increased spending on development assistance and humanitarian aid for this year and next.  Reminding all of the validity and application of international law especially on the protection of civilians and the respect for fundamental freedoms and human rights, he denounced the unacceptable use of hunger as a weapon and called for accountability for war crimes “whether they happen in Bucha or in Aleppo”.  Expressing Austria’s pride for hosting the United Nations Commission of Inquiry on Ukraine, he pledged continued active support to the International Criminal Court and announced Austria’s candidacy for the Security Council in 2026.  In admitting that the world faces “the most challenging time in our political generation,” he also expressed confidence and hope urging all to “not give in to fear, self-doubt and defeatism.”