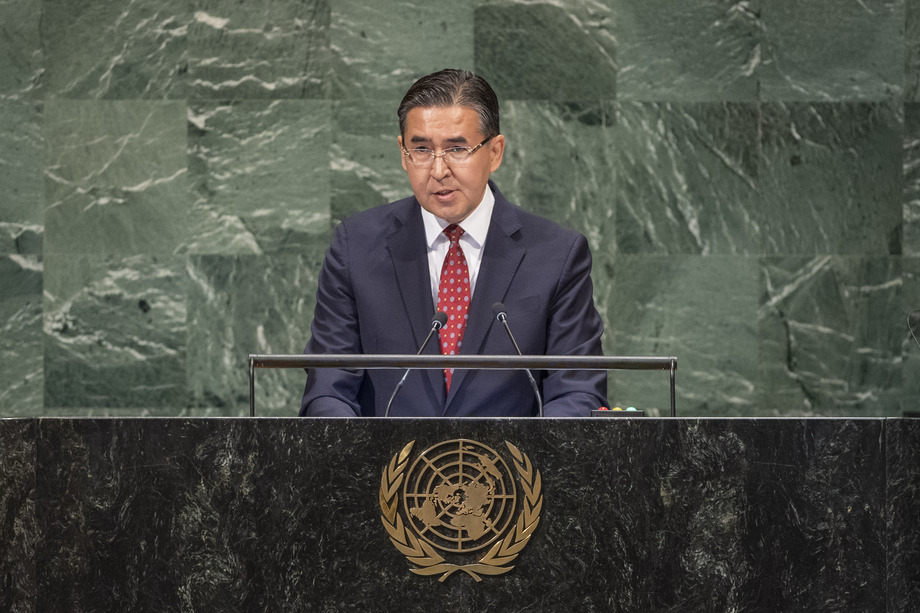 BAKHTIYOR IBRAGIMOV (Uzbekistan) gave an overview of his country’s democratic reforms - including its five‑year Strategy of Actions - with steps being taken to strengthen human rights and judicial independence, improve State governance and liberalize the economy.  Those reforms are irreversible and enjoy broad popular support.  In international relations, however, the world is becoming increasingly unstable, testing the effectiveness of multilateral institutions.  It is therefore crucial to strengthen the central role of the United Nations, including through Security Council reforms.  Noting Uzbekistan’s bid to sit on the Human Rights Council in 2021‑2023, he asked Member States to support its President’s initiative to develop a United Nations convention on the rights of youth and a General Assembly resolution titled “Enlightenment and religious tolerance”.

He went on to say that the situation in Central Asia today is better than it was not too long ago, with a higher level of trust between States and stronger good‑neighbourly relations.  Significant progress has been made in such areas as border demarcation and water management.  In addition, a regional economic forum is being planned for the near future and, in March 2019, Heads of State will meet again in a consultative forum in Tashkent.  “We are now more convinced that we are united not only by our past, but by our common future,” he said, adding that Uzbekistan is proposing a draft General Assembly resolution on sustainable tourism in Central Asia.

A stable Afghanistan – a historical part of the region’s cultural‑civilizational space - is a prerequisite for sustainable development in Central Asia as a whole, he continued, emphasizing his Government’s readiness to create the conditions for organizing direct talks in Uzbekistan between the Government of Afghanistan and the Taliban.  The unanimous adoption of the Tashkent Declaration on Afghanistan in March reinforced the regional and global consensus on the need to launch those talks as soon as possible without preconditions.  Negotiations between the Government of Afghanistan and the Taliban, in the interest of the multinational Afghan people, would be a solid basis for advancing Afghanistan’s peace process, he stated.