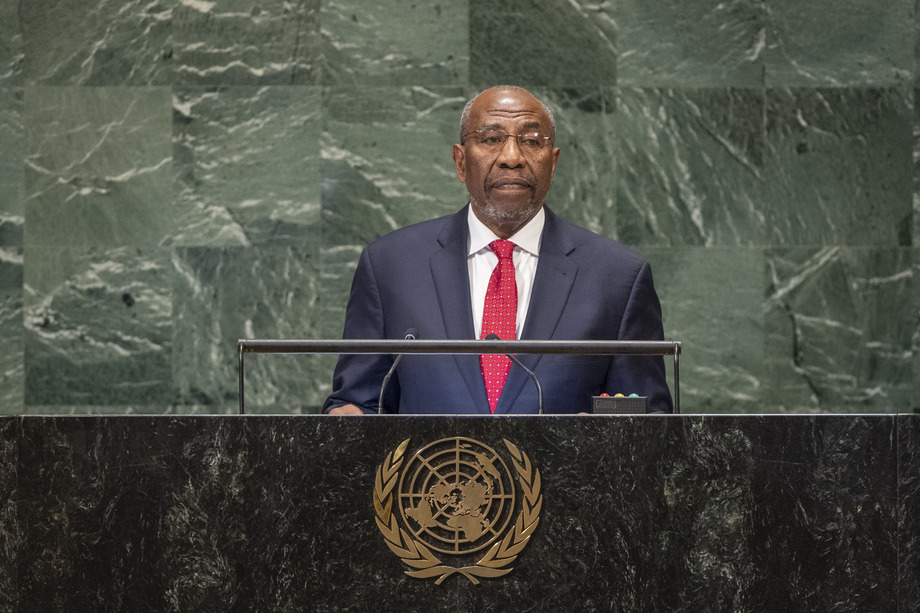 RUHAKANA RUGUNDA, Prime Minister of Uganda, said that his country’s development transformation cannot take place without peace and security.  Uganda must be unwavering in its resolve to combat terrorism.  Religious extremism and terrorism from groups like Al‑Shabaab and Boko Haram severely threaten security and development.  The threat is compounded today given the possibility of the linkage between terrorism and proliferation of weapons of mass destruction.  Uganda remains committed to multilateralism as a means of achieving comprehensive and equitable solutions to global challenges.  To respond successfully to global crises, the international community needs an efficient multilateral system.

Uganda supports comprehensive reform of the Security Council, he continued, noting that African issues dominate the body’s agenda.  For a continent of 54 countries, Africa must have a bigger voice in the global political debate.  This would also help increase the legitimacy of Council decisions.  Strengthening South‑South cooperation is also essential for the achievement of the 2030 Agenda.  In the 40 years of its existence, South‑South cooperation has proven to be a valuable avenue for building capacity and promoting development in developing countries.

He said that since the deployment of the African Union Mission in Somalia (AMISOM) some 11 years ago, the country has seen tremendous progress.  The Somali Government, previously based out of the country, moved back to Mogadishu in 2007.  More than 80 per cent of areas dominated by Al‑Shabaab have been liberated.  Such positive developments would have hardly been possible without the contribution and sacrifice of the Mission and Somali security forces.  Thus, any reduction in Mission troops must correspond with the strengthening of Somali troops.  On South Sudan, he welcomed the recently signed revitalised Agreement on Resolution of Conflict in South Sudan.

Climate change remains a major challenge to Uganda achieving sustainable development, he said, expressing support for the climate pact signed in Paris.  “We must continue to muster the necessary political will to fully implement the agreement,” he stressed.  Financing the most vulnerable countries is critical for their ability to mitigate climate change.  The adoption of the 2030 Agenda coincided with the onset of what would become Uganda’s single largest refugee influx in history.

“We now host 1.4 million, the largest number of refugees on the African continent,” he said.  Uganda remains committed to ensuring its refugee model is consistent with the New York Declaration.  “We do this because we know that no one chooses to be a refugee and understand the critical importance of treating refugees humanely,” he continued.  The new Global Compact on Refugees will help share the responsibility and burden among all Member States.