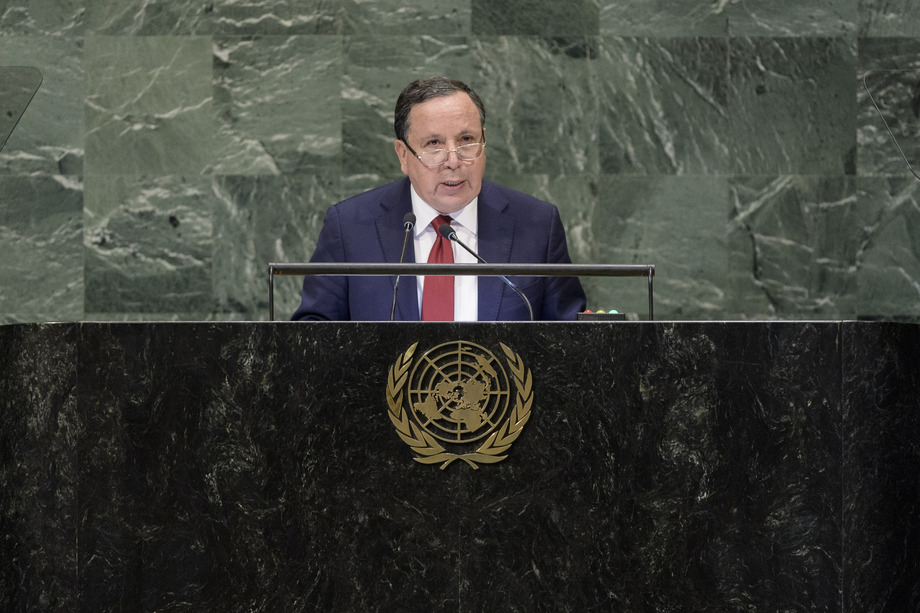 KHEMAIES JHINAOUI, Minister for Foreign Affairs of Tunisia, voiced support for efforts to render the United Nations better able to confront modern‑day challenges, build peace and security, and promote sustainable development.  Those issues are a common responsibility of all people, he stressed, spotlighting the need to address conflict hotspots, bridge inequality and shore up efforts to combat terrorism and organized crime.  Promoting human rights is also critical, he said, voicing support for the Secretary‑General’s major reform proposals in management, peace and security, and development – as well as for financial support to those reforms by all nations and the strengthening of the General Assembly’s role.

Tunisia continues to enhance its democratic governance and build up its national institutions, he said, noting that 2018 saw further steps to fight corruption and enhance good governance.  Municipal elections were successfully held with the strong participation of women and youth.  Noting that Tunisia views the protection and promotion of the human rights of all its citizens as one of its international obligations, he described the establishment of a new committee to promote the empowerment of women.  Achieving economic reform and civic peace also requires the strong inclusion of young people, the continuation of reforms, accelerating the country’s growth rate, creating job opportunities and encouraging investment.

Despite recent regional developments and their impacts on Tunisia, there have been strides in each of those areas, he said.  For example, the tourism sector has been recently revitalized and is drawing new foreign investment.  Underlining the importance of partnerships with neighbours in the region as well as States around the world, he said such cooperation will promote all their interests.  Noting that terrorism is one of the gravest challenges facing both his country and the international community as a whole, he expressed support for the United Nations Office of Counter‑Terrorism and other global efforts to combat that phenomenon.  “Facing up to extremist ideologies and immunizing societies – especially youth – from the currents of terrorism is extremely important to us,” he said, voicing particular support for information sharing among States and for national efforts to strengthen security while fully respecting human rights and the rule of law.

Meanwhile, he said, the phenomenon of migration remains both an important exchange between nations as well as a global challenge.  Calling for efforts to address the root causes of today’s forced migration - including exploitation, poverty and the absence of sustainable development – he said the two compacts on migration slated to be finalized in Morocco in December should become road maps forward on that critical issue.  He said that while he understands some States’ apprehension, extreme ideas around the issue of migration must be avoided.  He voiced support for the plight of the Palestinian people, the two‑State solution and the work of the United Nations Relief and Works Agency for Palestine Refugees in the Near East (UNRWA), while also expressing concern about the situation in Libya and other parts of the African continent.  Furthermore, he underlined his country’s readiness to take up a non‑permanent seat on the Security Council from 2020 to 2021.