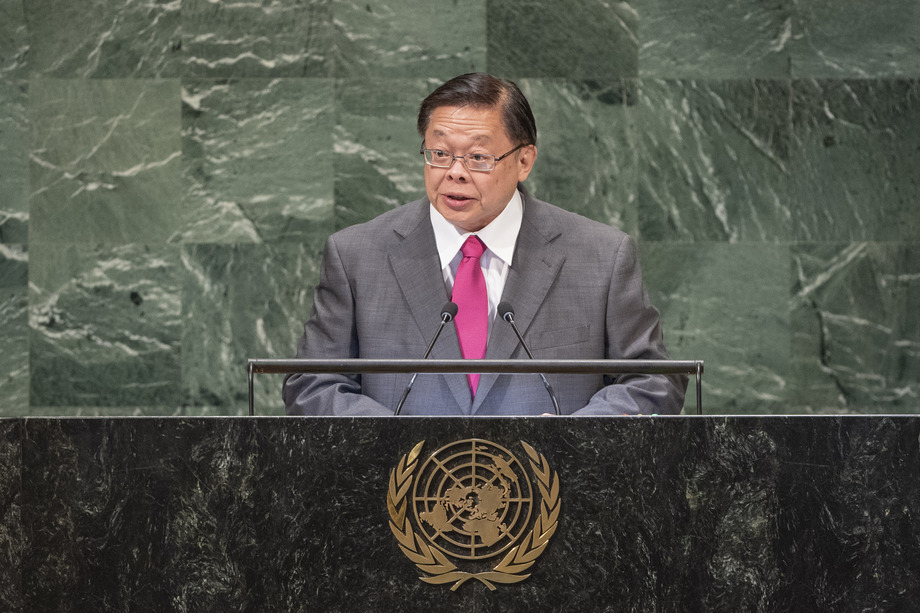 VIRASAKDI FUTRAKUL, Deputy Minister for Foreign Affairs of Thailand, voicing support to make the Security Council more representative, inclusive and democratic, also lauded the 27,000 Thai military and police officers who have served in more than 20 peacekeeping and related missions.  Stressing that his country was one of the first States to ratify the Treaty on the Prohibition of Nuclear Weapons, he pointed out that all 10 Southeast Asian Nations have now ratified the Comprehensive Nuclear Test Ban Treaty.  Southeast Asia has taken the first step towards a nuclear‑weapon free region, he said, adding:  “Why not the rest of the Indo-Pacific countries?”

On a national platform, his Government is committing to wide‑spread reforms towards implementing the Sustainable Development Goals, he said, adding that local communities, in urban and rural areas, are being empowered to change for the better.  Such reforms are based on the public‑private‑people‑partnership principle whereby the three sectors are united and engaged.  In realizing Sustainable Development Goal 14, Thailand is the first Asian country to join a global initiative to clean up the oceans around tourist hotspots, he added, recalling that his country hosted a meeting of ten Association of Southeast Asian Nations (ASEAN) countries with China to map a regional strategy as well.  It is also working on raising public awareness on climate change and cooperating with countries in the region to mitigate the risks of natural disasters.

In addition, Thailand is finalizing its Fourth National Human Rights Plan for 2019 to 2023, with an aim to address a range of human rights challenges, including access to land and natural resources, rights of lesbian, gay, bisexual, transgender and intersex persons, human rights defenders and freedom of the press.  To that end, Thailand will make the private sector an indispensable partner, as well as engage with civil society.  Other efforts include a number of new laws, including the Land Tax Bill to reduce the gap between the rich and the poor, and the Prevention and Elimination of Forced Labour Bill to protect the rights of workers along with tackling trafficking in persons.  Also recently ratified was the International Labour Organization’s protocol to Convention 29 on Forced Labour.  “The Government’s policies aim at addressing human rights challenges in a structural manner and laying the foundation for a sustainable democracy in Thailand,” he said.

Thailand’s commitment to peace and security, development and human rights has contributed to its stability and prosperity, he underscored.  In the past four years, its gross domestic product has grown from 0.9 to 3.9 per cent, national competitiveness has risen and tourists have returned to the country.  The maternal mortality ratio, mortality rate of children and people’s access to universal health and education, as well as female employment have all improved.  In 2019, as Thailand becomes the chair of ASEAN, it will strengthen the Association’s partnership with the United Nations and seek to foster the creation of a truly people‑centred community where no one is left behind.  His country also seeks membership in the United Nations Economic and Social Council for 2020‑2022 to support the advancement of the 2030‑Agenda, he added, pointing out that it will contribute $200,000 to the Special Purpose Trust Fund to reinvigorate the Resident Coordinator System.