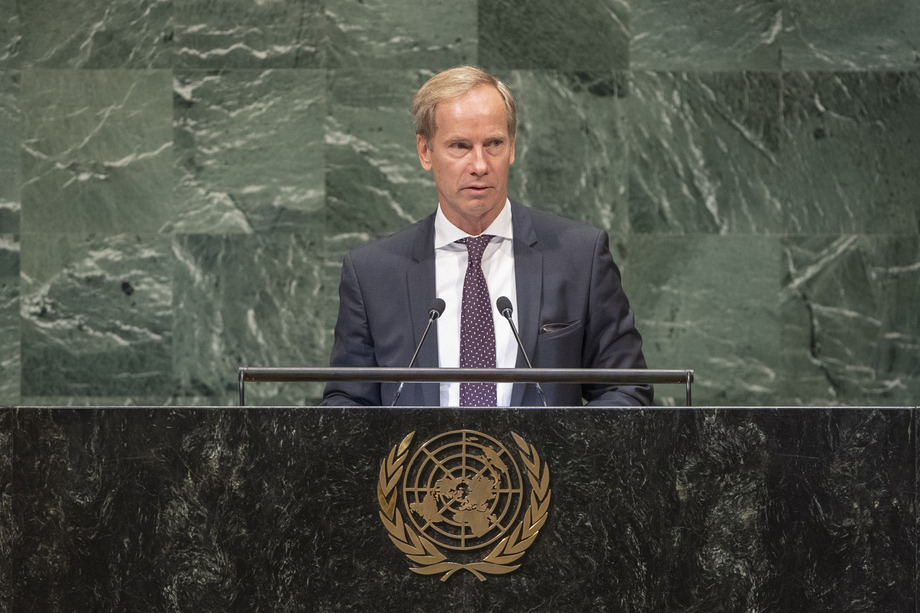 OLOF SKOOG (Sweden) said the passing of former Secretary‑General Kofi Annan reminded the world of the unique value of the United Nations and the responsibility of its members in promoting peace, development and equal rights.  Indeed, Sweden believes in international cooperation, shared responsibility and participation, as well as a rules‑based order where international treaties and agreements are respected.  Condemning the disrespect for international humanitarian law, he called for diplomatic solutions to entrenched conflicts as well as the increased participation of women in peace processes to better build and sustain peace.

However, in too many instances the Security Council has failed to deliver on its promises to those it is meant to serve, he continued.  In Syria and Yemen — two of the worst humanitarian disasters of our time — humanitarian access is continuously denied and international humanitarian law blatantly disregarded, he said.  Meanwhile, the suffering of the stateless Rohingya population of Myanmar continues.  Noting that Myanmar has systematically failed to condemn, investigate and prosecute perpetrators, he called on the international community to shoulder its responsibility and act to end its impunity.  He went on to highlight the Middle East peace process, saying that it remains an “illusion” that is rapidly unfolding.  Indeed, 70 years after the United Nations partition plan, fulfilling the promise of a two‑State solution seems very far away.

In the face of ongoing conflicts, humanitarian efforts must be reinforced and protected, he continued.  For its part, Sweden increased its financial contributions to the United Nations‑led global humanitarian response system and improved the effectiveness of its common efforts through engagement in the Grand Bargain process.  Citing the Horn of Africa as an encouraging example, he said positive dynamics in the region are a testament to what a difference courageous leaders and peoples can make.  After years of escalation, high tension and mistrust on the Korean Peninsula, he also expressed hope that a political solution can emerge in that region, emphasizing the common goal of complete denuclearization, peace and reconciliation through diplomatic means.