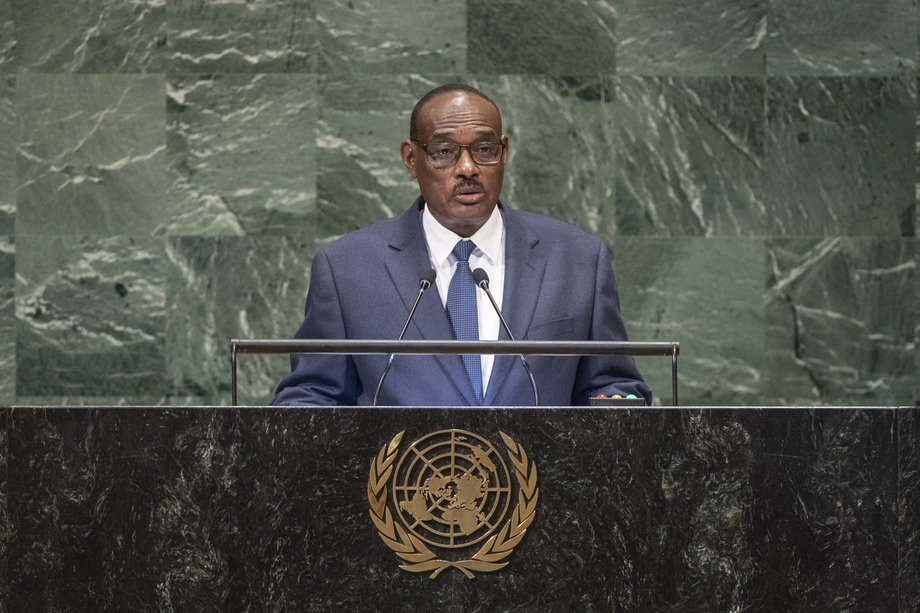 ELDIRDIRI MOHAMED AHMED, Minster for Foreign Affairs of Sudan, welcomed the leadership role of the United Nations to promote sustainable development, serve humanity and confront challenges.  He commended the partnership between the United Nations and African Union in Darfur as well as the donor countries that promote stability and finance development projects.  He also underscored his Government’s successes and the tangible results of a national campaign aimed at collecting small arms and light weapons.  This has led to a reduction in crime and has curbed drug and human trafficking.  He further commended the role of the African Union-United Nations Hybrid Operation in Darfur (UNAMID).

Negotiations are the only path to peace, he continued, calling for the opening of humanitarian corridors so that aid can reach people in need.  Sudan’s Government has made ample effort to implement economic and fiscal reforms to reduce poverty and achieve sustainable development.  However, despite efforts to mobilize local resources, unilateral sanctions imposed on Sudan have undermined its development and ability to engage in development activities.  Sudan has the potential to achieve food security in the region, he said, adding:  “You have to support our initiatives in that respect.”

Sudan did not support terrorism and must be lifted from the list of countries that does, he stressed.  His country was and remains a sincere defender of justice and international cooperation.  Unfortunately, the selective approach adopted by the International Criminal Court has caused it to lose its impartiality.  He aligned his country’s position to that of the African Union, adding that the Court is nothing but a political tool.  Turning to the migrant and refugee issue, he noted that his Government has hosted more than three million refugees despite the harsh realities it faces.  He urged the international community to provide his country with financial support in this regard.

“We should not link any religion to terrorism,” he went on to say, adding that his Government rejects all forms of terrorism to achieve political objectives, including Islamophobia, abuse of religion and the spread of hatred.  He also called on the international community to support regional initiatives to deal with various issues on the continent from conflict resolution to resource management.  Small and light weapons have a direct relationship to transnational organized crime and must be dealt with.  Welcoming the recently signed peace agreement with South Sudan, he further commended the efforts of the Intergovernmental Authority on Development (IGAD).  Acknowledging that the separation of South Sudan from Sudan was not easy, he said that Sudan has made many sacrifices for South Sudan.  More so, those who doubt must give peace a chance.