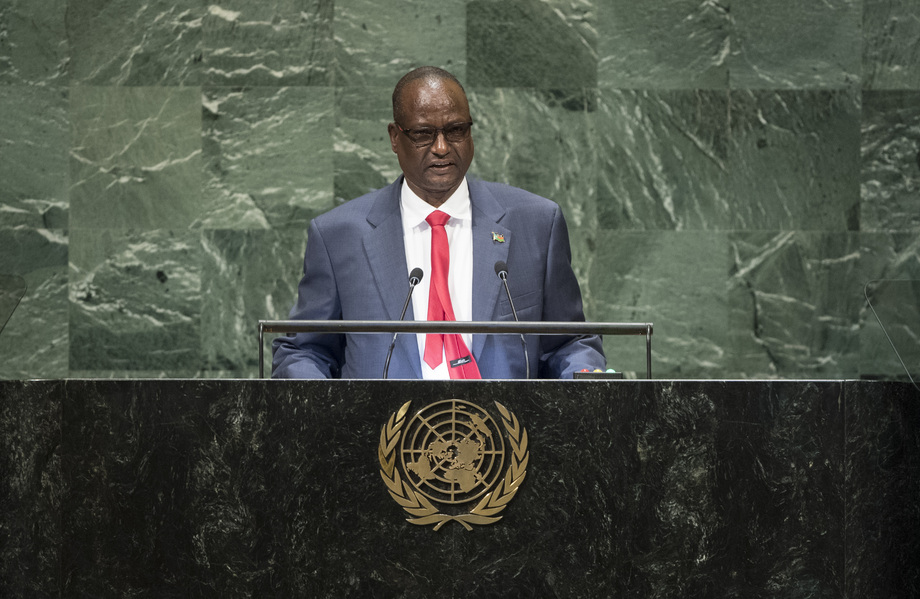 TABAN DENG GAI, First Vice‑President of South Sudan, highlighted how his country is heading towards peaceful stability.  With the continued support and goodwill of regional and international partners, it was on schedule to hold free and fair general elections after a transitional period of 36 months.  The path forward began at the thirty‑first Extra‑Ordinary Summit of Intergovernmental Authority for Development (IGAD) Heads of State and Government on the Republic of South Sudan of 12 June in Addis Ababa.  They aligned the need for a High‑Level Revitalization Forum of all the parties to the Agreement on the Resolution of the Conflict in the Republic of South Sudan.  This process included new stakeholders and various groups including civil society, women’s groups, religious leaders, youth and eminent personalities as observers.

He went on to say that the purpose of the Forum was threefold, including instituting a permanent ceasefire, giving fresh impetus to the inclusive implementation of the provisions of the Agreement, and agreeing on new realistic timelines and implementation schedules towards democratic elections at the end of the Transitional Period.  His Government embraced the Forum for the Agreement.  Its objectives were clearly aimed at bringing about a comprehensive and lasting peace.  The signing of the Khartoum Declaration of Agreement between the parties to the conflict took place on 27 June.  On 12 September, all parties signed the final Revitalized Agreement on the Resolution of the Conflict in South Sudan.  In addition, the Transitional Government of National Unity has embraced the Agreement’s full implementation and is ready to welcome forces from its guarantors to monitor implementation.

Along with the aim of achieving lasting peace is the establishment of mechanisms to tackle impunity and accountability, he continued.  In the recently decided Terrain case, the Government interviewed the victims in order to hold the individuals responsible to account.  With the support of the United States Government, a detailed investigation and evidence gathering process enabled victims to identify their attackers and ensure that the law was able to prosecute those accountable to the full extent possible.

As national healing is sought, President Salva Kiir has empowered a cross‑section of community representatives and mediators to set up the National Dialogue and other grassroots “people to people” peace initiatives, he noted.  The National Dialogue was launched to conduct a multi‑layered approach to repairing the social fabric.  It has been heavily criticized by some external observers, mainly because of the misconception that it was considered as a substitute to the peace talks.

However, he pointed out that that was not the case.  At the launch of the National Dialogue in 2015, its aim was to create a forum in which the causes of conflict could be discussed, and among other things to ask the people important questions such as those of national identity, governance and the relationship between the communities, including causes of intercommunal conflict.  The grassroots component has been the most effective.  The process allowed those who had not had an opportunity to have their voices heard to put across their various viewpoints.  The reports were candid in nature, as the communities were allowed to express their opinions freely without fear of repercussions.