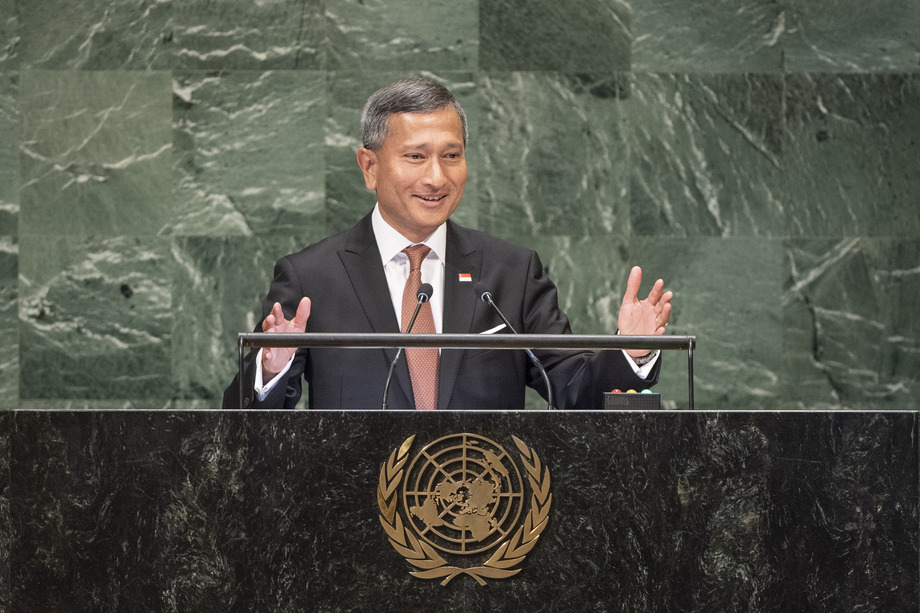 VIVIAN BALAKRISHNAN, Minister for Foreign Affairs of Singapore, noting that multilateralism is at a crossroad, acknowledged that sometimes, it has been oversold as a panacea.  Nonetheless, in this perilous period of transition for the international community, he emphasized that “we cannot abandon the rules‑based world order that has brought about unprecedented peace and prosperity for seventy years”.  Compliance with agreed rules is not only essential for global stability and the governing of the global commons, but also for the survival of small States such as his.  Globalization has not benefited everyone equally and pockets of poverty and hunger continue to persist around the world.  Further, frictions between the United States and China have raised the spectre of a trade war.  The negative impacts of protectionism will ripple through the global supply chain and undermine growth, he cautioned.

Noting the urgent need to promote the adoption of rules and norms in cyberspace, he urged the international community to develop a trusted and open cyberspace underpinned by international law.  The International Telecommunication Union (ITU) had ranked Singapore as the country most committed to cybersecurity in its 2017 Global Cybersecurity Index; yet in July, one of Singapore’s health databases was subject to a deliberate, targeted and sophisticated cyberattack.  His country was ready to contribute to the Organization’s work in developing norms and rules on cybersecurity, and especially supported the reconvening of the United Nations Group of Government Experts and the continuation of its work.

Turning to regional cooperation, he added that as Chair of the Association of Southeast Asian Nations (ASEAN) this year, Singapore will continue to work with partners to ensure that the regional architecture remains open, inclusive and rules‑based.  Member States of that regional group are committed to the peaceful resolution of disputes through a multilateral process.  Expressing concern about the situation in Rakhine State in Myanmar and condemning all human rights violations, he noted that the crisis is complex and deeply rooted and will not be resolved overnight.  The Independent Commission of Enquiry established by that country’s Government must carry out impartial investigations.  In addition, the voluntary return of displaced persons to Myanmar in a safe, secure and dignified way should commence without delay, he urged.

Turning to the developments on the Korean Peninsula, he noted his country’s small contribution towards easing tension by hosting the summit between the United States’ and the Democratic People’s Republic of Korea’s leaders in June.  The Summit, as well as the three inter‑Korean dialogues held this year are important steps towards lasting peace and stability on the Korean peninsula.  As members of the United Nations, he concluded, all States have a responsibility to work together to improve and adapt the multilateral system built painstakingly over the last seven decades.  “We owe it to our people, to find solutions and to build consensus,” he underscored.